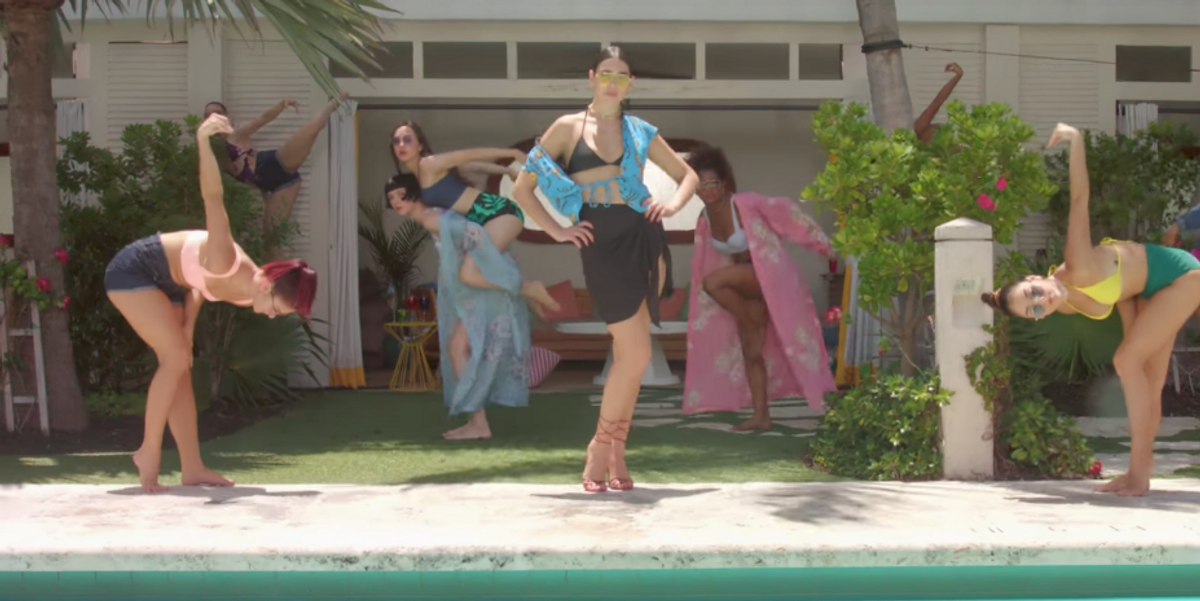 British pop singer Dua Lipa released the super stylish visuals for her breakup track "New Rules" from her self-titled debut album and we're in love with her self-empowered summer vibes.

Filmed at Miami Beach's Confidante Hotel by Henry Scholfield, the video shows the singer leaning on her group of pastel-clad friends as she tries to break away from the pull of an errant lover using her 'new rules.' By the end of the video, Dua is strong and assured enough to pass the rules onto the next friend stuck in the vicious cycle of loving someone who doesn't love you back.

It's easily the dark-pop singer's strongest video so far, and we can't wait to see what comes next.

Dua is currently hitting the festival circuit before kicking off a tour for her album this follow, in addition to supporting Bruno Mars' 24K Magic World Tour into next year.