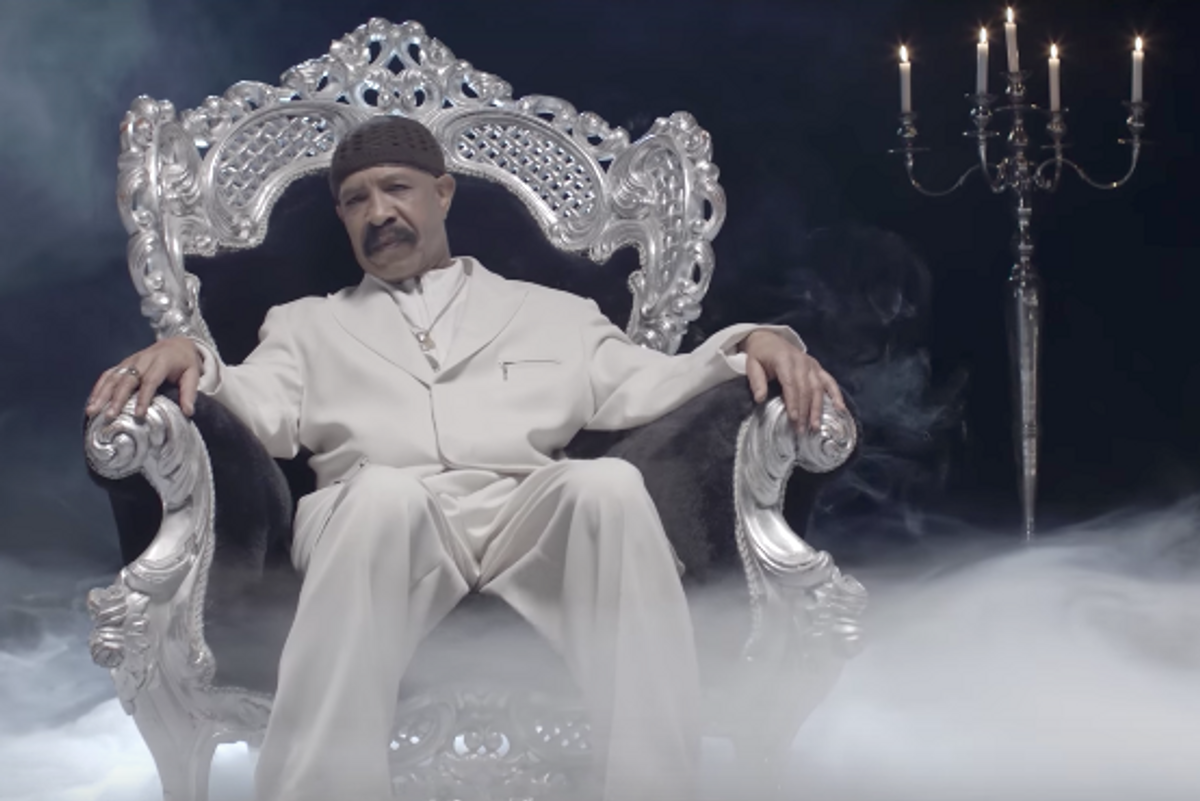 Drake was certainly not the first musician in the Graham family, and he is most definitely not the only member of the Graham family to fuck around with a throne. His father, former drummer Dennis Graham, released a super silky R&B track last year called "Kinda Crazy," and has finally released a video to match. The video itself is very simple – amidst the splashy Niles Rodgers-style guitars, Graham wears an OVO chain as he luxuriates on a silver throne while a fog machine billows around him. He then takes his sweet time entertaining some blonde PYTs over dinner at a swanky restaurant, and from the vibe it definitely seems like nobody will be fighting at Cheesecake tonight. This is the pure finesse that Drake is dedicating his life to emulating, and it is a glory to behold.

The video has certainly been a long time coming. Clips from the video were shared on TMZ in late 2016, but the full video was never released, assumedly due to Graham's frustration at sluggish sales of the single. Last December, in a since-deleted Instagram post, Graham called out his "so called friends" for not buying his music before cancelling the video's Hollywood release party:

"I will be deleting all my so called friends on Instagram who hasn't purchased my 1.29 Kinda Crazy single how cheap can friends be have a nice life!!!!!!! As of midnight tonight you will be a faded memory, you know who you are, and you can also see that all you a**holes that are making what you think are funny comments has been blocked."

We're not sure what made Graham change his mind and share this treasure with the world, but it might have something to do with his recent appearance in Drake's ads for his Virginia Black whiskey with "Kinda Crazy" as the backing track. Whatever the reason, thank you Dennis Graham for making my morning 100% more grown and sexy.