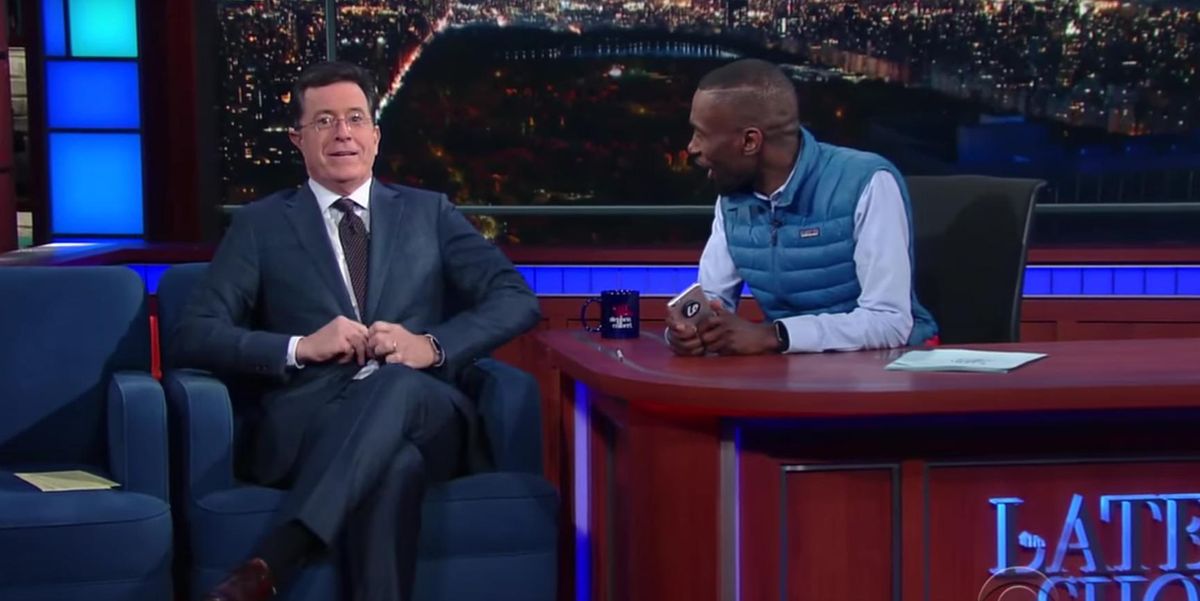 Last night, activist DeRay McKesson popped by The Late Show to talk about Black Lives Matter with host Stephen Colbert, as well as to introduce Campaign Zero, his new "10-point platform for ending police violence." However, the best part of the interview came when Colbert acknowledged that he's probably one of the most privileged white guys out there and subsequently invites McKesson to help him identify what he can do with his power, which his guest eloquently sums up as "It's about role, it's about access."

"What you can do is extend that privilege so you can dismantle it," McKesson continues. "You can create opportunities for people, you can amplify issues in the way that other people can't, and you can use your resources to create space for people." A statement that prompts Colbert to switch seats with McKesson, in what seems to be a genuine gesture of respect -- though he then seems to spend the rest of the time puttering a little about what else he can do.


Either way, watch the clip below for some great wisdom courtesy of McKesson himself.