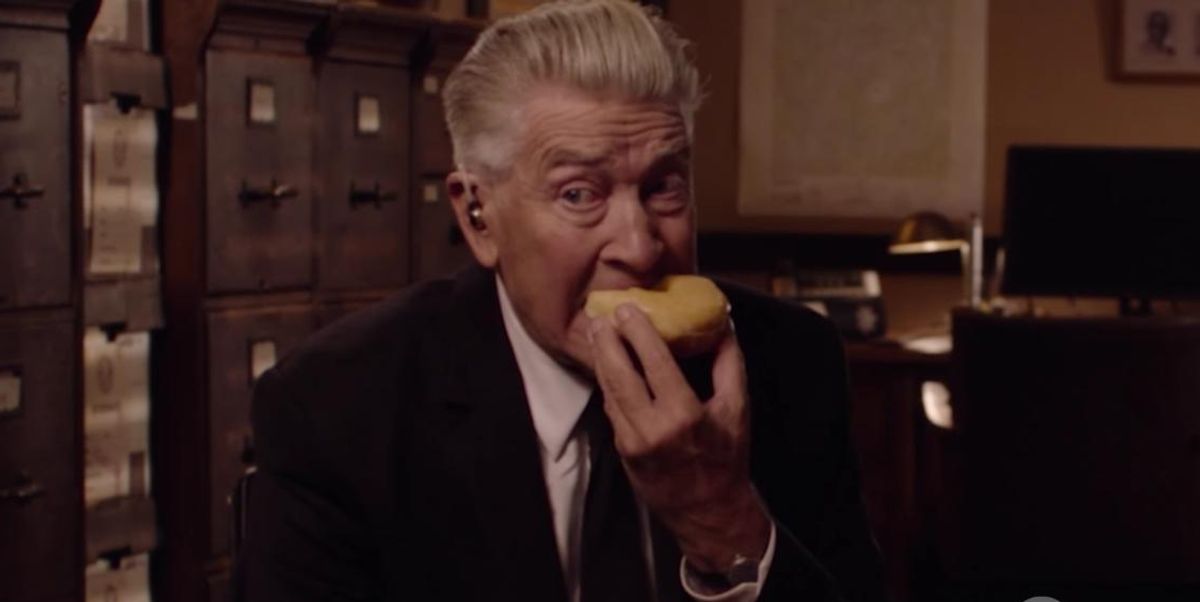 While we close out the dark and dismal year of 2016, we must remind ourselves that there are plenty of bright spots in the coming '17, and not least among them is the return of Twin Peaks. We knew from the reveal of the reboot's epic cast list that FBI Regional Bureau Chief Gordon Cole (played by series director David Lynch) would be returning for the new episodes. Now you get to see him in action, meditatively consuming a delicious donut in the series' latest teaser. Watch below, and then start trying to parse this less-than-minute long clip for clues to the new series--Where are they? Who's holding that cup of coffee? What is the connection between glazed donuts and the Black Lodge?