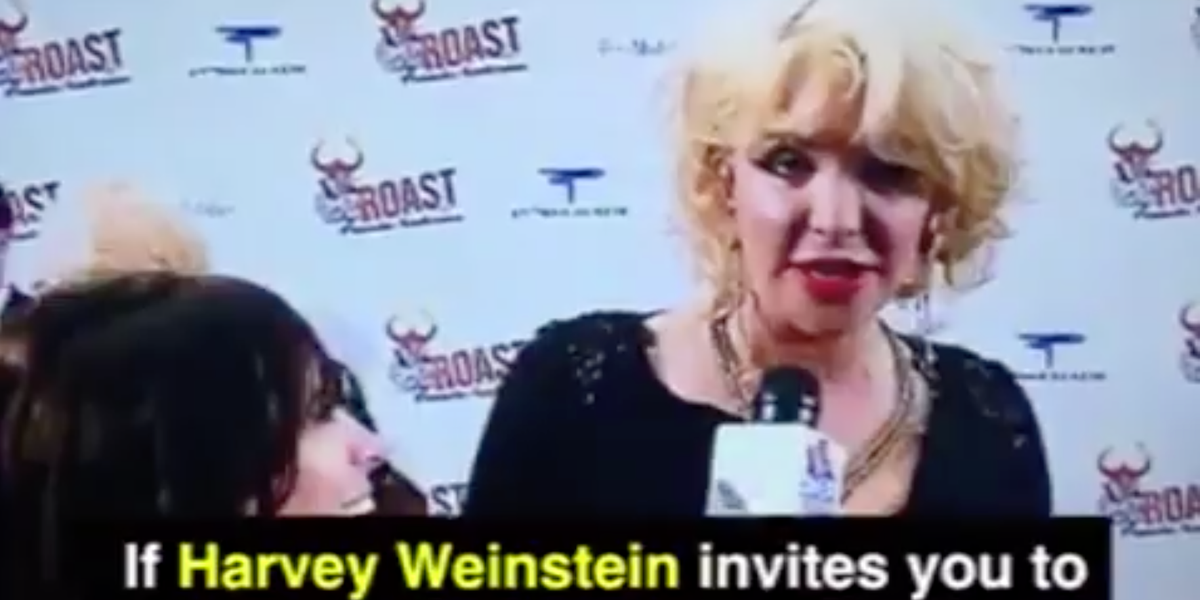 One of the most disturbing elements of the Harvey Weinstein case is the fact the entirety of Hollywood, actors and actresses alike, seemed completely aware of his proclivity to take advantage of young starlets, and yet no punitive measures were taken until now.

Although, over the decades, there seems to have been various Hollywood mainstays attempting to broadcast the disgraced producer's actions to the public. Among them is Courtney Love, who, back in 2005, found herself permanently banned from CAA [talent agency] for "giving advice" to young women on the red carpet for Comedy Central's roast of Pamela Anderson.

I'll get libeled if I say it," she tells the host, then proceeds anyway: "If Harvey Weinstein invites you to a private party in the Four Seasons, don't go." Bless her.

After more than a dozen women have come forward to accuse Weinstein of harassment or assault, including Cara Delevingne, Angelina Jolie, Gwenyth Paltrow, Rose McGowan and many more, Weinstein has been expelled from The Academy and fired from his position at the Weinstein Company — which he cofounded.

Watch the clip below.