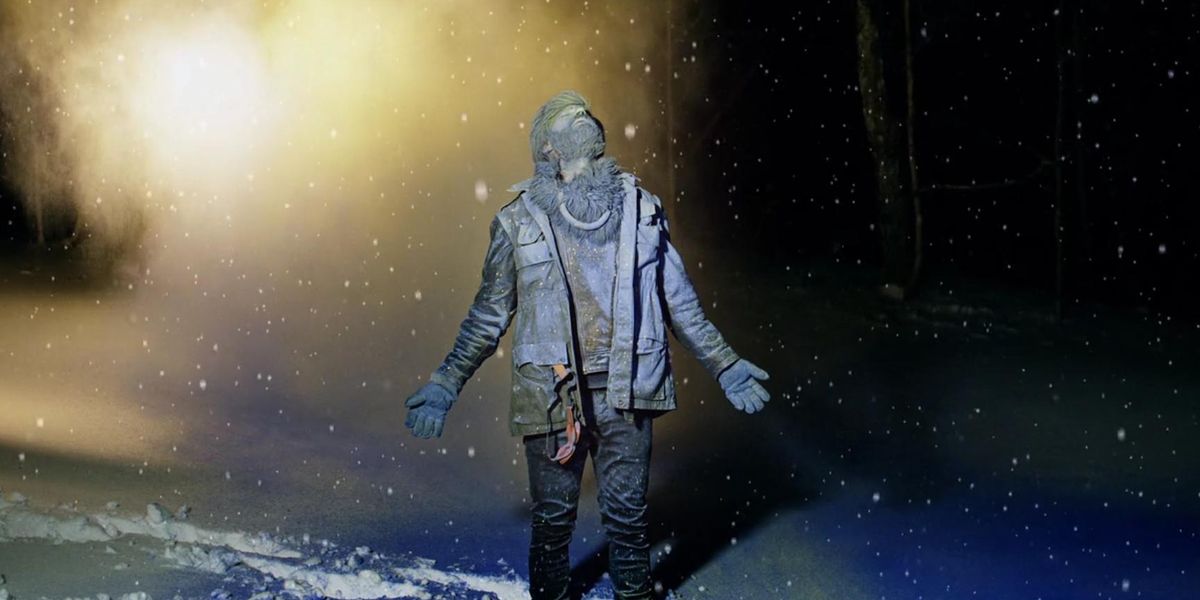 It's the duo's debut single.

Bummed that most of us won't be getting a White Christmas this year? Vicariously enjoy some winter snow by watching the gorgeously trippy new video for countryclub's debut single, "Woods." The Brooklyn-based duo comprised of Lauren Musacchio and Dan Cohen describe their music as like "listening in on an intimate conversation" and their soaring first track revolves around "two travelers that find themselves lost in a strange place," Musacchio says. With psych-folk vibes courtesy of marimba-like synths, whistling, and pulsing drum beats, the video is equally daydream-y. It shows Musacchio and Cohen as the two facepainted travelers roaming around the woods, trapped in a giant crystal and walking through snowy, dye-tinged powder that almost reminds you of photos from the Hindu festival Holi. "We went for something that hopefully feels fantastical, transportive, and maybe even a little disorienting," Musacchio says of the clip. The two will celebrate the video's release with a party at Brooklyn's Tender Trap on January 12th and are gearing up to release more music in 2016. Give it a watch, above.