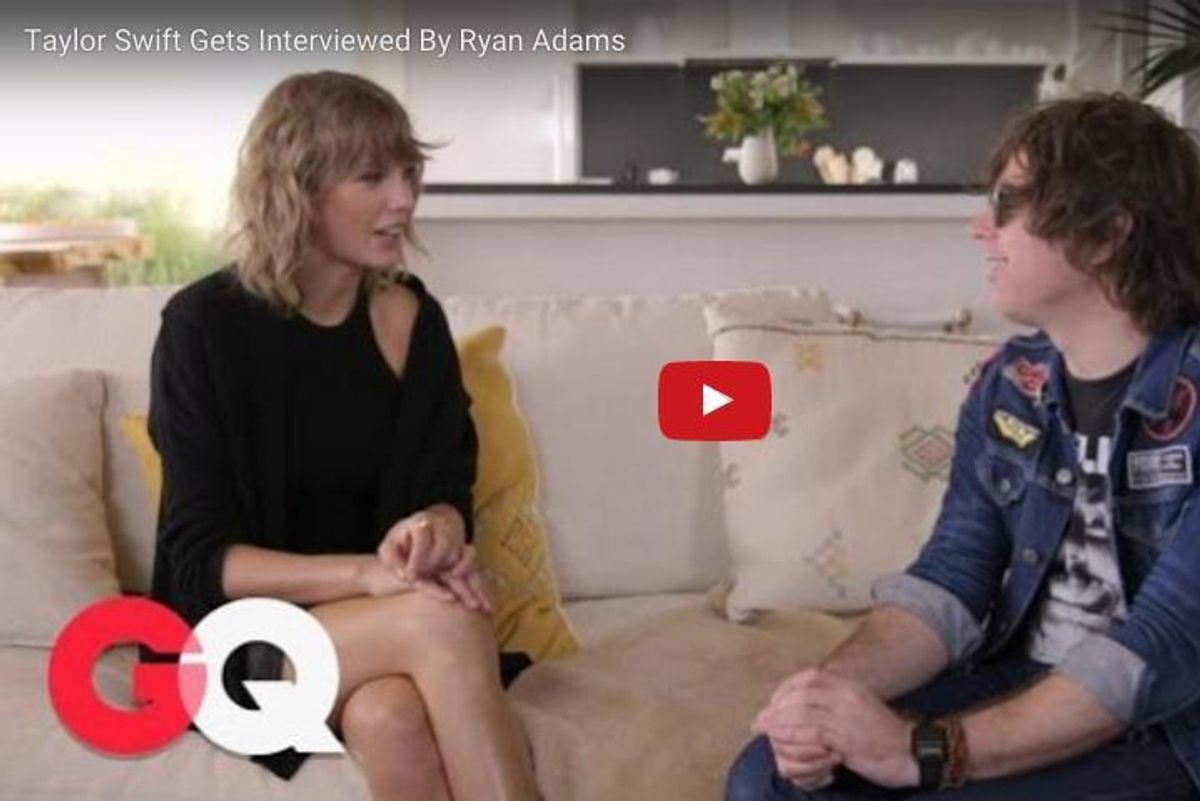 As a companion to its cover story on Taylor Swift, GQ produced a video of Swift in conversation in a house on a beach with Ryan Adams, who recently covered the entirety of her album 1989. In addition to wearing sunglasses inside, Adams gets Swift to talk about writing song lyrics from a dream, investigate the inner workings of Siri, and the different emotional emphases of their respective versions of "All You Had to Do Was Stay." (Also, The Smiths and John Hughes movies.) Watch the video below.