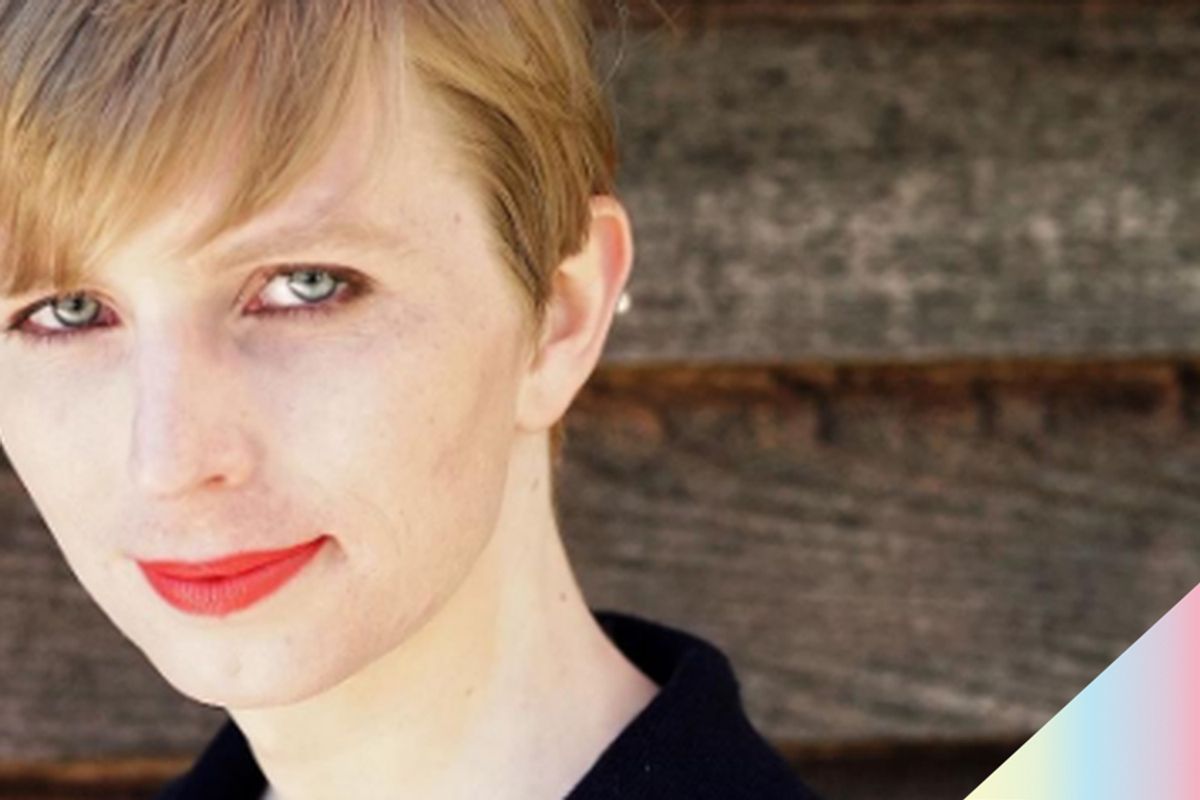 It's been a little over three weeks since Chelsea was released, but the trans activist has already created an Instagram account, had her first post-prison head shots taken, reportedly has a Vogue feature in the works and granted her first tell-all interview with Good Morning America. It's been all go.

The trans activist sat down with ABC's Juju Chang to discuss her time in prison, her transition and why she originally chose to leak classified military documents.

"We're getting all this information from all these different sources and it's just death, destruction, mayhem," Manning said as to why she turned to Wikileaks. "I stopped seeing just statistics and information, and I started seeing people."

Chang proceeded to ask Chelsea a series of (perhaps unintentionally) heavy-handed questions about her decision to come out as transgender after she was sentenced in 2013 and her subsequent fight for hormone treatment, which Chelsea handled like a boss.

"[It] keeps me from feeling like I'm in the wrong body," Manning said of the hormones. "I used to get these horrible feeling like I just wanted to rip my body apart and I don't want to have to go through that experience again. It's really, really awful."

Chang later addresses Obama's commutation of Chelsea's sentence as one of the last acts of his presidency, which sees the former intelligence analyst completely break down.

"I've been given a chance," she responded through tears.

Watch the very emotional segment below.