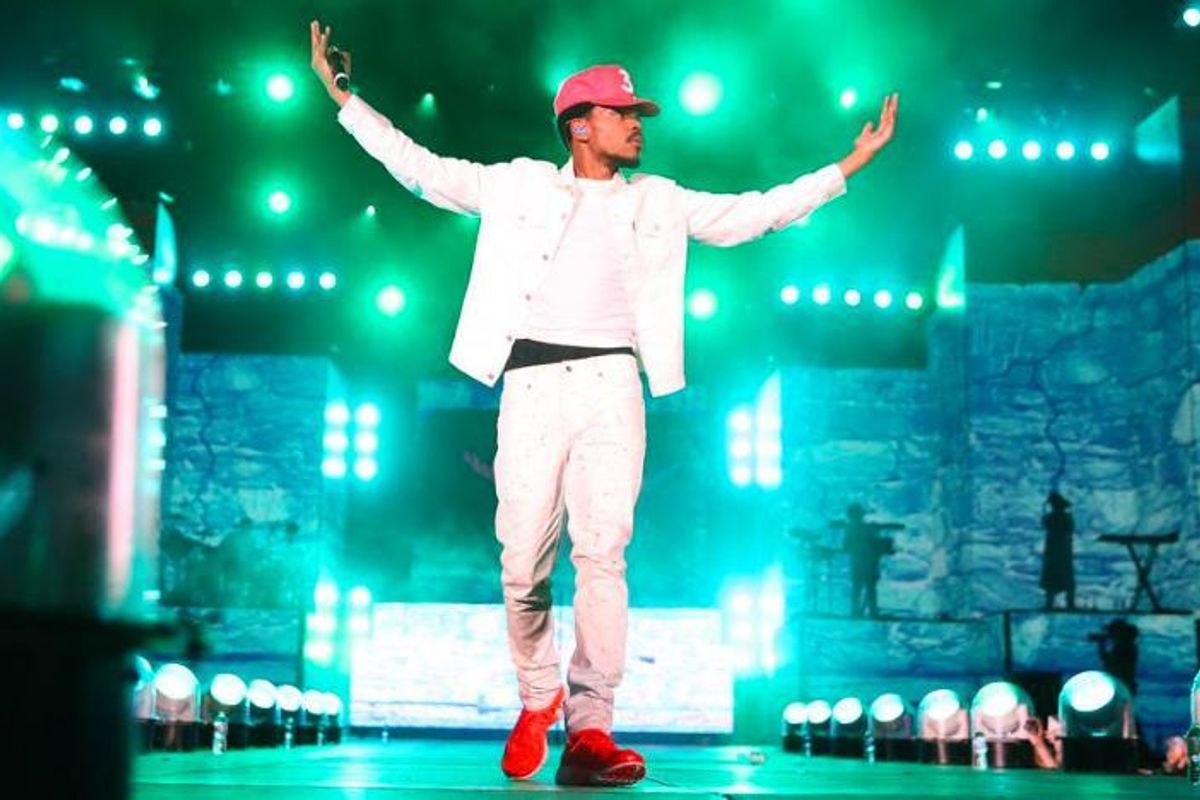 As part of his Magnificent Coloring World Tour, Chance the Rapper held his Magnificent Coloring Day Festival at the U.S. Cellular Field in Chicago on Saturday and was joined by some oversized puppet guests. After performing "Ultralight Beam" with fellow Chicago native Kanye West, Chance performed songs from his album Coloring Book alongside several gigantic puppets, including a full choir of puppets closing out the show with "How Great." Check out some videos below of Chance's tribute to his hometown:

A performance with a puppet almost made me cry so beautiful 😭😭😭 @chancetherapper pic.twitter.com/oOkyaJaINQ
— JOBESSSS (@valeriooo0) September 19, 2016