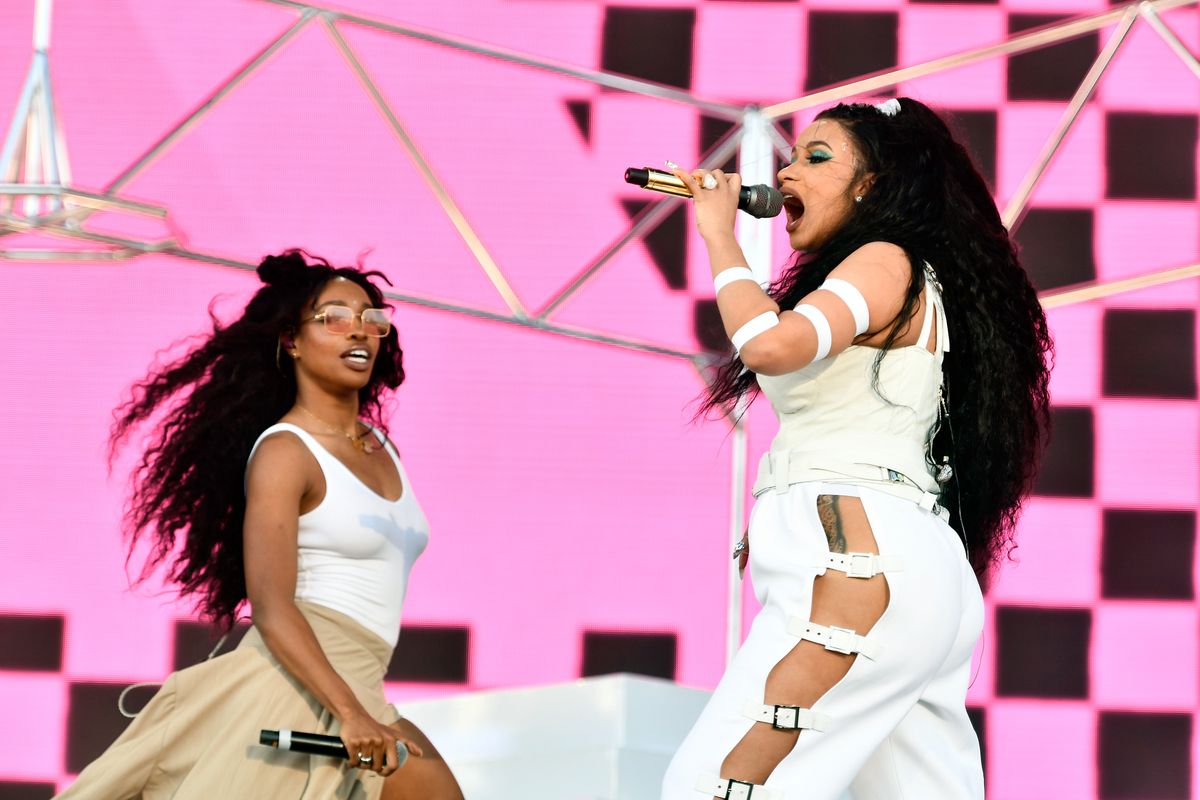 Watch Cardi B and SZA Perform Together at Coachella

Weekend two of Coachella saw the return of greatness in the form of Beyoncé dropping Solange, Arianna Grande making a surprise appearance and a very pregnant Cardi B and SZA joining forces for a performance of their song "I Do" off Bardi's hit debut album Invasion of Privacy. She also brought out Bad Bunny and J Balvin to sing "I Like It" and Migos for "Motorsport" (J Balvin also appeared with Beyoncé for "Migente"). Luckily fans were on hand to capture clips of the duo performing for the rest of us who couldn't make it to Indio to see:

seeing my favorite song performed live by my favorite artists is crazy to me 😭😭 i will never be the same @iamcardib @sza pic.twitter.com/pyxibzHzQX
— kenz. (@kenZieberliN) April 23, 2018