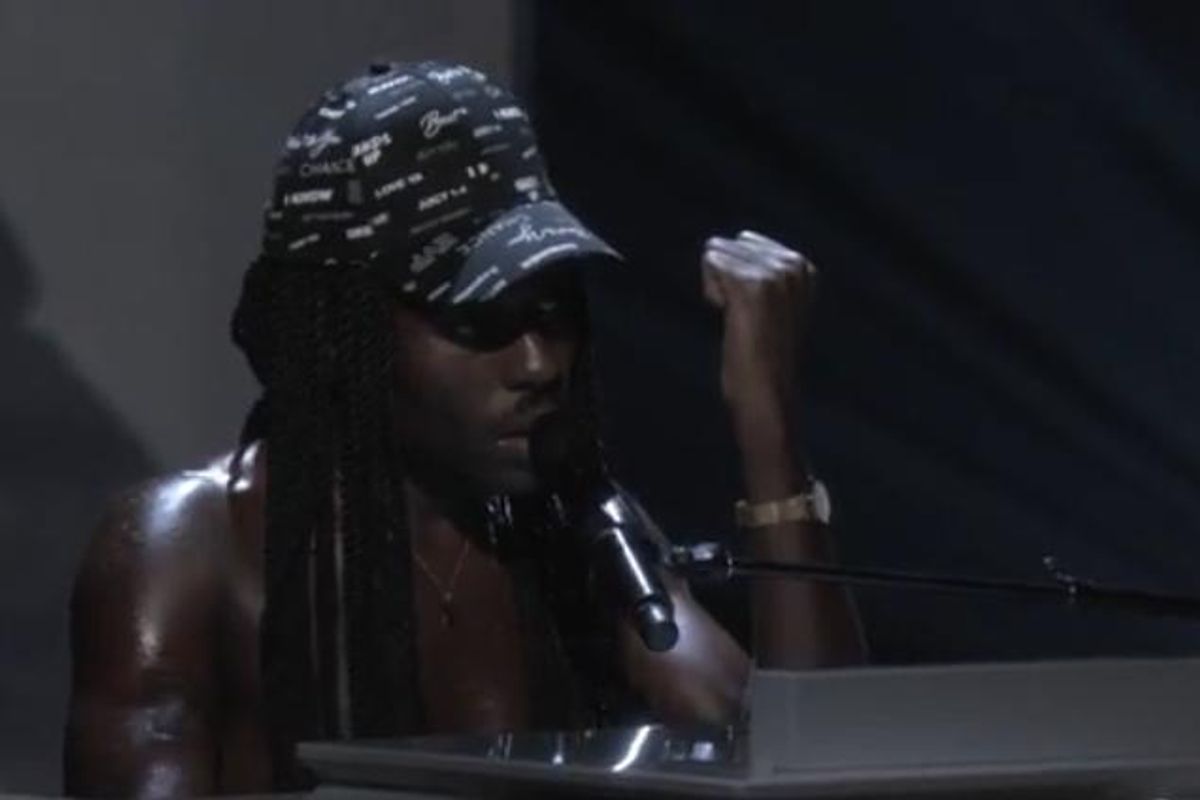 Hynes, sans shirt, sat at his grand piano for a rendition of his dreamy, 80s-esque epic "Augustine;" flanked by two interpretive dancers, who cast lissome silhouettes on the wall behind them.

The musician posted three framed photos to memorialize Terrance Mack, Philando Castile--two men of color who were killed in police shootings, and Hande Kader--a Turkish trans women who was murdered by a gang in Istanbul.

Hynes also played a short version of his track "Thank You," which he transitioned into flawlessly.