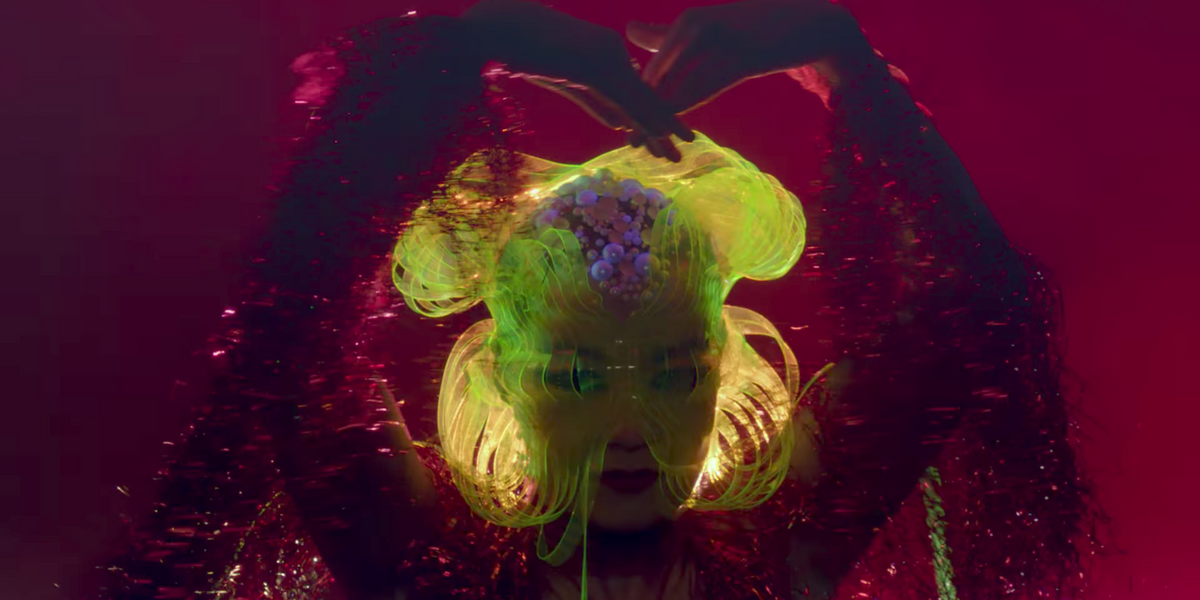 Björk just shared the official music video for her Vulnicura heartstopper, 'Notget' and it delivers absolutely everything you could ask for from a Björk video:

1. Human moths living inside a heartcave

2. All manner of biomorphic, bioluminescent shenanigans

Bow down to your scorpio queen! (Indicentally, do you think she was the real inspiration for Frozen, or...?) The music video follows up the VR version of the song, released earlier this year; both were directed by her collaborators Warren du Preez and Nick Thornton Jones.

Watch the music video for 'Notget' below...