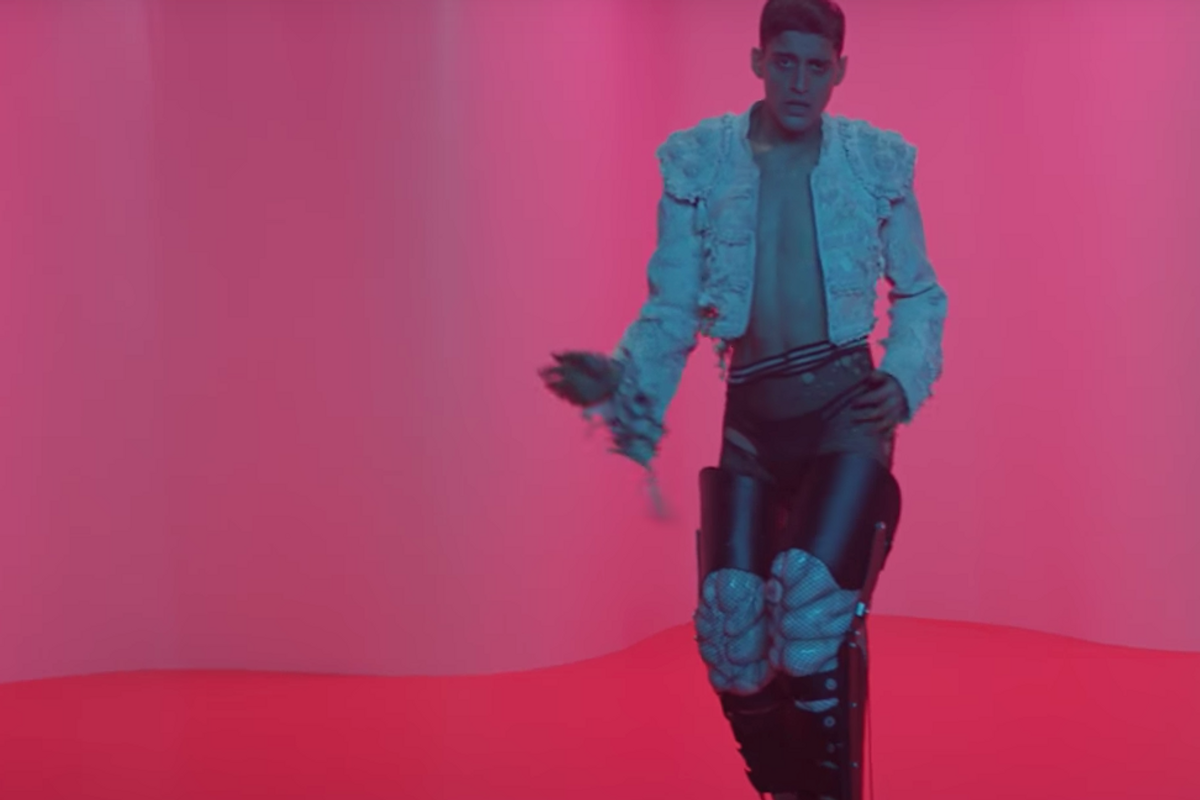 Arca is gearing up to release his new self-titled album Arca next month, and the producer has been releasing a steady stream of music to keep us enticed in the meantime. It's been almost three weeks since the last release, "Piel," so it's no surprise that we finally got something new today: a music video for album track "Reverie." (If you recall, "Reverie" was the original title for this upcoming album before the Björk collaborator decided to rename it Arca.)

The video features Arca, whose real name is Alejandro Ghersi, dancing around a candy pink room, wearing nothing but an unbuttoned torn-up bejeweled jacket, some ripped butt-baring tights, and a pair of futuristic stilts. His usual visual collaborator Jesse Kanda directed the clip, and the video benefits from the artist's tendency to shoot from unexpected angles.

Oh yeah, the song is amazing too—but you already knew that, of course.