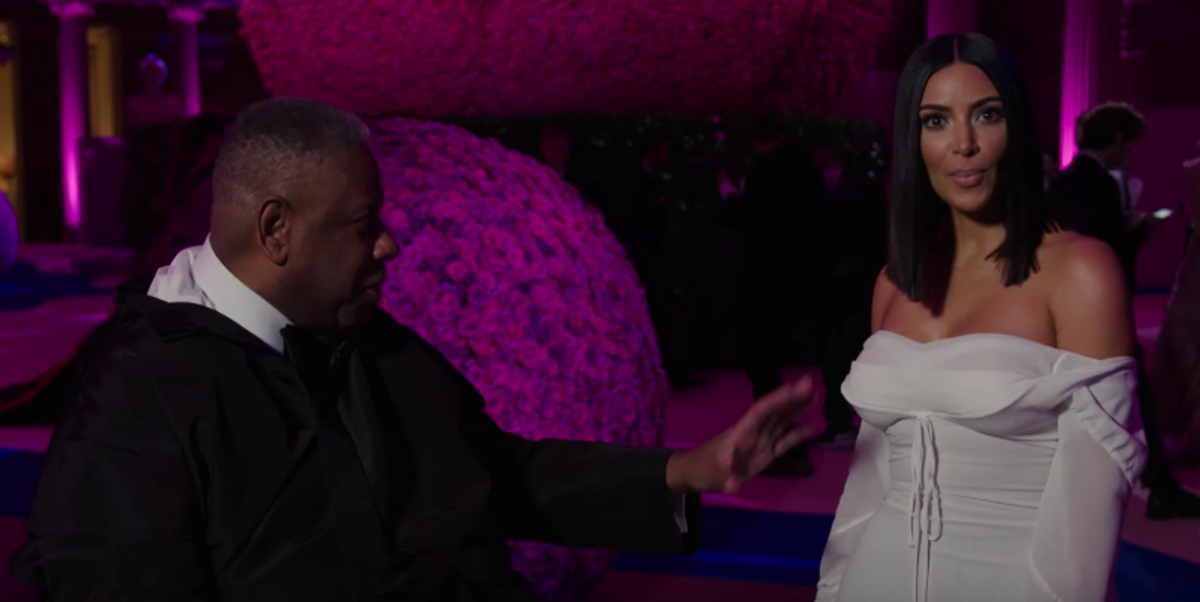 The man, the myth, the icon, Vogue's former editor-at-Large André Leon Talley was out in full force at the Met Gala last night, small-talking until the cows come home with every very, very famous person in attendance and it's amazing. It's so, so amazing.

André is tasked with asking each celebrity that comes his way whether they dress "sexy or interesting" (they don't know! Maybe both!) and what avant-garde means to them (whatever their stylist deems appropriate!), however does ALT stick to the script? No he does not. Let's delve in.

"Is this Rei?" ALT open. Then, saying what everyone is thinking and pawing at Rih's petals: "How did you get into it?"

Flicking Gigi Hadid's tulle skirt, ALT is confused, then realizes, "Of course! You're the Tommy girl!" "Wear that dress", he cries, "wear that dress!" As if she could do anything else.

"Reptilian!" He says, upon seeing Amy Schumer, before following up with "sexy!" "Zac Posen used some leather over here!"

"You are such a hard working girl in show business, it's amazing!" That it is, ALT, that it is.

ALT can barely conceal his shock in greeting A$AP Rocky, "Jeans!" he squeals, "jeans at the party!"

"Where's Kanye?" He begins, before hushing Kim as she begins to explain. "Very, very beautiful!" He exclaims about her dress, before admitting, "simple."

Perhaps unsure who Future is, ALT asks, "Where do you live, most of the time?

Definitely unsure who Serena Williams fiancée and Reddit co-founder Alexis Ohanian is, ALT asks, "where are you from?"

Jaden Smith says he brought his old hair as a date, because he couldn't bring his sister. ALT can't believe this, "I thought it was weeds, or old hay? This is avant-garde!"

"Is this your first Met Ball?" ALT asks innocently. Selena: "This is my fourth."

What a truly wonderful roller coaster. Goodnight my friends, until next year.