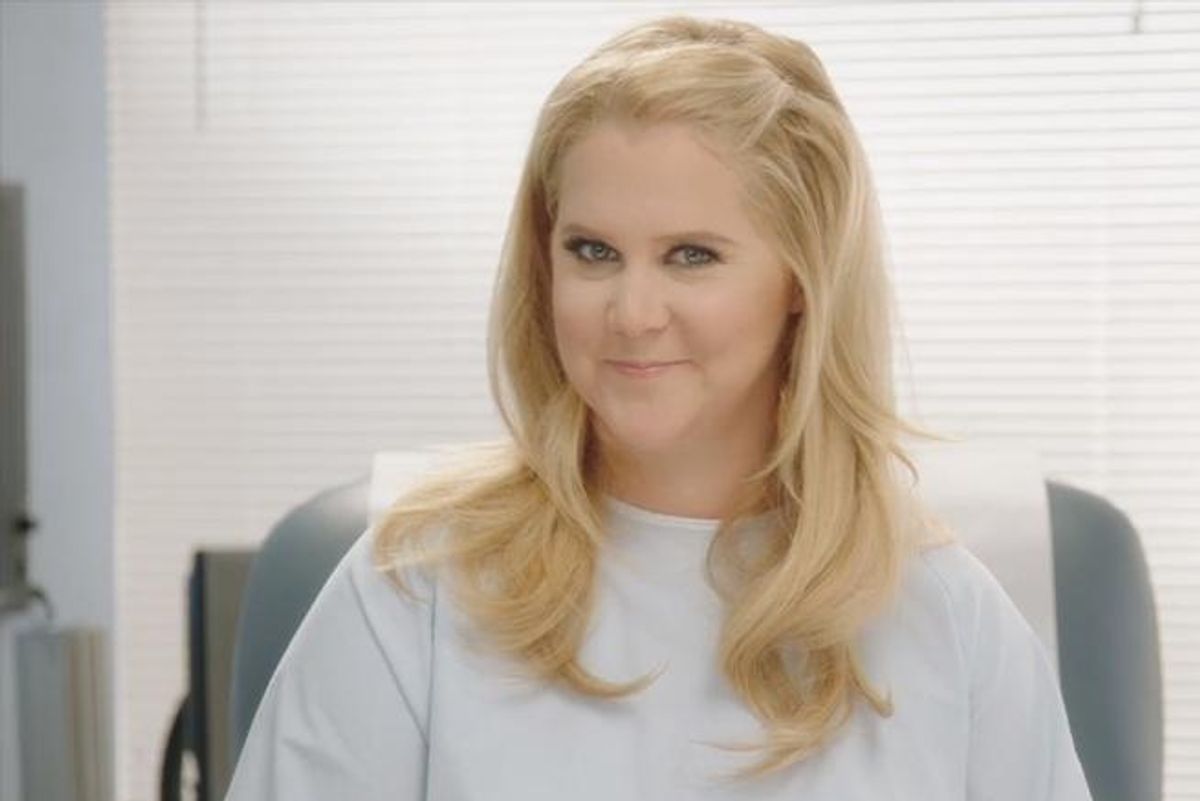 It's been a big year for Amy Schumer. Her debut feature film, Trainwreck, broke huge last summer. Chris Rock directed her HBO special. She hosted SNL and opened for Madonna at MSG. She signed an $8 million book deal. She's BFFs with Jennifer Lawrence. But breakout years can come with very serious consequences. In the new trailer for Inside Amy Schumer, her doctor informs her that she's been diagnosed as "overexposed"--there's even on Instagram of her wearing a poncho on the subway, for chrissakes! The only cure? Go away. But Amy can't do that. "No can do doc, gotta follow my heart," she sighs. Thank god--we need her back to crush the patriarchy with raunchy jokes. Season four of Inside Amy Schumer returns April 21.