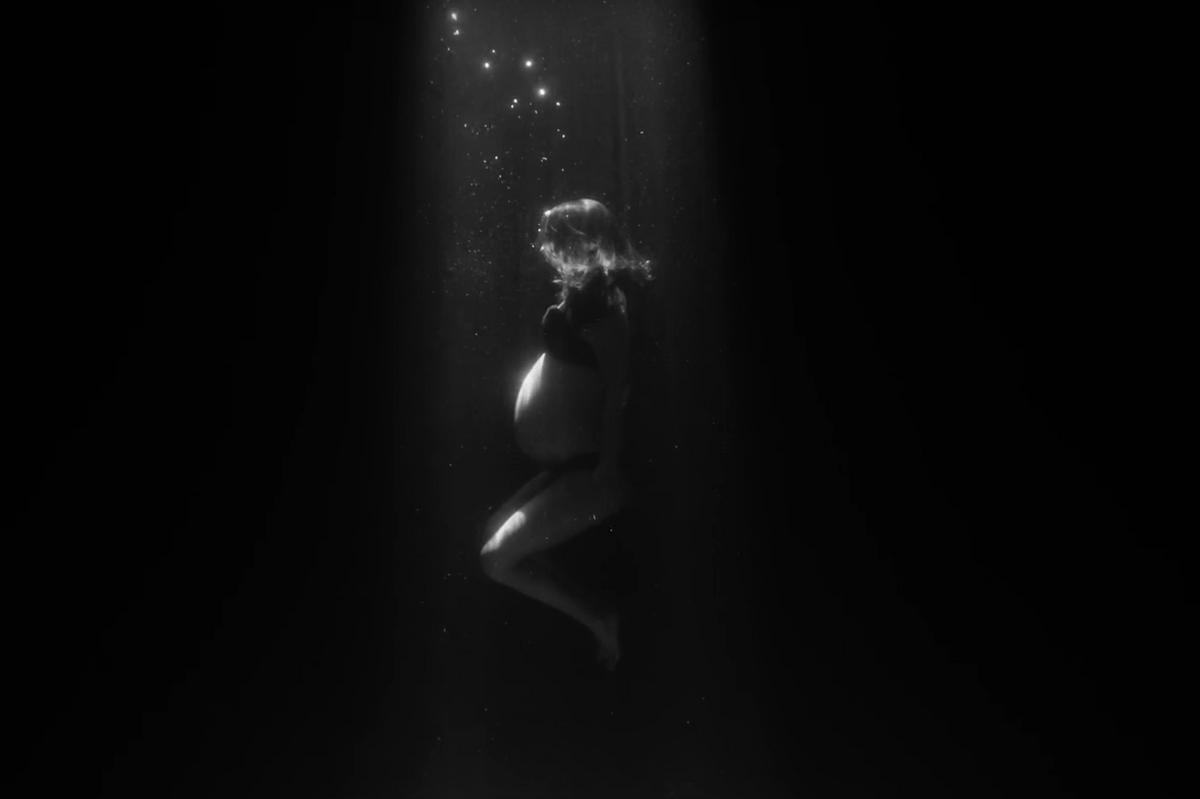 Natalie Portman just gave birth to a new baby girl last month, but apparently the talented actress, whose due date prompted her to miss the Academy Awards where she was nominated in the Best Actress category for her work in Jackie, didn't stop acting on camera until she was literally about to pop.

Today, James Blake released the most recent video from last year's excellent album The Colour in Anything. The video for "My Willing Heart" is sensual, brooding, black-and-white, and devoid of anything even resembling a steady plot, but there is something else that makes this four minute clip one of the most captivating in recent memory. That's because Natalie Portman is its star, and she radiates throughout—pregnant baby belly and all.

If you couldn't gather as much from the visual itself, a press release confirms that the Anna Rose Holmer-directed clip was filmed "just days" before Natalie actually gave birth. Luckily, the video manages to represent this intimate time in a mother's life extremely well. When she isn't delicately floating in the pool, the Academy Award-winning actress peacefully lies around, rubbing her belly.

Check out the moody visual below.