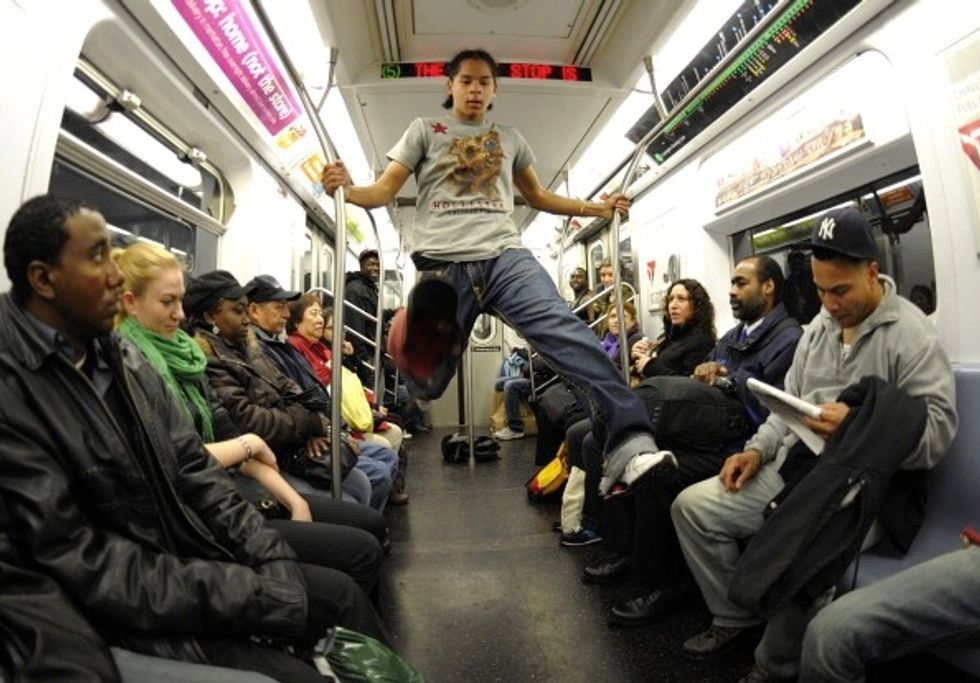 by Sandra Song
PAPERMAG
If you've ever seen an interborough "Showtime" subway session, you probably already know what Litefeet: Sound of the Subway is about.
A short documentary co-directed by writer Ezra Marcus and filmmaker KJ Rothweiler, the 20 minute-long feature profiles some of the originators, dancers and key producers of the musical movement and accompanying dance style that's come to dominate New York's underground scene.
And while this Bronx and Harlem-born dance has already gotten attention from big names like Nike and America's Got Talent, it isn't particularly well-known outside of certain circles -- though that's soon to change, as the genre's break-optimized hooks and skyrocketing BPM means that it's something you can't help but pay attention to. Watch the film below and see for yourself.
[h/t Fact]