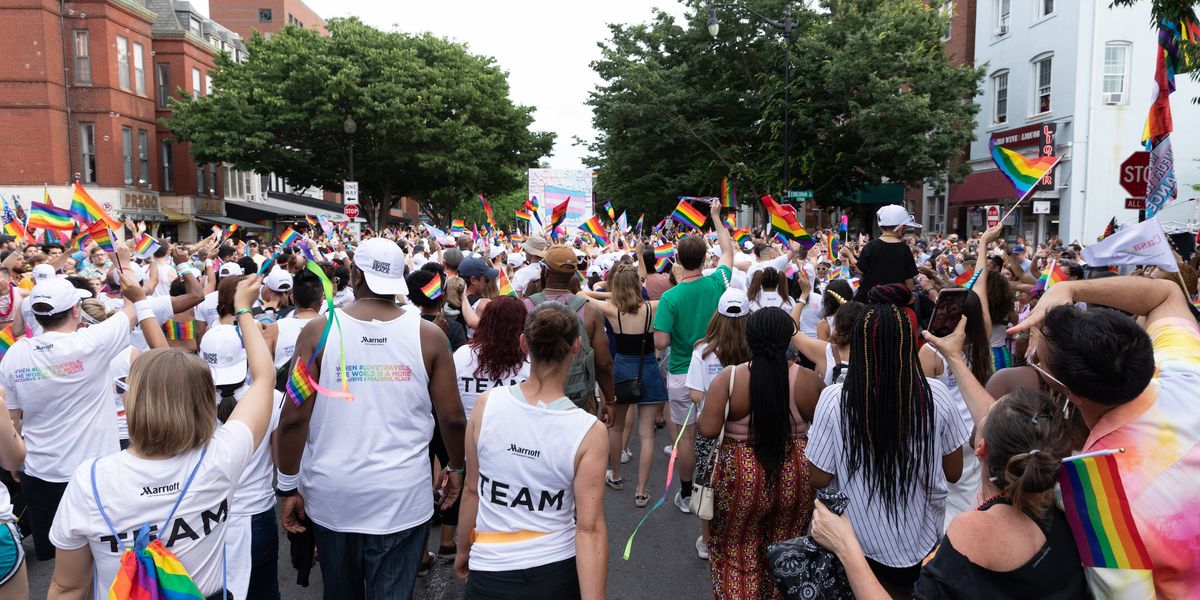 Panic ensued at the pride march in Washington, D.C. after people believed they heard a gunshot by Dupont Circle. The sound sent people running through the nation's capital on Saturday evening, with some of the marchers injured. According to a report by the Associated Press, while most of those harmed only incurred minor injuries, seven were taken to hospitals.

Guillermo Rivera, a commander with the Metropolitan Police Department told AP, "As the officers were going to the scene, there was a crowd of people going away from it and some of the individuals in the crowd said there was a man with a gun and that someone had fired a shot." The man is currently in the custody of authorities, and is facing a gun possession charge.

#Breaking: @DCPoliceDept say NO shots fired at #capitalPrideParade but someone yelled into crowd that there was a gun. People started running. Police later found a firearm in someone's backpack. That person being questioned.. Minor injuries from the crowd running. @wusa9

Update: Police have confirmed to News4 that a gun was recovered from a backpack in Dupont Circle, but said the gun was never "brandished" nor threats made. One person is being questioned by police. https://t.co/Uevi70mcEA

@DCPoliceDept Cmdr. Guillermo Rivera says officers ran to DuPont Cir. after a report of a man with a gun firing shots but did not confirm any shots were actually fired. He officers arrested the man & located a pistol nearby. The 7 injured were all hurt as they ran from the scene. pic.twitter.com/cosT1c3MwG