WARP Roars Into Its Twenties at Terminal 5

Birthday parties are supposed to be one-shot deals. Either you make it or you miss it; you're there or you aren't. You don't get to celebrate a birthday all year round.

Thankfully, the British label WARP Records sees things differently. Rather than content itself with one extravagant, overpriced party in one location, the pioneering Sheffield-based label is celebrating its 20th anniversary all year with WARP20, a collection of events taking place all over the world: dance parties in Paris, film screenings in Tokyo, and, this past Friday at Terminal 5, a heavy, heady reminder of the crucial role the label plays throughout pop music.

The first of two WARP20 events held in New York this past weekend (the second took place at the World Financial Center's Winter Garden), Friday's lineup was unique, featuring everything from the New York debut of Australian synth poppers Pivot to a DJ set by the ethereal, crackling beatsmith Flying Lotus to the pounding rock of !!! and Battles.

Though the undercards threw devastating curveballs -- Pivot's set was punchy yet serene, Flying Lotus's DJ set spanned everything from his earlier EPs to wobbling, quaking dubstep 12"s -- it was the evening's headliners that offered the most surprises. !!! sounded loose and fluid in their only New York date of 2009; "Must Be the Moon," normally an insistent, beeping rave-up, became looser and more open, with looser, longer guitar leads; "Heart of Hearts," normally clenched around tense guitar and synth riffs, was practically liquid, echoing and ringing instead. Indeed, when the band previewed a new track, "Treat Me Right," they sounded (however remotely) like the Band, with old organ whirs girding the rhythm section's grooves. !!! is a band that's built its name on its rhythmic force, but even in this smoother, more limber style, the band sounded right at home. Frontman Nic Offer got to strut his stuff, and the band's rhythm section, which included two drummers and an additional percussionist, got to embellish their songs with more cymbal color.

But changes aside, !!! was also thoroughly upstaged by Battles, the night's headlining act. Playing their only North American show of the year, the American foursome treated the event like a special occasion.

They began their set with a confident cover of Aphex Twin's "Xtal," a nod to one of their label's most beloved artists, and their set featured some other unexpected touches, including a new song called "Sweetie and Shag" and a scratching, pounding cover of the Fraggle Rock theme (of all things). But Battles' set was dominated by old favorites from their debut album, Mirrored. Led by their superhuman drummer, John Stanier, they built every song into a colossus; "Race In," played slightly faster than normal, grew more fluid but remained top-heavy with tension; "Tonto," with its rolling, prickly guitars, wound down into a shake of sleigh bells before building itself back into a whooping monster; and "Atlas," the band's final song, was titanic and virtuosic.

WARP's artists don't always make music intended for a mass audience. In fact, Friday's audience suggested quite the opposite ("We haven't played to this many dudes since we played at that Touch and Go convention," Nic Offer joked at one point). But WARP20's Terminal 5 show also showed the world that the label isn't settling for anything. If anything, its fans might have to hope they have enough energy to enjoy a 30th anniversary that might be twice as crazy as this one was. 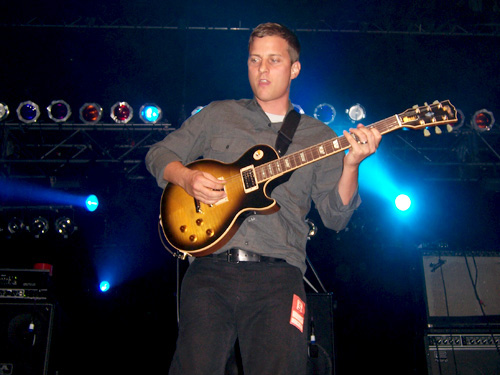 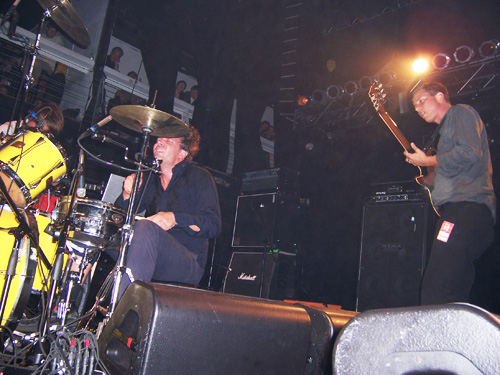 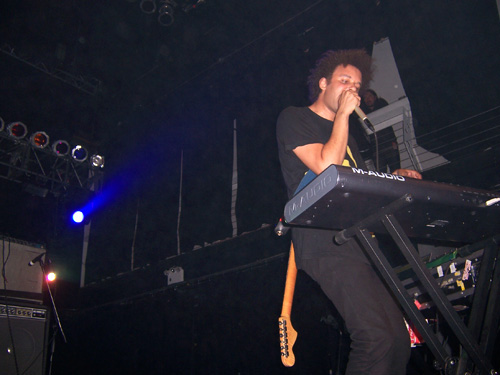 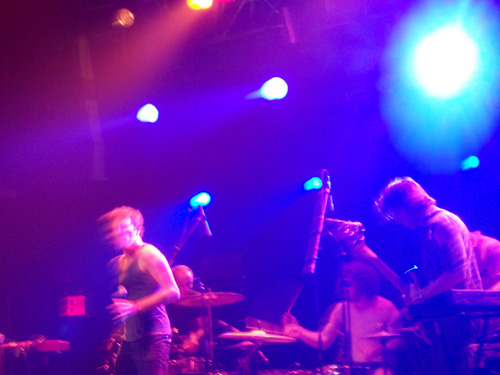