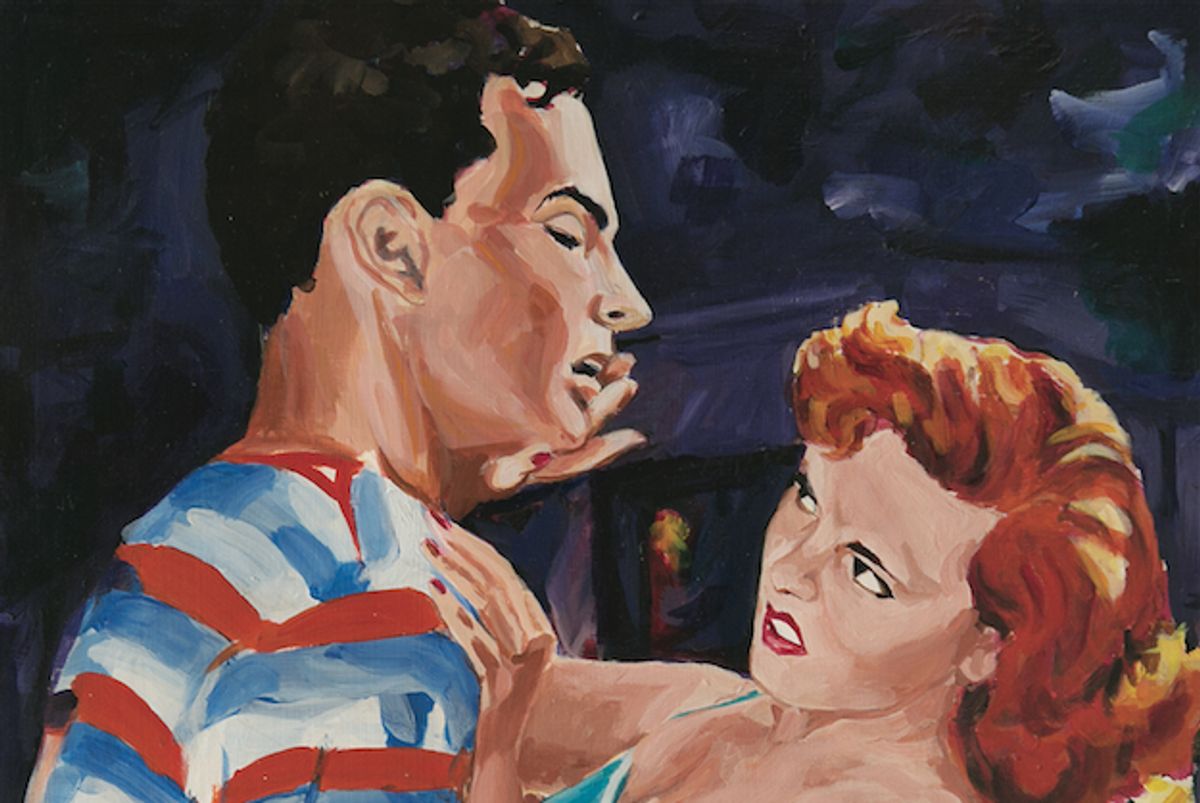 Gone for Three Decades, Walter Robinson Returns as an Artist

Walter Robinson is sitting pretty in his Long Island City studio just days away from his opening at the Jeffrey Deitch Gallery. Surrounded by paint, papers and paintings both finished and in progress, the celebrated artist, writer and critic is in his element, comfortably settled into his third act.

In one way or another he has been at the center of the art scene for more than 40 years -- perhaps no other artist of his generation has been as adept at pulling off the magic act of being both ubiquitous and invisible at the same time. Although he virtually dropped out as an artist in the late 80s, his presence was felt more as a writer, editor, gossip and gadfly. His career includes founding the seminal Art-Rite zine in the early 70s along with stops at Art in America, East Village Eye, the Cable Access TV show Gallery Beat and the digital magazine Artnet.

In his mid-60s, he finally has a studio and can return to painting after years of writing and going to thousands of shows but making little art. "In 1986, I turned my attention to other things that were more important," he says. "I became a single father and started working full time for Art in America. I kept working as an artist a little bit, almost reduced to being a Sunday painter." (I would be terribly remiss here if I didn't mention that Robinson wrote a column for PAPER, "A Dad's Life," in the 90s.) 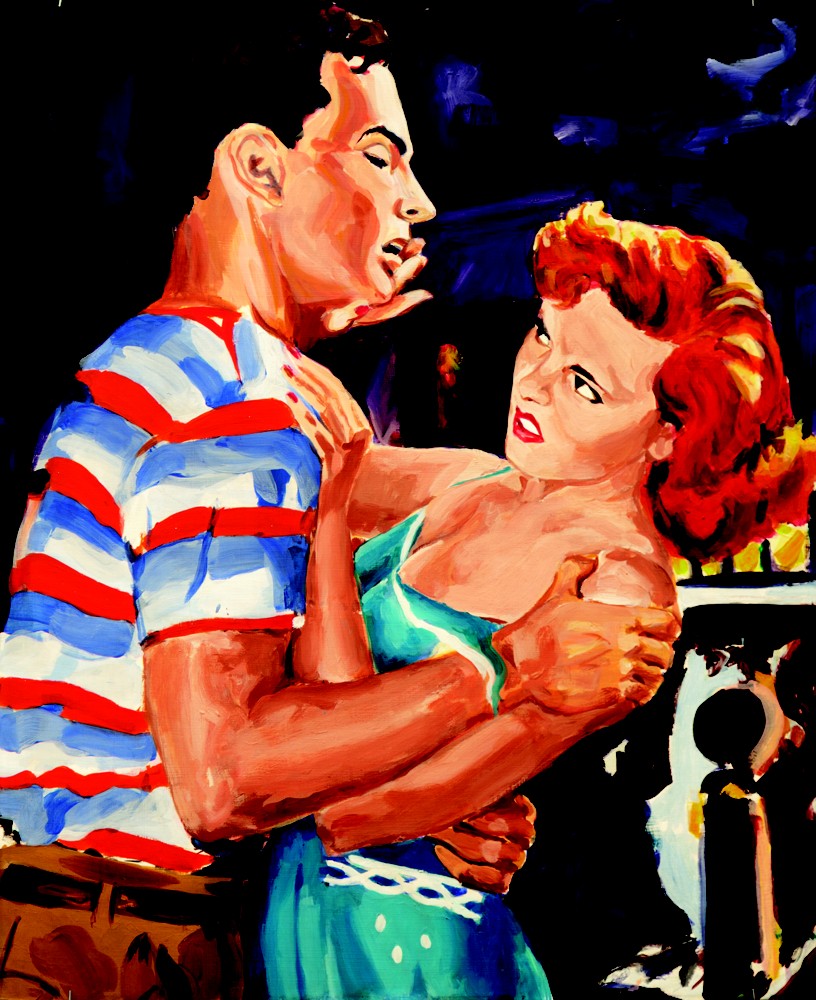 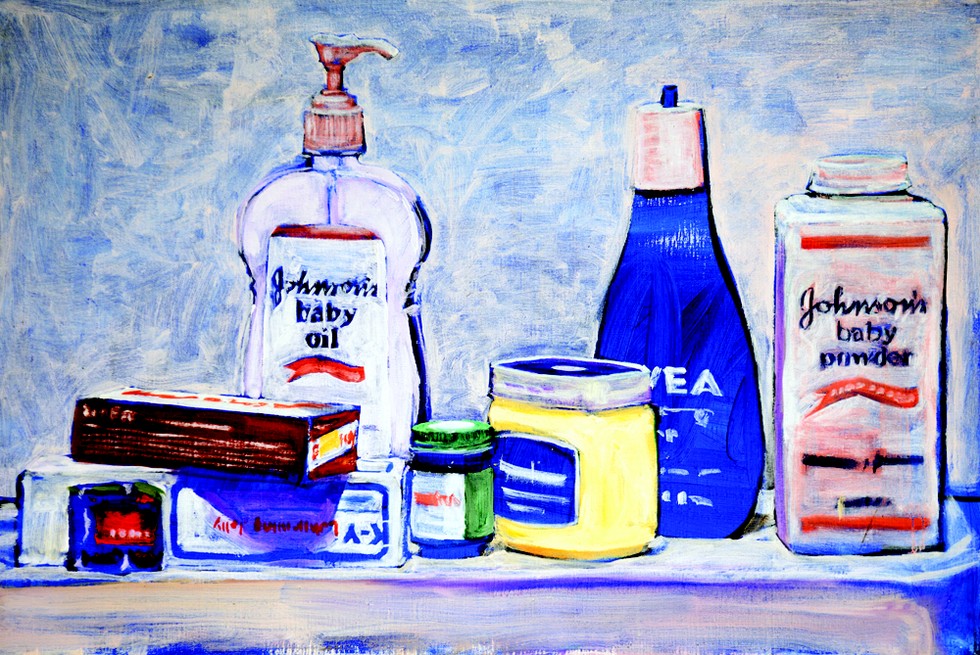 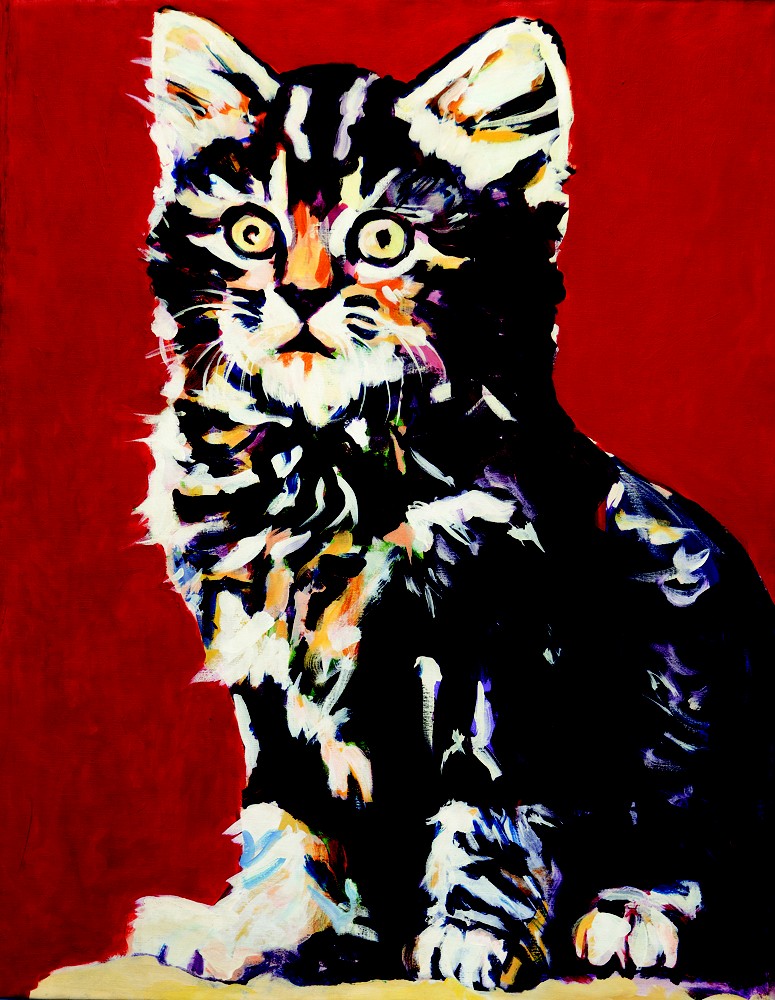 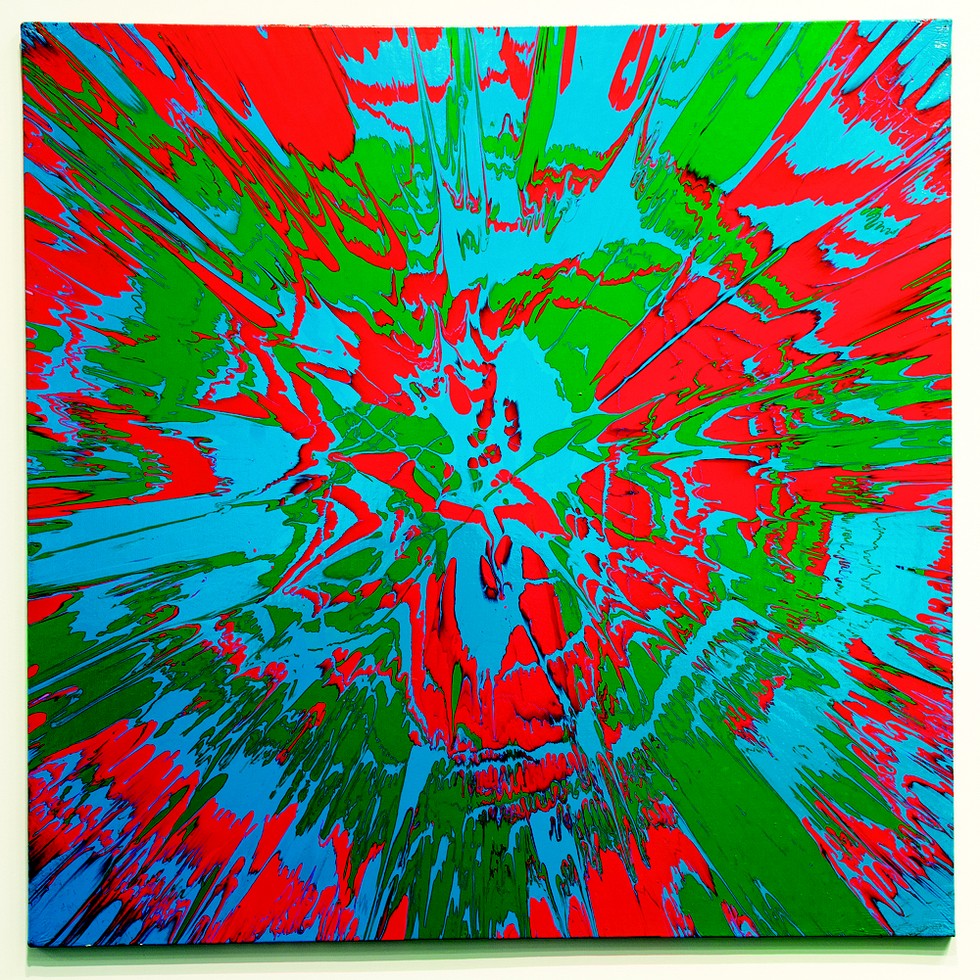 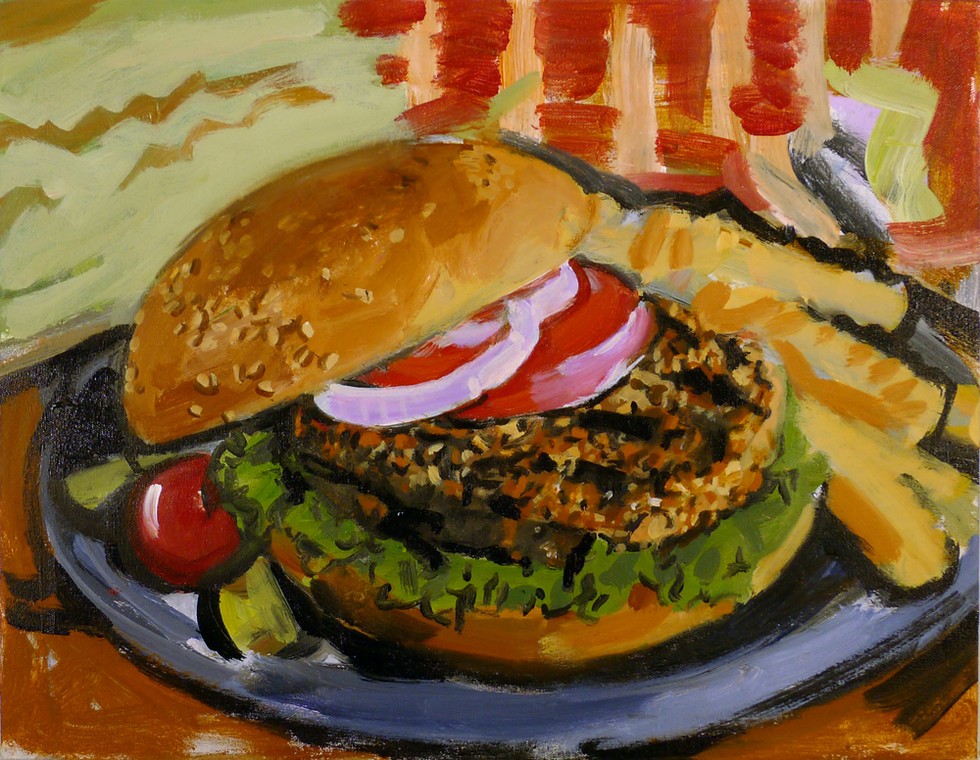 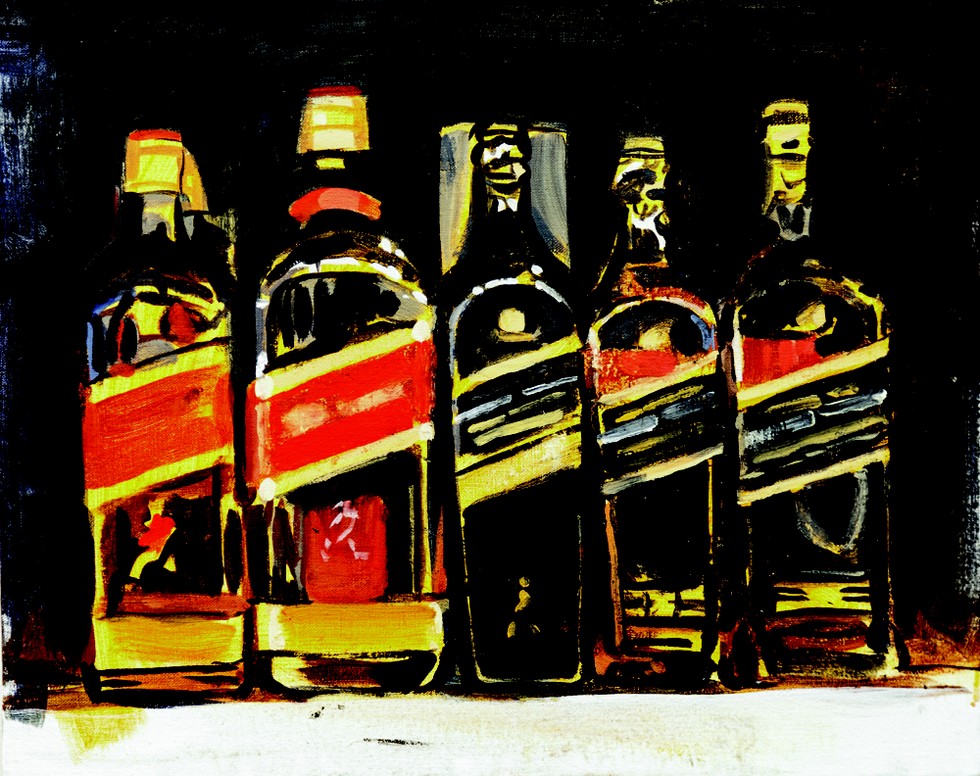 When pressed, he admits that it was more than that: "You an also say that perhaps I had a crisis of confidence or loss of faith in question of whether I had the ego to be an artist." Around this time, his fascination with the pulp fiction aesthetic that had once inspired him turned to abstraction and a foray into Spin Art prefiguring by many years Damien Hirst's playfulness with the genre, effectively leading him into a creative dead-end that he has now triumphantly escaped.

A serious of fortuitous events followed that changed the game. Loosely identified with the blue chip artists of the Pictures Generation of Cindy Sherman, Robert Longo and Richard Prince, Robinson showed at Metro Pictures in 1985. What looked to be a promising beginning turned into more of a hard stop until he received a call from Metro Pictures again, in 2008, asking him to show his works from the 80s. The critical response and financial payoff were good enough to push him into picking up his brushes again and taking a studio space. Next came an offer to mount a retrospective of his work from Barry Blinderman, an old friend of the East Village days now serving as curator of the University Galleries of the Illinois State University in Normal. (Which would become the Deitch retrospective). The final fortuitous event was the demise of Artnet magazine in 2012. Fate had intervened and there were no more excuses. Walter Robinson went back to work as a full time painter.

There are some things he'll miss about being an editor, but publishing's loss is the art world's gain. "If you're working as an editor and a critic you get to see the whole world," he says. "Your interests become intensely varied. As an artist your interests are exceptionally narrow. Being an artist is a more ego-centric enterprise."

The artist who once wrote a piece called "The Quest For Failure" has failed again. But as Bob Dylan said, "There's no success like failure and failure's no success at all" and the Deitch show brings Robinson full-circle to where it started so many years ago. He's back, ego and all.