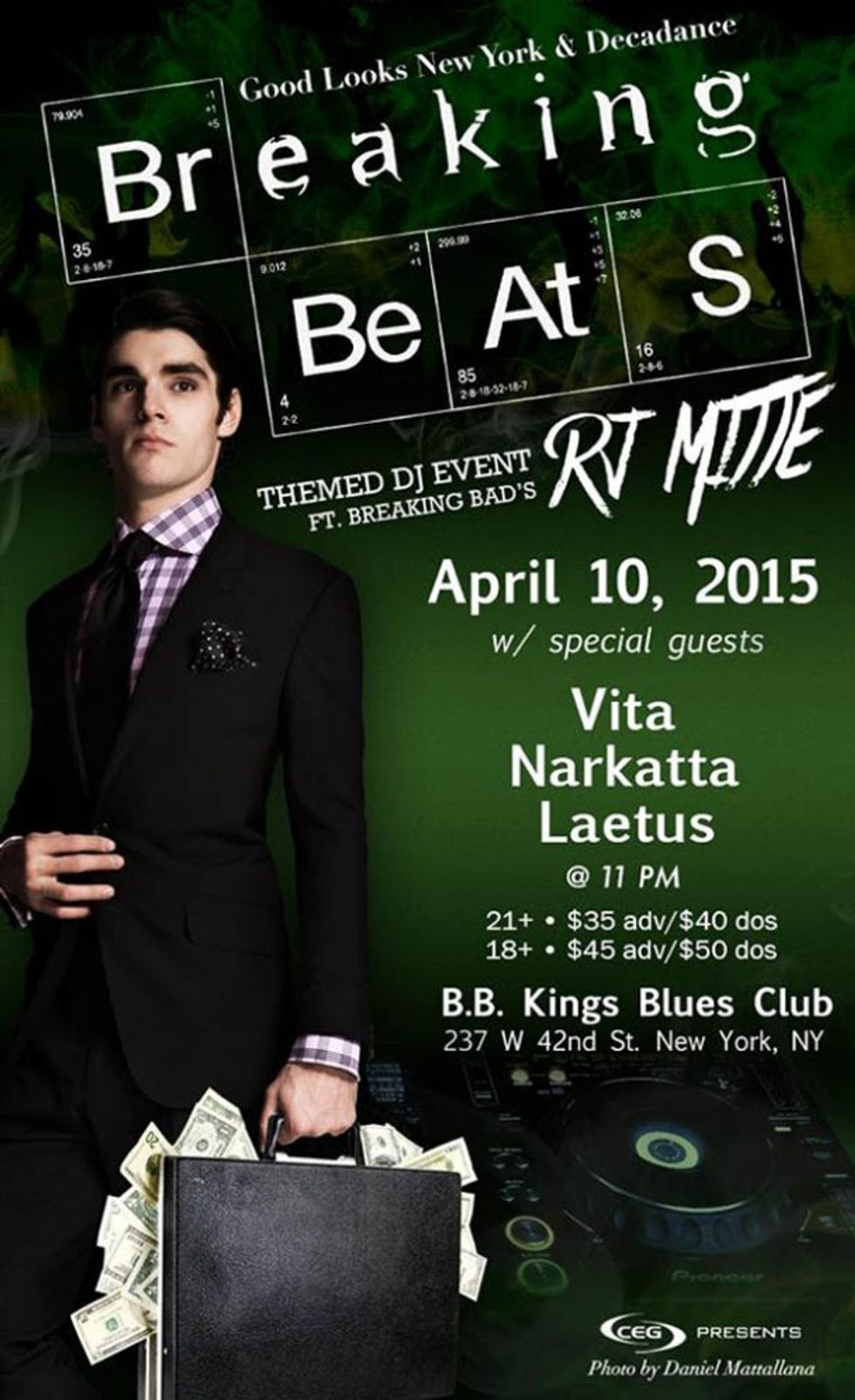 Walt Jr. From Breaking Bad Is a DJ Now and Coming For NYC

by Elizabeth Thompson
PAPERMAG
Breaking Bad has been over and done with for more than a year now, but we just can't let go. There's the Bob Odenkirk spinoff Better Call Saul (premiering on AMC this weekend), there's Esurance's Bryan Cranston-starring Walter White Super Bowl commercial, there's the garage door-scene loop that will make you slowly go crazy, until you are found one day rocking back and forth on a bench in Albuquerque wearing a Los Pollos Hermanos t-shirt and softly crying. But can any of these Breaking Bad extensions drop sick monster beats that will make you turn up like you smoked a pound of Blue Sky? RJ Mitte, who played the breakfast-loving Walt Jr. and whose sole line of dialogue for years was mostly "good eggs, mom," is bringing his celebrity DJ game to NYC's B.B. Kings Blues Club on April 10th for a "themed DJ event" called Breaking Beats. Evidence of Mitte's actual DJing abilities is scarce and how the show's theme will play out at the event is unclear (please let the evening include Cheerios and bacon confetti raining from the rafters when the beat drops), but who cares? We're there. Tickets are here.
You May Also Like
Famous People