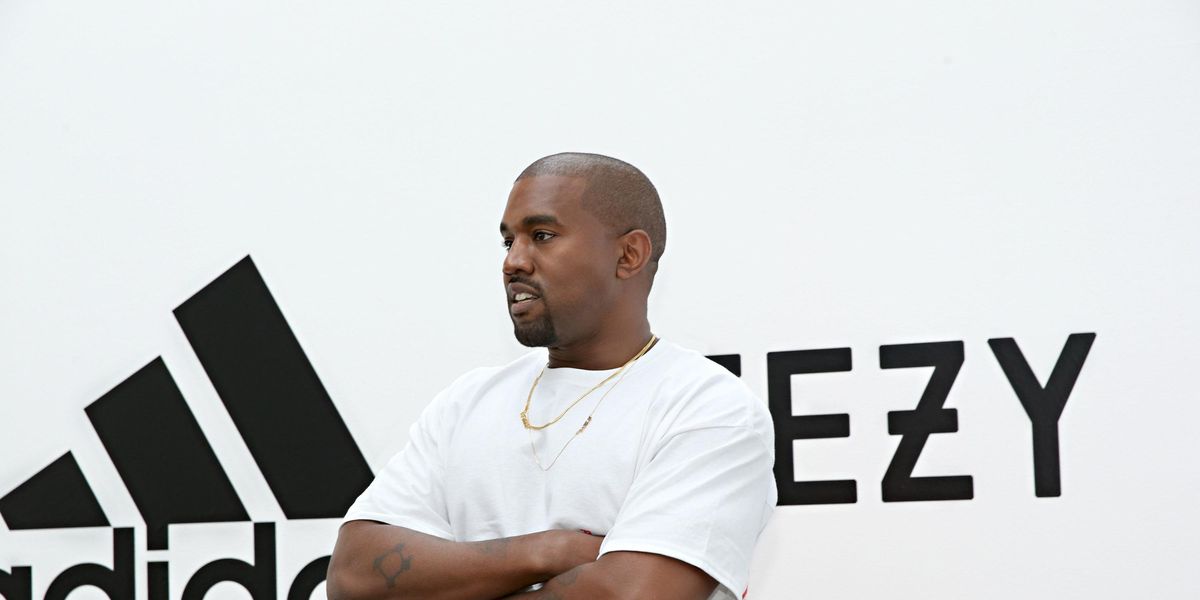 That's right. According to a new report from Business Insider, the retail giant has filed an official complaint with the US Patent and Trademark Office, arguing that Yeezy's proposed design is too similar to their signature "spark" logo.

Walmart's design has been in use since 2007 and is made up of thick lines that resemble a sunburst. Yeezy's look — which was filed for trademark in January 2020 — apparently has a similar shape featuring rows of small dots.

Even so, Walmart reportedly thinks that Yeezy's potential new look will like "cause confusion, mistake and deception" for customers, creating a "false affiliation" between the companies that could "damage" Walmart's reputation. The corporation also claims that it reached out to the brand about the perceived issue multiple times over the past year, though Walmart has "not received from Yeezy regarding the planned use or any cooperation from Yeezy in order to find common ground."

Yeezy has yet to respond to the complaint, but all of this does make us wonder about what happened to West's plan to sell $60 hoodies via the retailer.