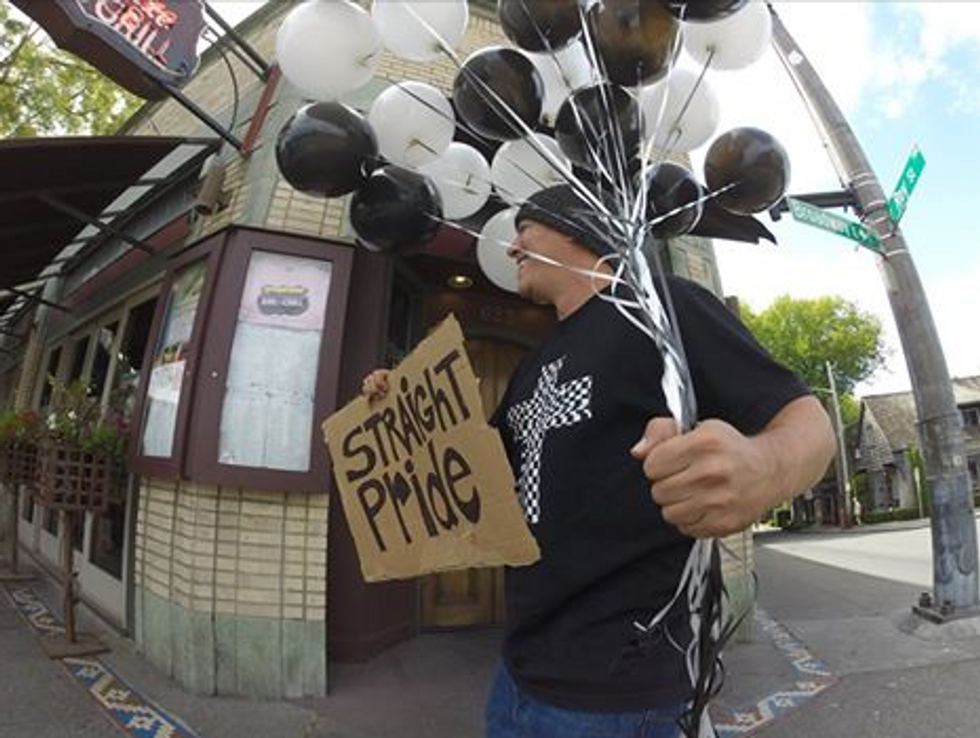 Walk Of Shame: No One Came To This Straight Pride Parade

By Sandra Song
PAPERMAG
So over the weekend, blogger/dude with major FOMO Anthony Rebello decided it was time to celebrate "equality" by organizing his very own "Straight Pride" parade -- and surprise, he was the only one who showed up.
Armed with nothing more than a cardboard sign, black & white balloons (how symbolic) and a sad excuse for a Facebook event, Rebello took to the streets of Seattle's Capitol Hill neighborhood to "celebrate our right to be heterosexual, and to encourage younger heterosexuals that they should be proud of their heterosexuality."
He also personally responded to several criticisms on his Facebook event, using logical retorts like "heterophobe" and "the LGBT community is full of hate" -- though judging by the amount of grayed out commenters, it looks like his favorite comeback was just good old-fashioned blocking.