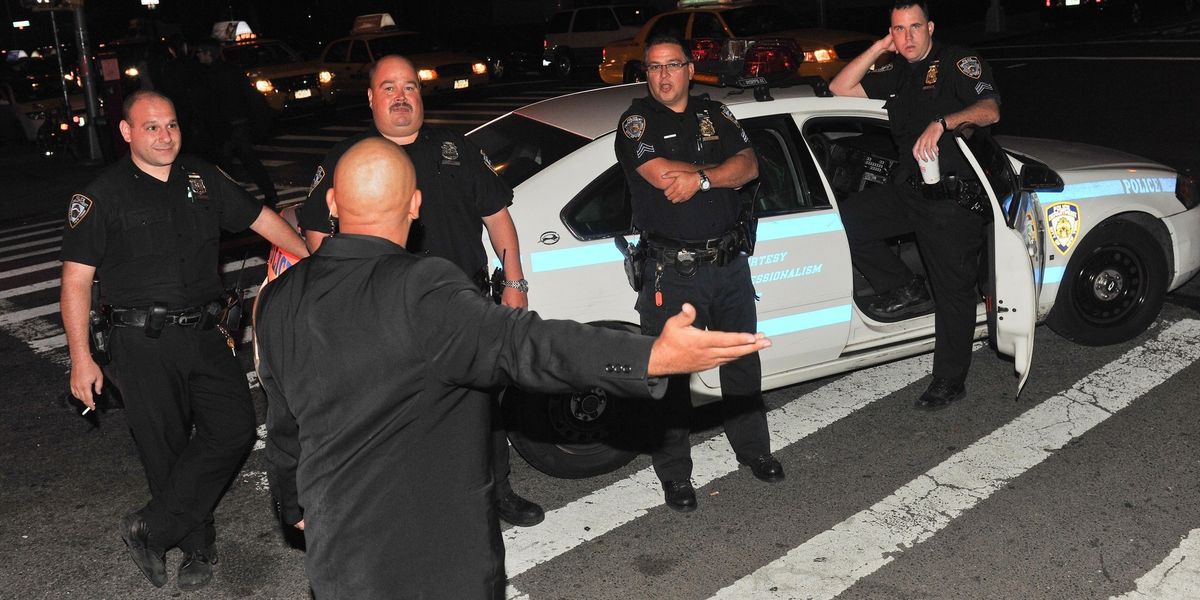 A few employees at a Georgia Wal-Mart are currently in hot water for refusing to make a "thin blue line" cake for a police officer's retirement party, on the grounds that it "could be perceived as racist and nobody feels comfortable decorating the cake."

According to Fox News, the daughter of a retiring cop originally requested a cake resembling her father's police flag, which the bakers rejected, saying the design "could be perceived as racist." She then apparently suggested a "thin blue line" cake with the words "Blue Lives Matter" on it, which was also refused because the workers didn't "feel comfortable" with that motif either.

After the second refusal, the cop's daughter went to Kroger for the cake instead.

Now, following a Facebook post made by a family friend that calls for a boycott of the company, Wal-Mart management has apologized and called the incident a "misstep." The presiding Wal-Mart store manager also reached out to the family to apologize with a $50 gift card, some "extra stuff" for the party and offer up another cake with the aforementioned design. But the bakers, for one, stood their ground and refused to decorate the cake, "so the manager told me that he would decorate it." However, the cop's daughter said the resulting cake "looked terrible. It doesn't look professional."

As a result, the family friends made a follow-up post over the weekend, saying that the manager just did this because "this [post] got so much attention, and he didn't want it to go farther than it did."

"So, although the mistake was 'made right,' I will still not be shopping at Walmart due to the 'quality' of employees they hire," she continued. "But that's just me. Please share this post just like you shared the other one so that people may get the update and form their own opinion."