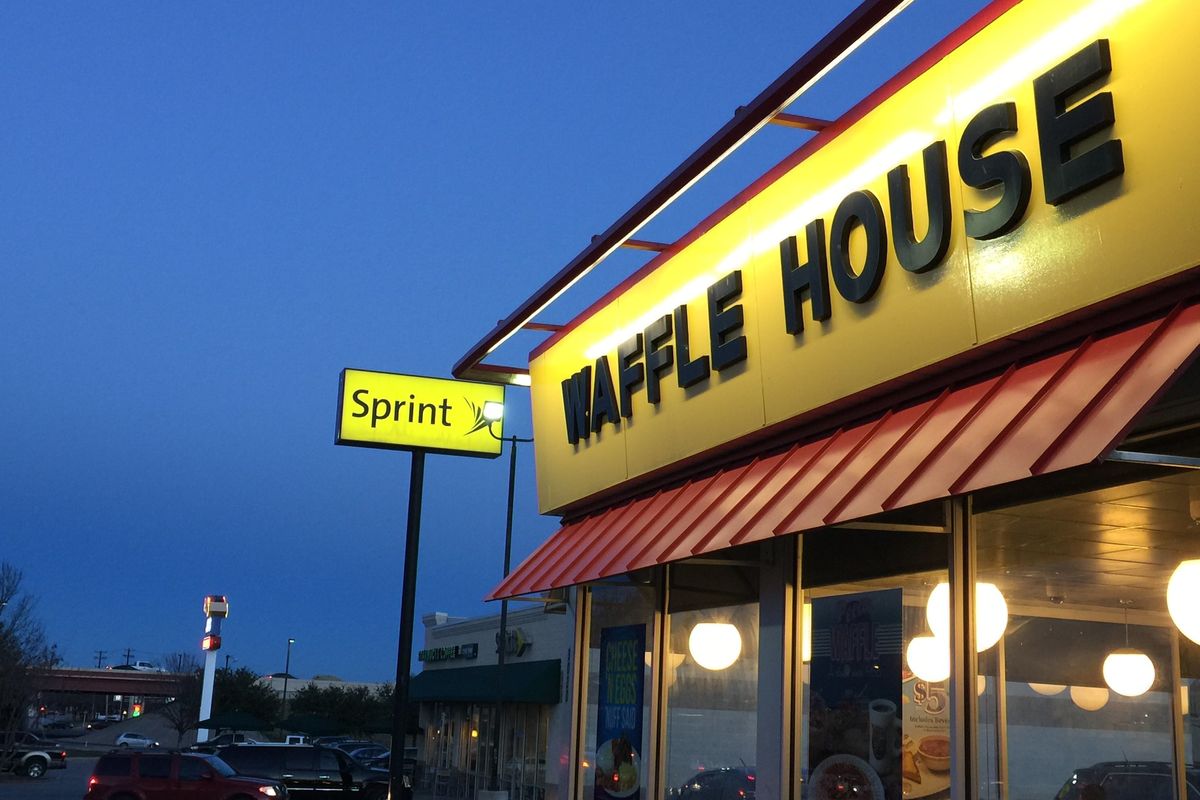 Anthony Walls was violently arrested outside a Waffle House in Warsaw, North Carolina this weekend after taking his 16-year-old sister to the prom. While at the restaurant, Walls got into an argument with the employees, who called the police. Video footage widely shared on Facebook shows an officer putting his hands around Walls neck and shoving him up against the wall during the arrest. Wall screams, "Get your hands off me!" as the officer throws him to the ground.

The incident is being investigated by police and the State Bureau of Investigation. Walls was charged with disorderly conduct and resisting arrest. Given that this happened three weeks after employees called the cops on Chikesia Clemons, who was then brutally arrested by responding officers, people online are calling for a boycott of the chain. Waffle House has since said it believes the arrest in Clemons' case was justified.

"We are looking into the incident...to gather all the facts," Pat Warner, a spokesman for Waffle House, said. "Initial reports say the customer became agitated, and the police were called."

Wall told CNN affiliate WTVD that he takes full responsibility for his interaction with the Waffle House employees, but added that he feels the officer used excessive force when arresting him. "I was pretty much trying to scream for air and trying to breathe because he was holding my throat," he said. "That's when I got aggressive with him because you are choking me."

"We're once again outraged by a video showing police officers using excessive force on an unarmed, nonviolent African-American Waffle House customer," Sherrilyn Ifill, president of the NAACP Legal Defense and Educational Fund said. "Once again this incident was sparked when a Waffle House employee called the police after the patron allegedly complained about customer service. And once again the police responded with violence."

Incidents of white people calling the police on people of color have been circulating on social media recently. While it's not a new phenomenon, social media is bringing the issue to light.

Bob Bland, co-organizer of the Women's March, wrote on Facebook: "Why are we organizing if not to identify and eradicate the root cause of our collective suffering, and replace it with something just? In the future, historians better look back on this video as the turning point when progressive white women finally saw their role as oppressors for what it is, and made a personal commitment to NEVER CALL THE COPS ON PEOPLE OF COLOR IN AMERICA unless they were witnessing a violent crime or their actual lives were threatened."