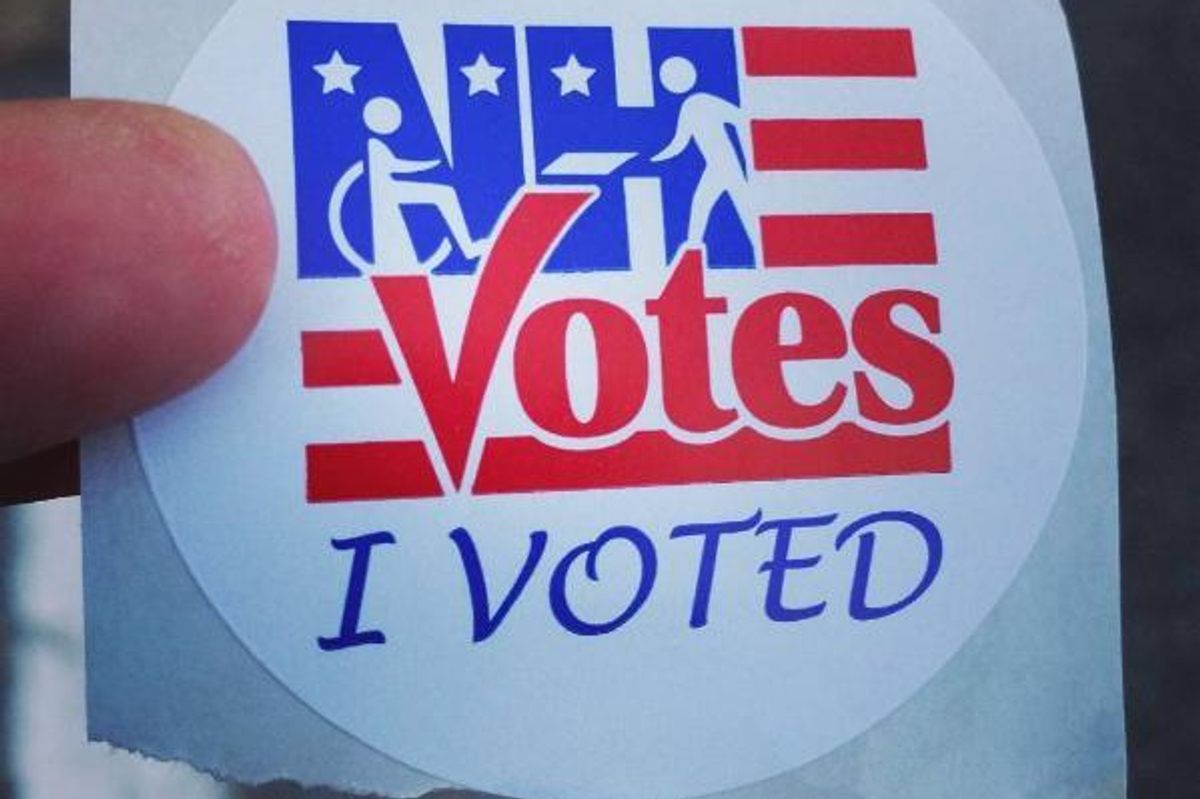 Snap Away! Voting Selfies Are Legal (at Least in New Hampshire)

Is there any act more American than going to your polling place in November and marking your ballot for the candidate of your choice--and then promptly memorializing your civic engagement with a celebratory selfie?


Now, New Hampshire's selfie aficionados have been cleared to snap away. A federal appeals court struck down a NH law that made it illegal to take and post photos of ballots on social media, and declared it unconstitutional and a suppression of political speech.

"Voting is an act of extraordinary importance. And it is because of this importance that the First Amendment also ensures that citizens are free to communicate their experiences at the polls, including the people for whom they voted if they so wish," said a co-counsel in the case in a statement following the victory. "There is no more potent way to communicate one's support for a candidate than to voluntarily display a photograph of one's marked ballot depicting one's vote for that candidate."

The ban, which was designed to combat the unkillable myth of voter fraud, levied a hefty $1,000 fine against anyone proudly displaying their votes. The appeals court in their decision determined that "a picture is worth a thousand words" (no points for creativity, guys) and that the ban "is like burning down the house to roast the pig" (okay, lots of folksy creativity points there). This makes New Hampshire one of only nine states--along with neighbor Maine, North Dakota, Arizona, Delaware, Indiana, Wyoming, Utah, and Oregon--to officially allow photos of ballots and voting (26 ban it, and the other 15 have no law on the books).

Sounds like it's time for New Hampshire to change their motto: "Selfie free, or die."