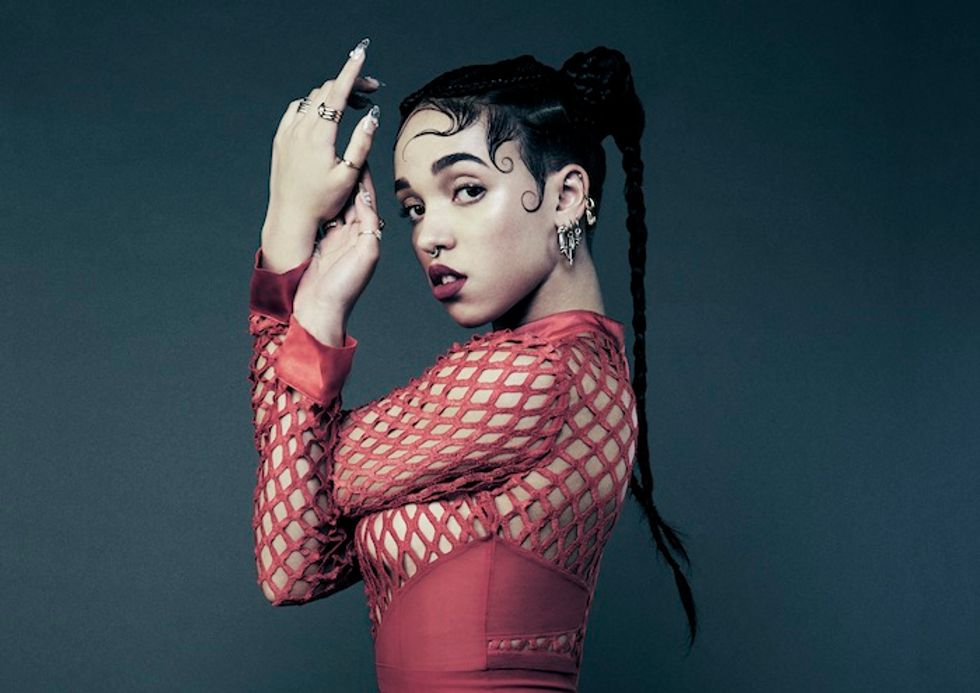 By Sandra Song
PAPERMAG
photo by Dominic Sheldon
This morning FKA twigs debuted "Figure 8" from her forthcoming Melissa EP on Beats 1 Radio.
An icy, pulsating banger that sees her going in much more uptempo directions, it still possesses the same skin-crawling viscerality that's made her previous work pop in such extreme ways -- perhaps because the same sort of angular, industrial-tinged vibes (a trademark of LP1 co-producer Arca's work, who we're pretty sure has nothing to do with Melissa) are a marked presence. The recording also includes a brief interview with twigs about the EP's writing process which occurred in the months following LP1, as well as the vogue influences she mentions as a big part of "Figure 8's" genesis.
Listen below.
You May Also Like
Famous People