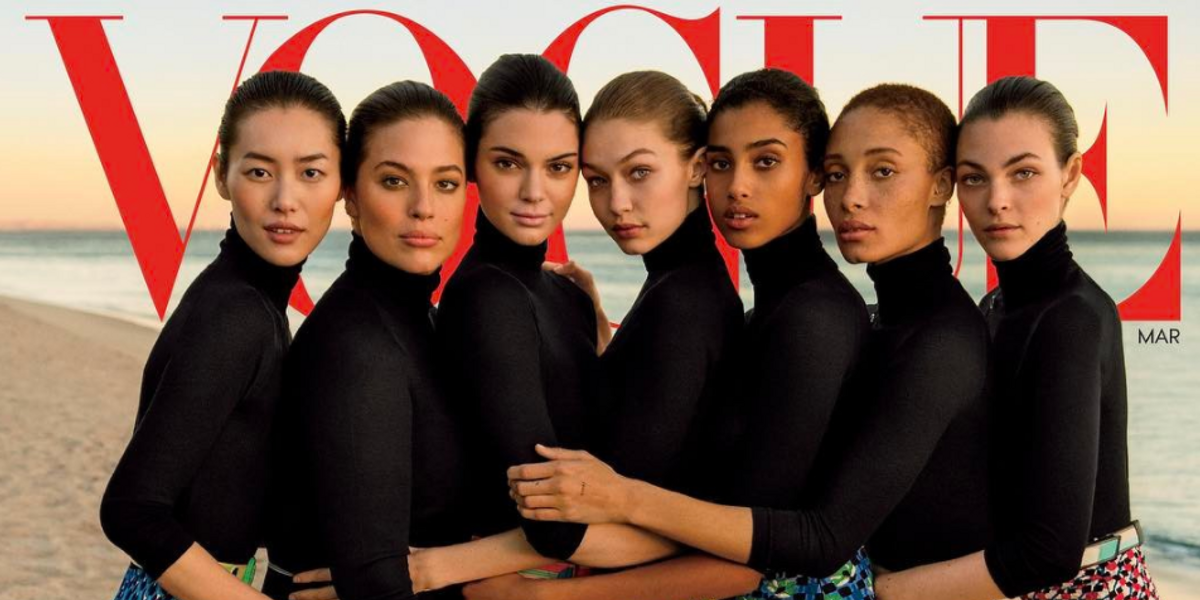 In what will likely be the new cover pic of the next "PHOTOSHOP FAIL" clickbait link shared by T-Pain, Vogue seems to have retouched the heck out of their new 'Women Rule!' cover, which features the biggest supermodels in the game.

In the image, Gigi Hadid's arm extends impossibly to reach Ashley Graham's waist as the girls cradle each other on the beach. While the other models' patterned shorts appear to have been left alone, Vogue also added a white stripe and label to Ashley's original plain black ones.

Heaven forbid a person that isn't starved or over exercised or photoshopped or an anomaly of genetics is seen in Vogue. Can't have that.
— Violet Baudelaire (@Jabberwocky_7) February 8, 2017

Hey #vogue you totally photoshopped the cover #AshleyGraham is not that way in photos. This is why Women have weight issues #magazines lie 😡
— marian hernandez (@calcatsmom25) February 9, 2017

Both Vogue and Kendall Jenner shared the cover on Instagram, riling up followers in the comment section. Ashley, who is the only model to have her arm rest on her thigh obscuring her stomach, rather than on another model, only responded to clarify she was not directed to do so.

'I chose to pose like that.. no one told me to do anything,' she wrote.

This is not the first time Vogue's photoshopping has been criticized, Victoria Beckham's leg was missing from Vogue China's May issue last year and Vogue Brazil edited disabilities on to able-bodied athletes last year.