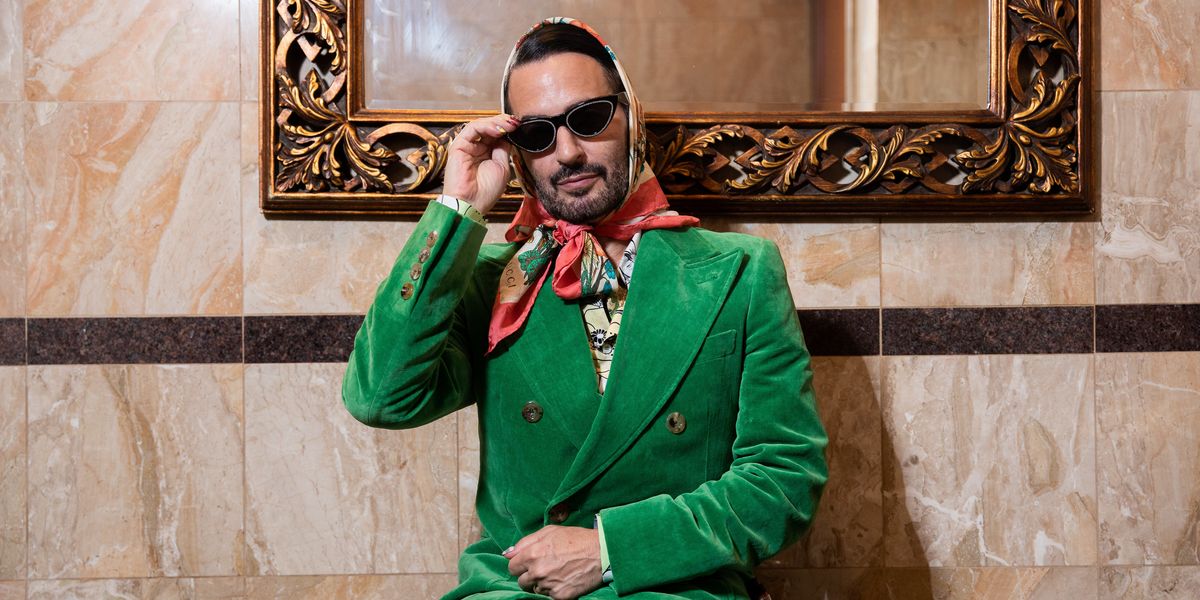 This year's MTV Video Music Awards are a little less than a month away and they're already shaping up to be a fresh, new direction for the long running award show. In addition to the creation of the socially conscious "Video for Good" category, the VMAs also announced the inclusion of a new K-Pop category in an effort to finally give the global phenomenon its due. Today, the show unveiled that designer and fashion industry giant, Marc Jacobs, will be honored with the first ever fashion award at this year's ceremony.

Announced in partnership with the Council of Fashion Designers of America (CFDA), the MTV Fashion Trailblazer Award will honor Jacobs for his contributions to the worlds of fashion, music, and the many places where they intersect. In addition to receiving the newly created award, Jacobs and his design team will be responsible for freshening up the red carpet with their very own activation.

For Jacobs, music and fashion are intertwined, dating all the way back to his landmark 1993 Perry Ellis grunge collection that ultimately got him fired. He's dressed nearly every artist under the sun from Lady Gaga to Cardi B for everything from red carpets to music video shoots. The designer's collections under his own namesake label have previously pulled inspiration from raver culture and incorporated a marching band cover of Nirvana's "Smells Like Teen Spirit" on the runway; he even recycled the MTV logo for one of his 2017 Resort looks, so it seems only fair that he be the award's inaugural recipient.