Dame Vivienne Westwood chose to forgo the runway this season, opting instead to launch her Spring 2020 collection digitally through images and video content. Once again, she's using her platform to raise awareness of the environmental impact that clothes and consumption have on our planet, but this time, she's taking it even further.

"Dollar Is Dead!" she declares in the one-minute film released today, adding that "Rot Dollar" (Rotten Financial System) is the cause of poverty and climate change. A series of graphics, including two snakes eating each other's tails, serve to emphasize Westwood's claim that the economy and climate are in a loop.

The video, directed by Hugo Comte and dubbed "No Man's Land," offers a glimpse into a wiped out wasteland in the near future, according to the brand, which will happen once we "go over the tipping point." The solution? An ideal world where wealth is distributed fairly and no one owns land, hence the title of the film.

"We are using this as an opportunity to show our best clothes," reads a statement from Westwood. "The future is quality not quantity. Less is more sustainable." To that end, her 49-look collection offers a range of well-made clothes—mostly a mix of tailoring, deconstructed shirts, colorful knits — for someone who buys less but buys the best.

Check out the slideshow, below, for some of the looks from Vivienne Westwood's Spring 2020 collection. 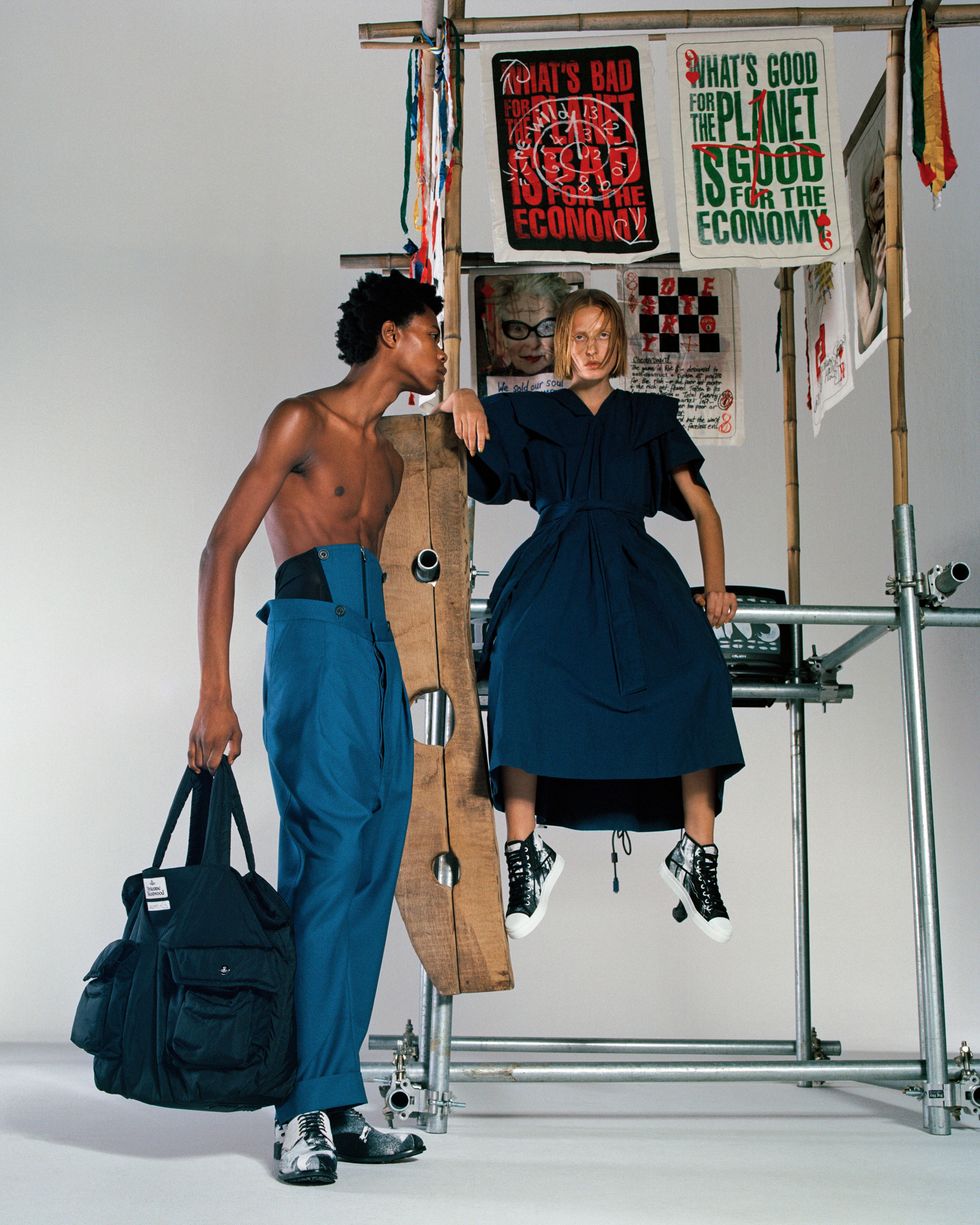