Famed British designer Vivienne Westwood has teamed up with the cult shoe brand, Buffalo London, to create two new shoes with platforms standing miles above cool. Combining iconic aspects of both labels in the hybridized styles, the shoes reimagine brand history like the first Classics platform sneaker released in 1995, and its subsequent Hightower Platform, that's now merged with Westwood's Pirate boot to create the Pirate Boot Platform. The boot comes over the knee in soft leather printed in red and black, then fastens to the top with tan buckled straps.

Debuting in the Fall 1981 Vivienne Westwood show, the Pirate Boot was part of an entirely unisex collection with the alternative, layered ragamuffin look of pirates dressed in swashbuckling clothes. The look has endured throughout the years and is now back for a remix with Buffalo London's timely collaboration. 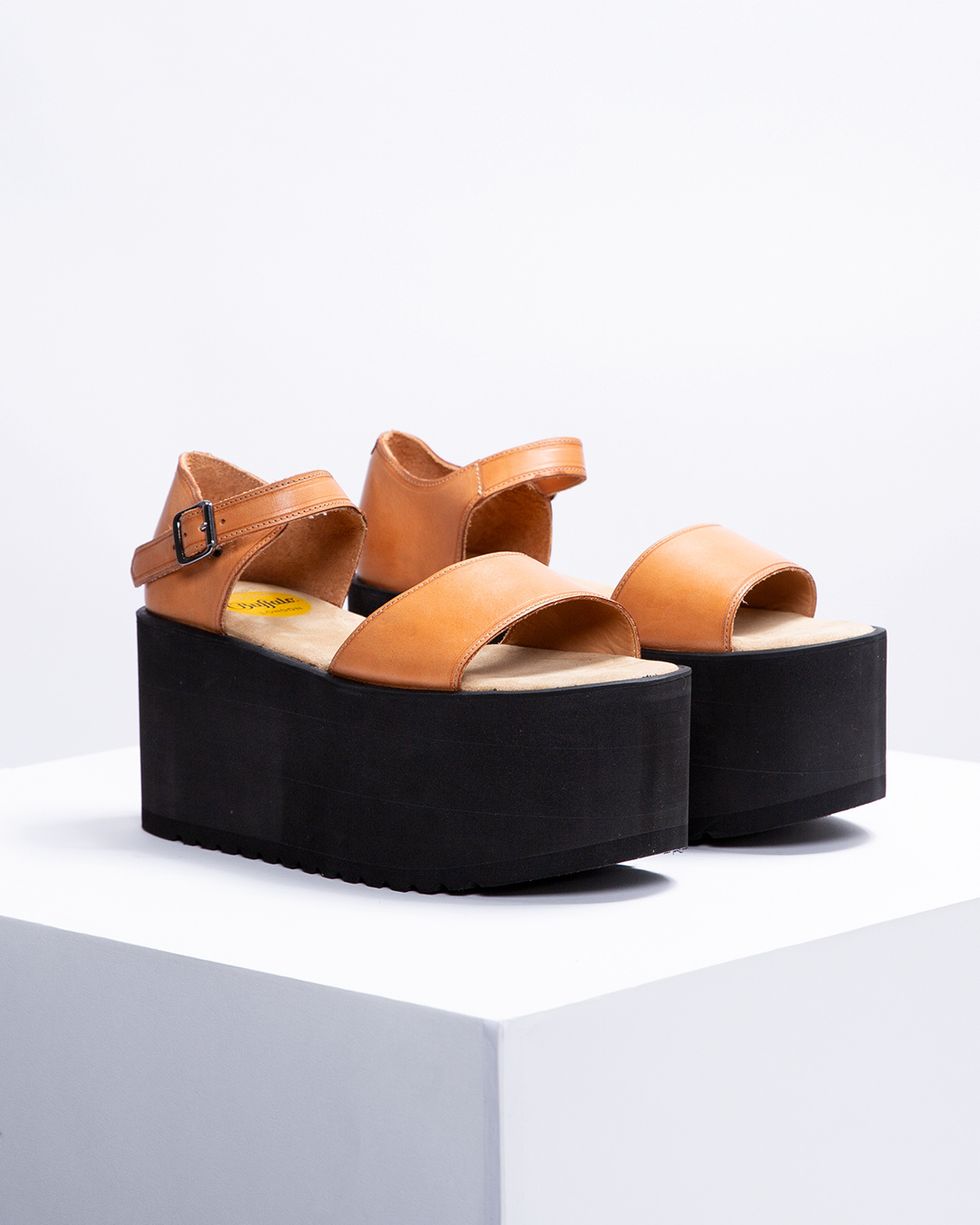 The other style in the latest drop is The Connected Sandal Platform, which is pale tan leather and with ankles straps on a black platform inspired by Westwood's original Everything is Connected Sandal from the spring 2014 collection.

Get into the shoes that are stacking up on style in the new campaign, shot by Jürgen Teller. 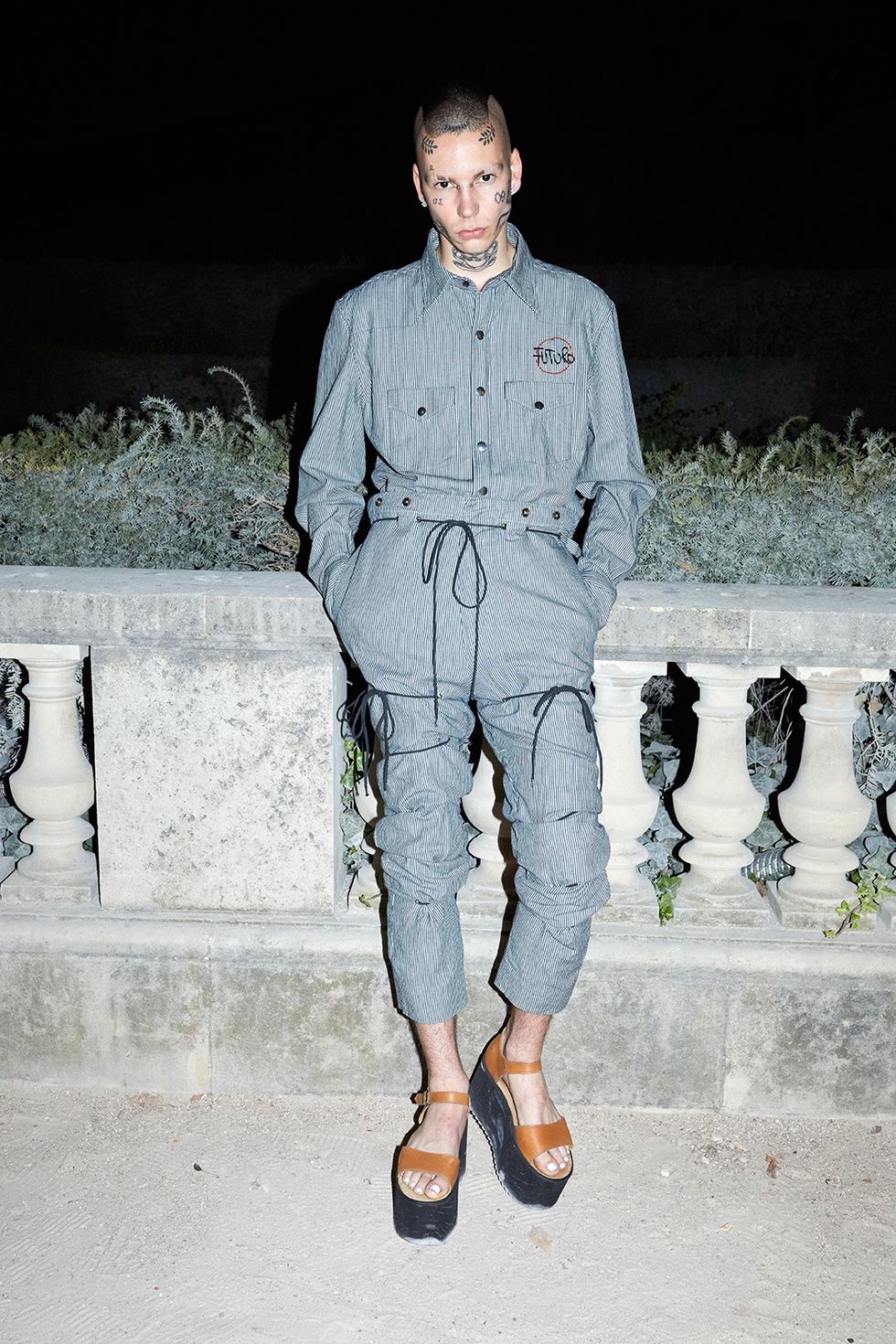