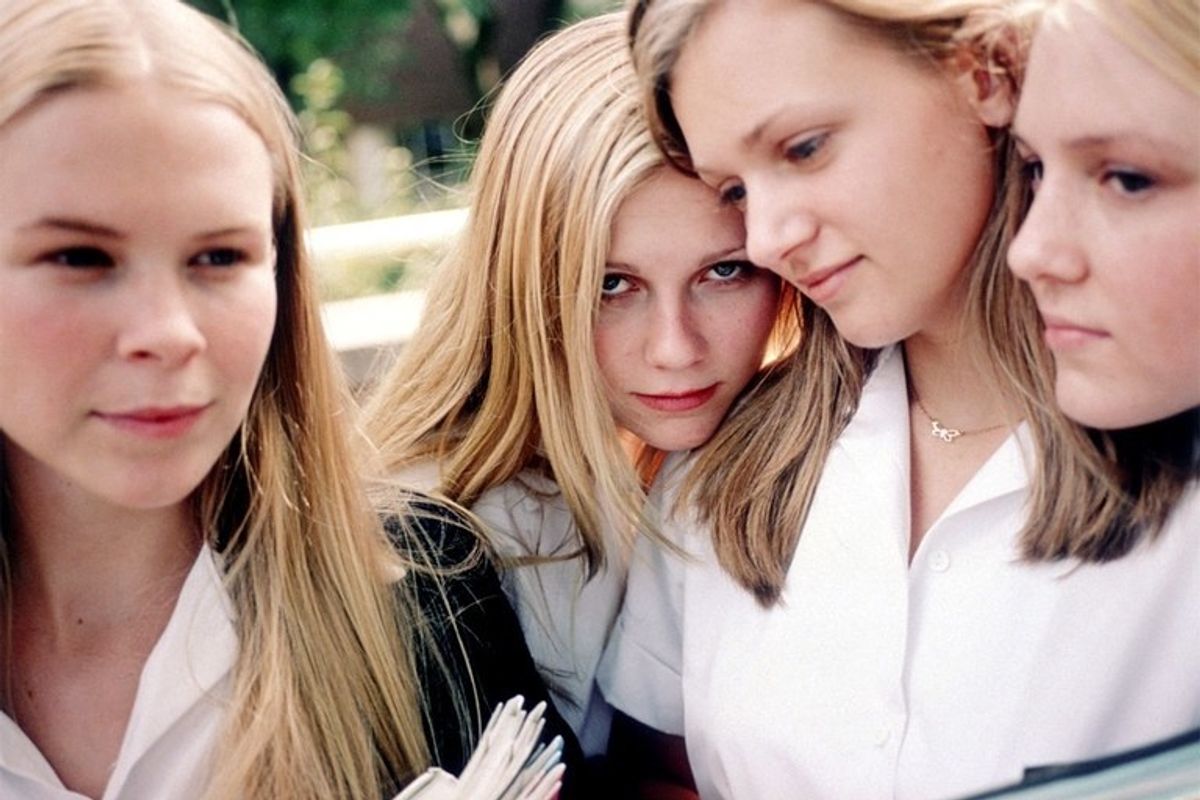 The hysteria surrounding a potential contagion effect of hit Selena Gomez-produced Netflix show 13 Reasons Why proved justified — suicide Google searches among teens reportedly spiked and parents blamed the series for their children taking their own lives after watching it — which was exactly Paramount's fear with Sofia Coppola's cult classic, The Virgin Suicides.

If you're familiar the film, you'll know all five major characters (oppressed teenage girls) form a suicide pact, which they see through at the climax. In a new interview with Entertainment Weekly, director Sofia Coppola explained that Paramount was decidedly shook by the film's concept, and, worrying the film glamorized suicide and might spark copycats, kept it decidedly under wraps. According to Coppola, the studio "didn't really know what to do with it."

"It didn't have much of a release," Coppola told EW. "They were afraid that girls were going to commit suicide if they saw it! It had a really small release. We made it for very little, so they didn't have to do much to make it."

Upon release the film grossed only $10 million worldwide, just making back its budget. Now, The Virgin Suicides is considered one of the most pivotal pieces of entertainment to illustrate the immense stress of adolescence. You'd be hard-pressed to find a millennial that hasn't seen, or at least heard of, the movie and Coppola is thrilled for its "second life."

"It makes me glad that girls of other generations connect to it and find something in it, it didn't have much of a life at the time it came out... about 10 years ago, people started telling me that their teenage daughters loved the movie," Coppola said. "I was like, they weren't even born then! How do they even know about it?"

Criterion Collection will release the The Virgin Suicides on April 24 — Coppola's first film to join the library. Relive the magic in the trailer, below.