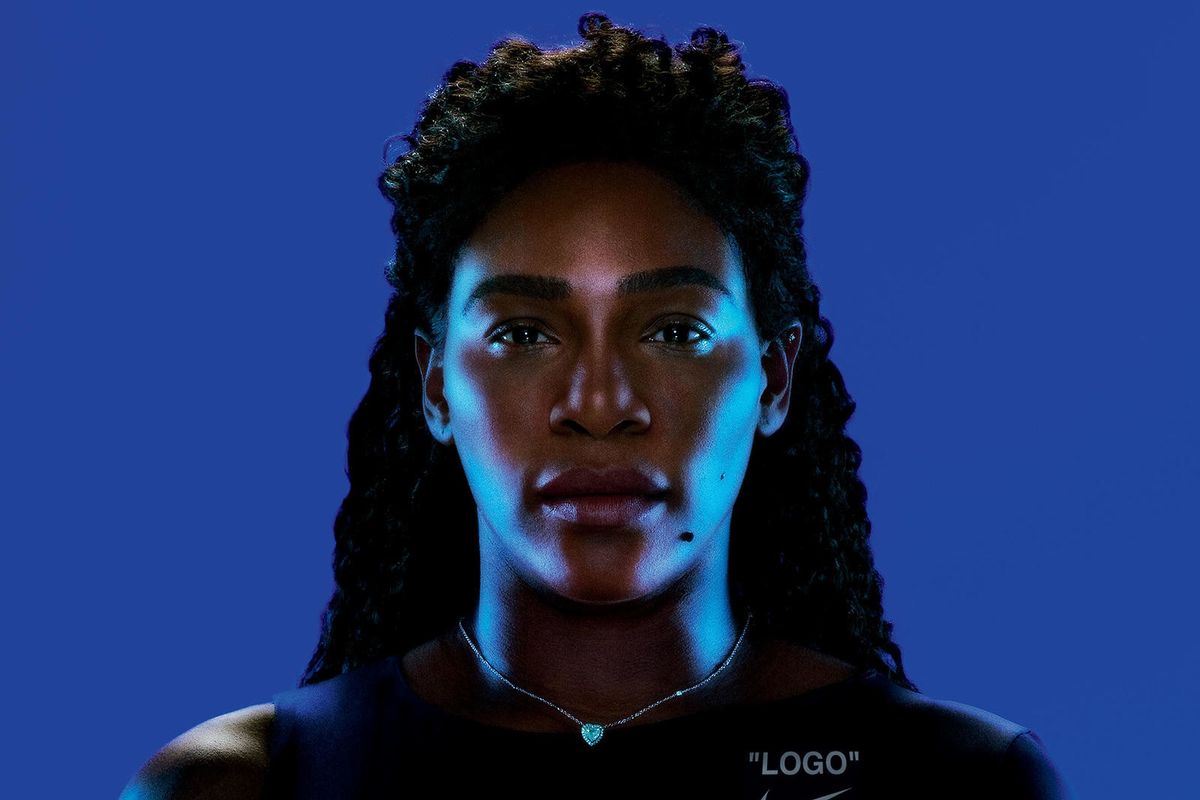 The only thing as impressive as Serena Williams's athletic rigor are her daring sartorial statements. Who can forget her pink, leopard print Nike dress from a 2014 match during the U.S. Open quarterfinals? To celebrate the tennis star's bold style and the U.S. Open's 50th anniversary, Nike enlisted Virgil Abloh to create a capsule for Williams aptly titled "The Queen Collection."

The capsule includes black and white leotard dresses with tulle skirts that draw inspiration from Williams' interest in dance. These styles are accompanied by a black tech fabric bomber jacket and Abloh's take on Williams's NikeCourt Flare 2 sneakers. Forgoing "bells and whistles and tricks," as Abloh puts it, the Off-White designer focuses on the gracefulness of tennis to achieve a streamlined silhouette that complements Williams's agility on the court. Created especially for the athlete's body, Abloh's designs have been crafted keep Williams cool and adapt to her every move.

Pieces from "The Queen Collection" will be available at NikeLabs and Nike Soho after August 27th when the US Open's 50th installment is set to begin at Flushing Meadows.