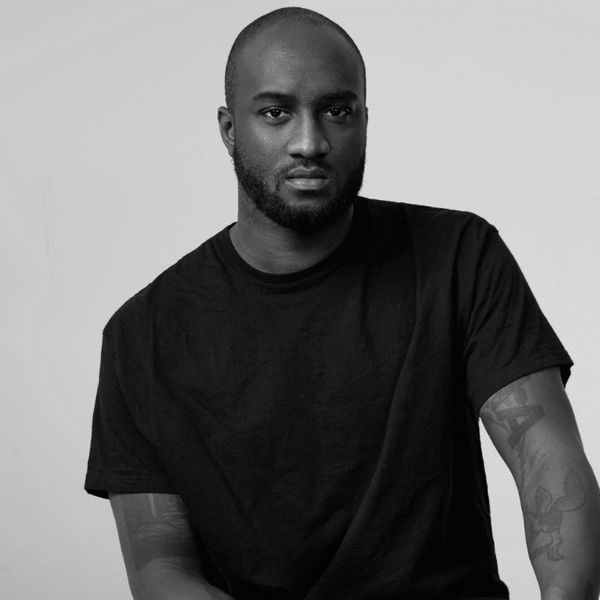 Virgil Abloh, the architect and engineer turned DJ, artist, and designer, is having a momentous 2018. This year marks both his first as artistic director of menswear at Louis Vuitton and his co-ed ready-to-wear and accessories label Off White's five-year anniversary. This month,, Chicago's Museum of Contemporary Art announced a 2019 retrospective focused on the multihyphenate creative's approach to music, art, and fashion.

Opening on June 8, Virgil Abloh: Figures of Speech (through September 22) is named after the word-play his featured in his various projects. In addition to examining his designs for Nike, Off-White, and Louis Vuitton, the show will incorporate Abloh's architecture and furniture works, fine art including sculpture and paintings, and projects for Kanye West's creative agency Donda. The 37-year-old Chicago native's music-related work will also be integrated into the show, from his graphic designs for musicians to DJ sets and runway show soundtracks. Abloh will also design never-before-seen objects and apparel (not commercially available) for the exhibition, which has been in the works for over two years.