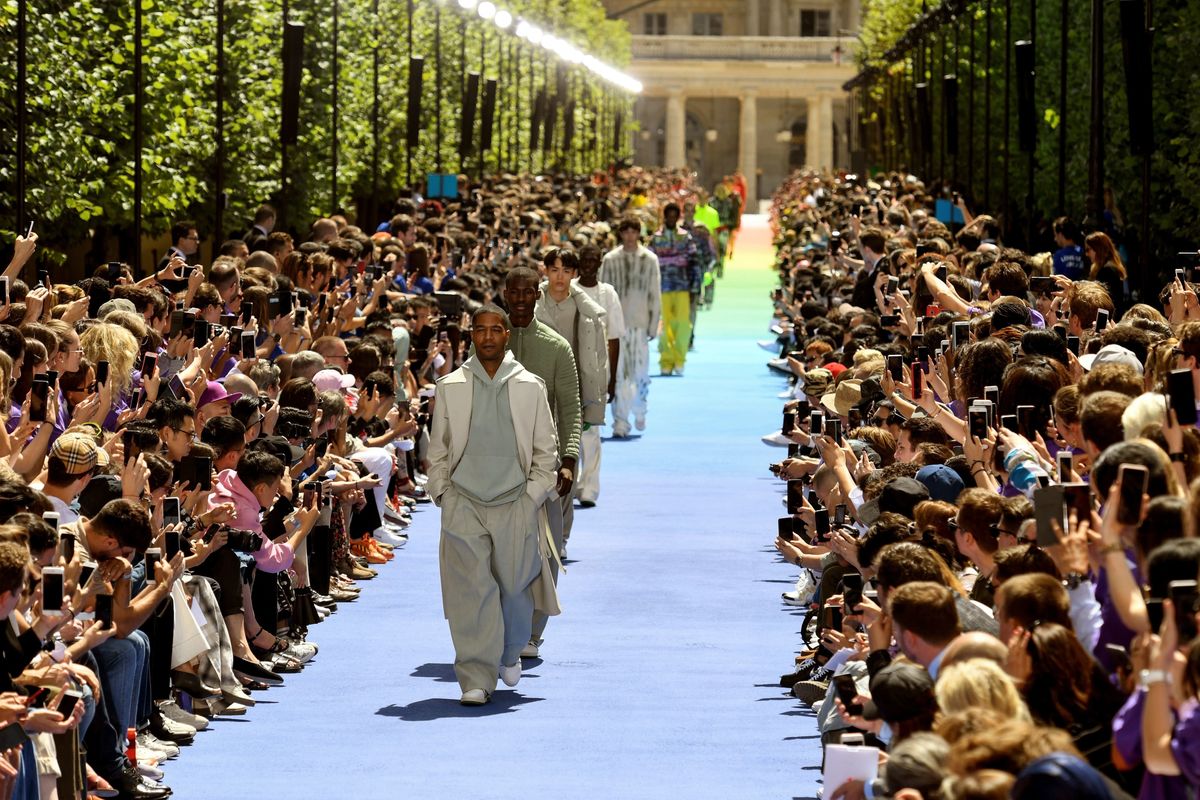 Everything That Happened at Virgil Abloh's First Louis Vuitton Show

Virgil Abloh wrapped his long-awaited first show as the head of Louis Vuitton menswear in Paris, which combined Abloh's lifelong love of music with his new futurist vision for the storied Parisian fashion house. Abloh came up as a DJ, spinning at parties in Chicago as a teenager, and released his first original production — a collaborative EP with Berlin-based producer Boys Noize — earlier this year. He paid tribute to his love of music at his show at the Palais Royal by tapping a host of musical artists —including Kid Cudi, Playboi Carti, Dev Hynes and the Internet's Steve Lacy to walk as models down the rainbow-hued runway.

MCR Fashion Industry on Instagram: “The world’s eyes were on @louisvuitton as @virgilabloh debut his first collection for the brand since taking over his role as artistic…”

The most talked about moment happened when Abloh walked the runway to a standing ovation concluding the show, and embraced long-time friend and collaborator Kanye West in a tearful hug, captured by Takashi Murakami:

Though there's been speculation West and Abloh aren't on good terms, with Drake even rapping that West was holding his friend back out of jealousy, this moment puts those rumors to rest or at the very least, complicates them. Ye was joined in the front row by Kim Kardashian, Kylie Jenner and Travis Scott, all wearing LV by Virgil, and the versions of the ye tracks "I Thought About Killing You" and "Ghost Town" both got airtime at the show.

NOWFASHION on Instagram: “A ton of celebrities came out to see @virgilabloh’s first #menswear collection for @louisvuitton including @kimkardashian, @kyliejenner,…”

Rihanna dazzled in LV white, posing for a photo with A$AP Rocky that we understand if you are unable to look away from to finish this post:

This historic event, combined with the hug heard 'round the world, bring a little hypebeast hope for the future in these bleak times.

See more looks from the show, below: