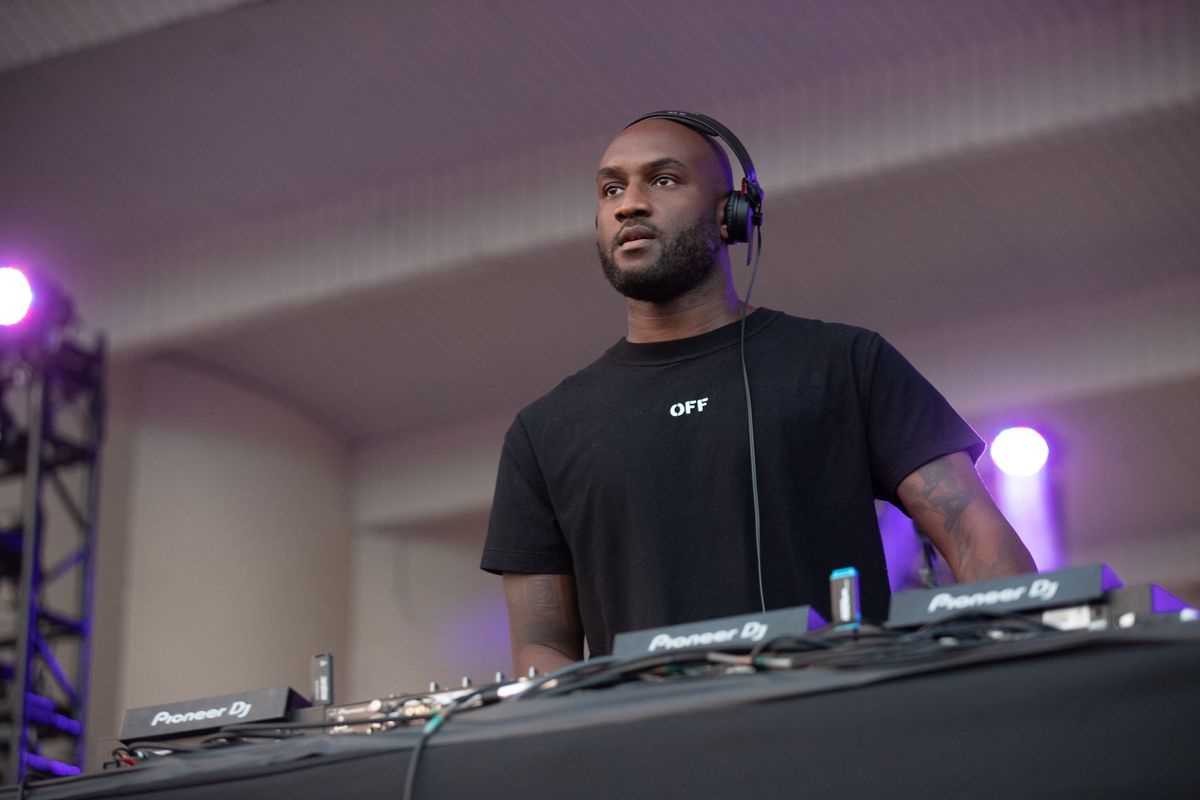 Virgil Abloh might be one of the buzziest designers of the moment, not only standing at the helm of his own brand, Off-White, but also becoming the Artistic Director of Menswear for Louis Vuitton, having shown his first collection for the iconic fashion house at the end of June. This weekend, though, he's going back to his DJ roots, playing a set on Thursday night at summer music festival, Lollapalooza.

To document the event, Abloh posted a series of black-and-white images to his Instagram, captured by Jason M Peterson. With the images, he attempts loosely to write out his stage set for all of those not in attendance (and, perhaps, even those who were), though he doesn't get very far before petering off, forgetting exactly it was that he played. The designer writes, "song 1: Chicago Bulls Theme song; song 2: Chief Keef 'Love SOSA'" continuing, "then I can't remember the rest…" Oh well. Anyone know?

For the event, Abloh appropriately rocked his own brand, wearing a black cotton T-shirt from Off-White that read "off" in small letters right below his neckline and boasted a large graphic print from the company's Fall 2018 season on the back. Now, if we only knew what the rest of his DJ set was….here's hoping he re-creates it.