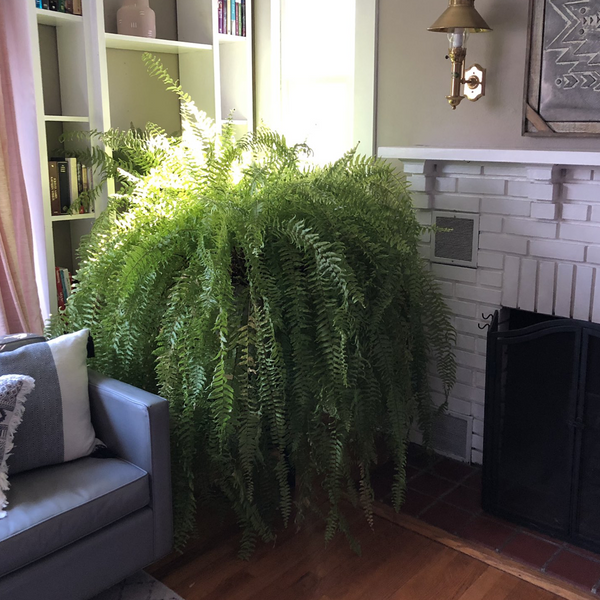 This Fern Is More Famous Than You'll Ever Be

As anyone who's ever ordered from a shady Amazon seller knows, some online ads have a tendency to misrepresent reality. And one of the most common issues? Size discrepancies. That said, one vague product description has now led to a hilarious viral tweet and a bunch of subsequent memes — as well as a fern that's probably more famous than you'll ever be.

It all started when Twitter user Riley Leight went online to purchase a fern. Merely described as "large" in the listing, the plant-in-question turned out to be a "menacingly gigantic" oversized monster of a plant that took up the entire back of an SUV and, now, appears to take up a substantial part of Leight's living room.

"I bought a fern that was simply described as 'large,'" Leight wrote, alongside two for-scale photos of the fern, "And i did not know what the fuck i was getting myself into."

According to Leight, the fern was bought for $40 from an elderly couple who also threw in a jar of homemade honey — though the new plant owner was a little busy "sitting here in shock staring at my gigantic daughter."

Granted, given its hulking size and truly intimidating presence, it didn't take long for the internet to become obsessed with the monster fern and turn it into a meme of sorts — with some even going so far as to anthropomorphize it for an even more sinister effect.

And with almost 500,000 likes in a little over 24 hours, it seems as if this plant is fully on its way to becoming an internet celebrity in its own right. So it's only a matter of time until it gets its own account, right?

if i post more pictures will y’all leave me alone pic.twitter.com/9i7kumYGqe

And while Leight has yet to figure out where exactly to put it, in the meantime you can see what others are saying about this monster fern, below.

So, where are YOU moving to?
The fern lives there now, owns the place.

That is 100% going to scuttle across the room 😂 SO beautiful though!

Throw out the furniture. Get a loin cloth. Plant some vines, get a bone club. Everything is going to be fine. Just go with it.