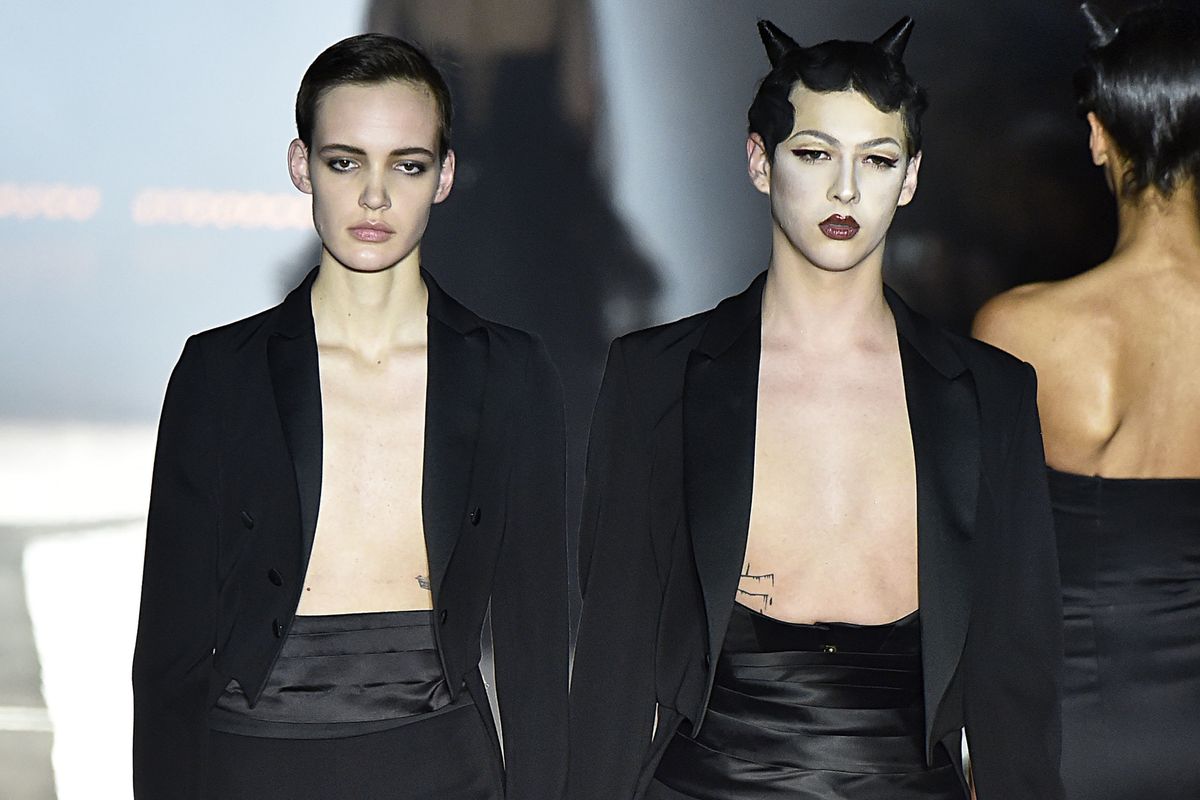 Jeremy Scott presented his Fall '18 menswear collection for Moschino at Milan Fashion Week last night, which he coyly described as "a tiny bit kinky" backstage. Mountains of latex, gimp masks and slogans like "Bottom," "Lick," "Thirsty," "Stud" and "Daddy" might be considered more than just a "tiny bit" kinky by your average person, but anything goes at a Moschino show.

To top it off, Drag Race winner Violet Chachki closed out the show in a conjoined tuxedo sans-shirt look and hair twisted up into devil horns.

She also did a conjoined-twins look during her Drag Race season, when she and fellow queen Max dressed up as can-can girls for the "Conjoined Queens" task.

Since winning Drag Race, the gender fluid queen has continued to make strides in the fashion world, becoming the first ever drag queen to front a woman's lingerie line for Playful Promises late last year.