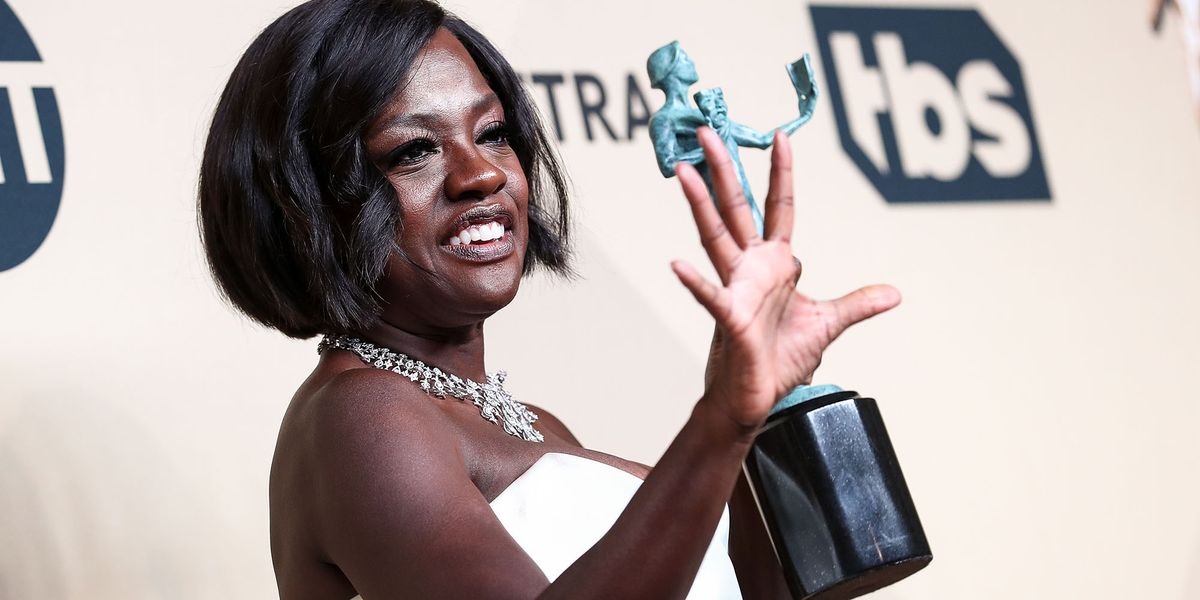 Viola Davis, the First Black Actress to Win Five SAG Awards, Denies This Year's Nominee Diversity is because of #OscarsSoWhite

In these dark, dark times, here is something good: Viola Davis is officially the first black actress to win five SAG awards, her latest for her role in the Denzel Washington-directed Fences.

Returning to the role that won her a Tony in 2010, Davis won last night over Midnight's Naomie Harris, Lion's Nicole Kidman, Hidden Figures' Octavia Spencer and Manchester by the Sea's Michelle Williams, the same group she beat out at this year's Golden Globes and will be up against at the Oscars on February 26th.

After her win Davis clarified that no actress is recognized "because of the color of their skin" when asked if the increase in diversity among award nominees this year might be a response to the #OscarsSoWhite backlash in 2016.

"I think that every nominee from Naomie Harris to Octavia Spencer to Hidden Figures to Fences to Moonlight to Mahershala Ali are up there because they deserve to be there...They put in the work. So the answer to that is no."

"February 27 is gonna come, and now what?" Davis continued. "Is it just going to be a trend to talk about inclusion—and I'd rather say inclusion than diversity—or is it going to be a norm that we're all part of the narrative, that all of our stories deserve to be told, and that art indeed has to reflect life and our culture? And people are going to demand it. We're not The Brady Bunch anymore. We're 'Black-ish.' We're Fresh Off the Boat. We're Jane the Virgin. We're Stranger Things. We're a hodgepodge of races and sexes and sexualities."

Davis has won twice at the SAG awards for hit TV show How to Get Away With Murder and received the Outstanding Performance by a Cast Award for The Help. She also made history last week as the first African-American actress to be nominated for an Academy Award three times.