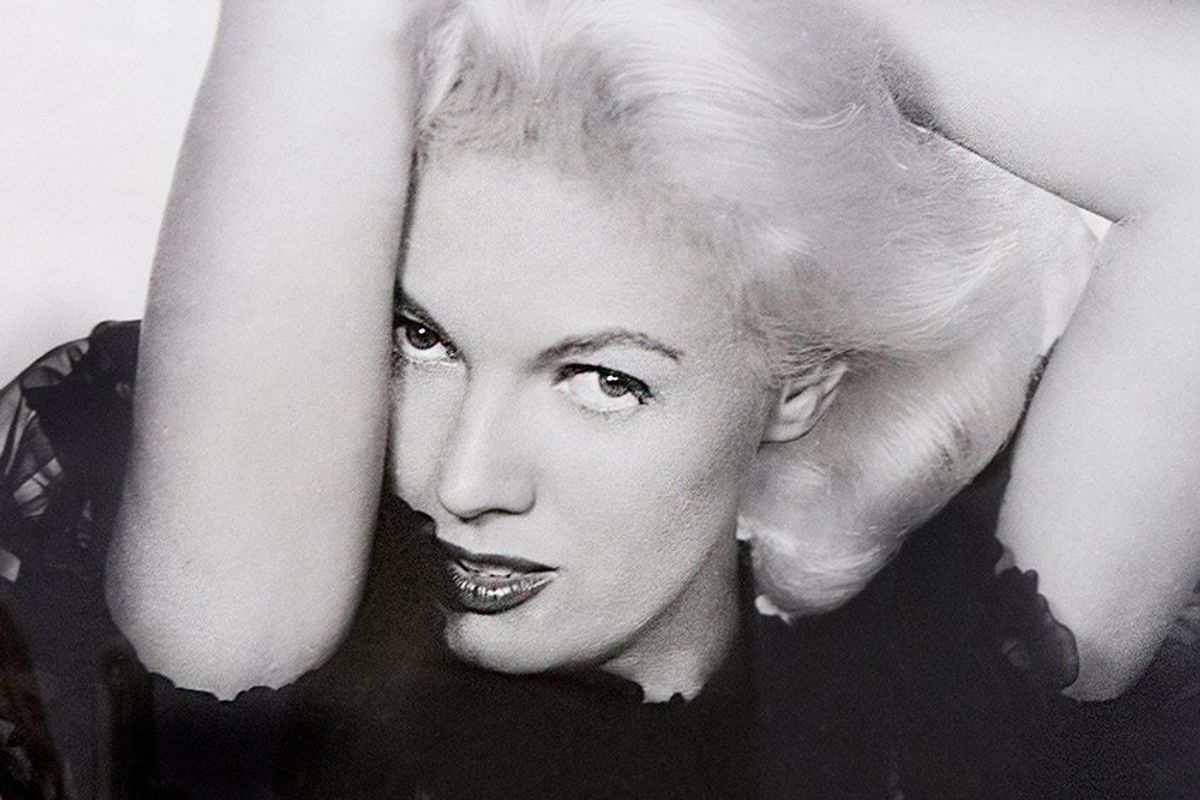 Those Who Came Before: The 10 Most Important Erotica Pioneers

Of course, it was not always thus. At one time, the Puritans held sway over all media, and even the faintest whiff of obscenity was banned. This didn't stop pornography and erotica from happening, but it made it harder to come by. (And from.)

These 10 models and actors and actresses and dancers and people (and one illustration) kept the fever dream of bare flesh and watching other people do it alive in those dark times, and they deserve your respect.


It would be difficult to overstate the importance of Swedish actress Nyman's body on the freedom that we enjoy today. Nyman was the star of the 1967 Swedish art film I Am Curious (Yellow). By no means the first foreign flick to bring nudity to the U.S., 1967's I Am Curious... became mostly notable for the Supreme Court case it inspired, Byrne v. Karalexis, which granted that it wasn't obscenity if, essentially, people were seeing it without coercion.

But what's remarkable about Lena is not the ground the film broke in law, but the ground her raw, uncensored body broke. Unlike Brigitte Bardot or Isabel Sarli or Anita Ekberg, Nyman wasn't sold as a sex symbol. She isn't framed and she isn't pushed up throughout the movie. Her tits flop to the side and the cock-kisses she places on her lover are gentle but real. In short, she was one of the first amateurs working the pro circuit. Seeing a real person have real sex, even in a (partially) scripted film, made for real titillation. (The cameo from Martin Luther King Jr. didn't hurt.)

African-American singer and dancer Esther Jones is probably most notable for three-ish word type things: "boop-oop-a-doop." Maybe that's just one word. Or sound. Anyway, it was hers, and white singer Helen Kane stole it and then Max Fleischer stole it from Kane to create Betty Boop. That's right: You've been turned on by thievery. But the story of that lawsuit is known and gets more boring every time it's told.

Ms. Jones, however, deserves more respect than just being the inspiration for a cartoon you owned a decal of. Working at the Cotton Club in Harlem in the '20s, Baby Esther was the slim, mocha flapper all these other flappers wished to be. Her voice gave rise to the sexy-but-infantile woman, with her close-cropped hair and her overt sexual references delivered in a squeaky tee-hee voice.

In 1950, just before James Dean would start working his magic on the loins of Liberace and the like, French gay criminal Marxist playwright Jean Genet made his only film, the 26-minute short called Un chant d'amour (A Song of Love). As its star, Genet cast his lover, Lucien Sénémaud. Sénémaud was married while he was banging Genet, but his wife was said to be unperturbed by the affair. At 18, Sénémaud carried the perfect mix of smoldering angst and rock-hard pecs to make this short, silent film so homoerotic, even the French wouldn't screen it publicly.


Born Gary Paradis, Sherman is a fascinating, bewitching, haunting brunette, looking like a young Sophia Loren, who went from Ohio orphan to chorus girl to star female impersonator to stripper to cosmetologist. In the early 1960s, she was taken under the wing of Tony Midnite at Chicago's famous drag bar, Nite Life. There, Sherman became a star, and eventually she became a highly sought-after escort. Just being seen with her on your arm could run you a hundred bucks.

In addition to starring in numerous pornographic films, Gayle was the focus of a series of articles, which were turned into the book I Want to Be a Woman! After getting breast implants, she wasn't allowed to "impersonate" females anymore and changed her name to Brandy Alexander.

Image courtesy of The Bunny Yeager Estate and Gavlak Gallery


Here's my favorite tidbit about swimwear pin-up model and photographer Bunny Yeagar: In Legs McNeil and Jennifer Osborne's gossipy porno history text The Other Hollywood, there's an FBI agent named Bill Kelly whose kind of King Buzzkill in the book. Kelly spend the rest of the book trying to put pornographers behind bars, and even he says, "I was in love with Bunny. When she was 30 years old, she was the best looking thing on two legs you ever saw." That's how hot Bunny Yeager was. She could get the closet perverts who pretended that perversion was a crime to openly admit they were perverts.

Linnea Eleanor Yeager worked with Bettie Page and took photos for Playboy. She claimed that she had a sort of professional rivalry with Russ Meyer, always trying to find more gorgeous girls than he had. And she worked on Doris Wishman's influential nudie cutie Nude on the Moon. Either way, whether she was behind the camera or in front of it, Bunny Yeager was a ridiculous level of hot. The world got a little colder when she left it last year.


For a man who once claimed to be a virgin, Andy Warhol sure knew an attractive man when he saw one. But for one second forget about Dallesandro's abs and long, silky hair and focus on what a traditional rebel badass he was. A Florida native, his mom goes to jail for auto theft and he has to go live with his dad, and then gets put in a foster home. Ok, there's the set up. Now for the part where he essentially become a parody of a James Dean character and punches his principal, joins a gang, and gets shot by cops while stealing cars.

Seriously, I'm pretty sure that Joe Dallesandro is bisexual out of the sheer necessity of not being physically able to turn down all the people that wanted him. Check out this review from Vincent Canby after seeing him as a hustler in Andy Warhol's Flesh (a film which was later appropriated for the cover of the first album by the Smiths): "His physique is so magnificently shaped that men as well as women become disconnected at the sight of him." I don't know what Canby's definition of "disconnected" is, but I can guess.

Used to be that the Mafia ran everything of real value. Maybe they still do. How would you know? But some things the definitely ran were bars like the Howdy Club in New York, which ran from 1935-1944. And some people they definitely employed were lesbian male impersonators like Blackie Dennis. It's really fun to come across a gender-bending icon's name in court documents against a mob boss wherein the witness is being questioned for moral character because they may have had perverted lesbian sex. Fun and revealing about what a nightmarish attitude this country had about woman-on-woman goodness for a long time.

In any case, Blackie was a crooner; that much we know. She had a penchant for tuxedos and even stripped. According to another drag king, Blackie landed a sugar mama who moved her into a place in Florida.


The Anonymous Woman Who Gives Birth In Mom And Dad

Kroger Babb was a filmmaker who found a way around the censors. See, it wasn't considered filth if it was about hygiene. So he made a number of sexploitation film under the guise of educating the public, the most successful of which was Mom and Dad. In it, a young June Carlson is not taught sex ed and then gets pregnant. There are rumors that this ended a couple ways, but no one cared about that story. It was the footage of a woman giving birth that people, namely men, packed into firehouses for screenings to see. For one glorious moment, there were genitals on screen. Then they were being rendered open by a baby head, but for a second they weren't, and that was enough.

Actually, she wasn't all that innocent even in her syndicated, upstanding strip. The entire plot revolved around this stenographer/model being so good looking, she served as a fashion plate for real women of the day. Is it any surprise that someone saw this and immediately dreamed of seeing her get nailed by the old man mogul who ran the company she worked for?

The Two Guys In The Surprise of a Knight

Everyone was anonymous in the making of this 10-minute short, for reasons of the movie being completely against the law. But this isn't like Genet's implied masturbation that happens 20 years later. This is full-on two guys pounding each other, although one of them was pretending to be a lady, because somehow that made this illegal movie slightly less illegal. Well, she pretends to be a lady until the end, hence the Surprise in the title. It all just goes to show that prohibition on sexual appetites is about as effective as outlawing breathing. Sooner or later, we all need a breath of fresh air.