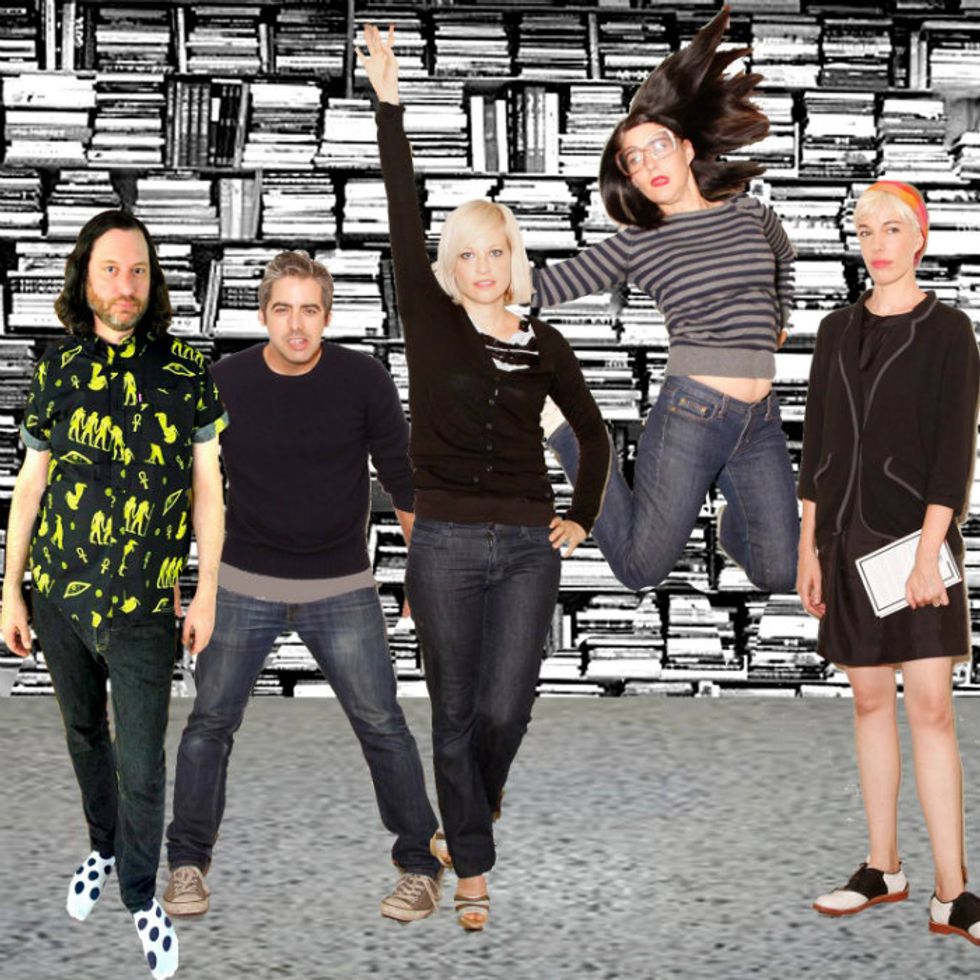 The modern music festival is a very strange institution, essentially creating a summer camp for adults with minimal consequences. Depending on your perspective, it's either exhausting and overwhelming or exciting, but no matter what it's interesting. In advance of this weekend's Pitchfork Music Festival, we asked a few of our favorite artists to answers some questions about their own festival experiences, who they're excited to see and what they're excited to do. Peep their proclivities below.

Festival culture is often, more or less, "anything goes." for attendees. Does this apply to bands too?

As a band, it definitely doesn't feel like you can do whatever you want -- you have to play well and do a good job. It's not the same thing, so [festivals] are definitely not the same experience for performer. I've never been to a festival as someone just interested in going to see bands.

If you haven't gotten to experience it, what's the most anyone at one of your sets has taken advantage of that freedom?

We just played Where the Wild Things are in the Netherlands, and this guy got on stage and was wearing a full tiger costume, and he was dancing around while we were playing, which was pretty cool. He stayed on stage for a full song, then we convinced him to crowd surf. That would not happen at a normal show. So yeah, I do think people get a little looser at festivals.

Does that change anything about the way you play?

To be honest, festival shows are a lot more pressure than normal shows -- I don't have this feeling of them being fun. A lot of times you don't get the sound check, you don't get to test the stage, you don't know what the monitors are going to sound like. If you're not a headlining band, things are kind of rushed -- you just go up there and play. I've had really good experiences, and really bad experiences where the monitors sound horrible. And playing outside is challenging, and if you're playing during the day... I've done a couple where the sun is so bright that I can't see the lights on my pedals.

Do you usually at least manage to catch other people's sets?

Yeah! We just played at Sled Island, and it was so fun because we played on one stage with like, King Tuff, Drive Like Jehu, Television, and Viet Cong, and we just stuck around and watched the entire day, basically, and it was a blast because it was so crazy to see every single band. That's what I love about it, getting to see all these bands I might not see normally.

Is there anyone in particular you're looking forward to seeing at Pitchfork?

Festivals are notorious for being spaces where you can let your inhibitions go, what is the best way you've taken advantage of this?

Do you have a festival drug or imbibe of choice?

Probably acid. Or probably (not actually), I would just want to wonder into the countryside, or end up accidentally setting fire to Dave Grohl or something.

I believe you're doing a live set, but if you were to come up with a DJ set on the spot what would a few songs you would want to include?

I would play everything from Four Tet to Richie Hawtin and then do something mental like finish on Annie Lennox. JOKE! I don't know. I'm rubbish at DJing.

How do you cut loose at a festival?

The way I usually cut loose at a festival is having too many cups of earl grey tea backstage.

You've probably had your fair share of festival experiences, tell me what your most memorable one was.

Who are you looking most forward to catching this festival? Why?

I'm really excited to see Waxahatchee on Sunday.  Also Perfume Genius, How to Dress Well, and Courtney Barnett.  Perfume Genius I keep hearing about but have never seen live.  I just saw How to Dress Well perform a song with a color guard team in Brooklyn and it was really great.  And Courtney Barnett is simply the coolest.  Great songs, total charisma, and no bullshit.

Is this your first time in the States?

Europe has an incredible festival culture. What's your most memorable festival experience?

Primavera Sound. It takes place in our city and we've gone there several times. I enjoyed the PiL [Public Image Limited] show there on 2011 or 2012 (I can't remember).

You guys are playing alongside some heavy hitters from years past. Who are you looking most forward to catching this festival?

We'd love to see New Pornographers. We missed them on Primavera Sound, so would be cool to catch them on Pitchfork.

Has your live show and approach to performing changed over the past year?

The change in the music has made it easier on me, just understanding the need for certain things based on being on certain tours or playing at certain festivals requires a different perspective.

How does that change the way you're approaching this weekend, specifically?

With more people, it's easier at festivals, honestly. You know, they just want to come see music and have a good time, it's not really based on what they're expecting from you, or what they're actually expecting as far as the music. So it's kind of easier to get people to react to the music, but you still got to prepare the best set, because a lot of people might not know who you are.

Does that make performing any of this material difficult?

It's less about that and more about the production and the mix and pacing and stuff like that..

Are you going to see anyone else perform at the festival?

Anyone particular you want to catch?

I know Chance is performing, so I want to see him.