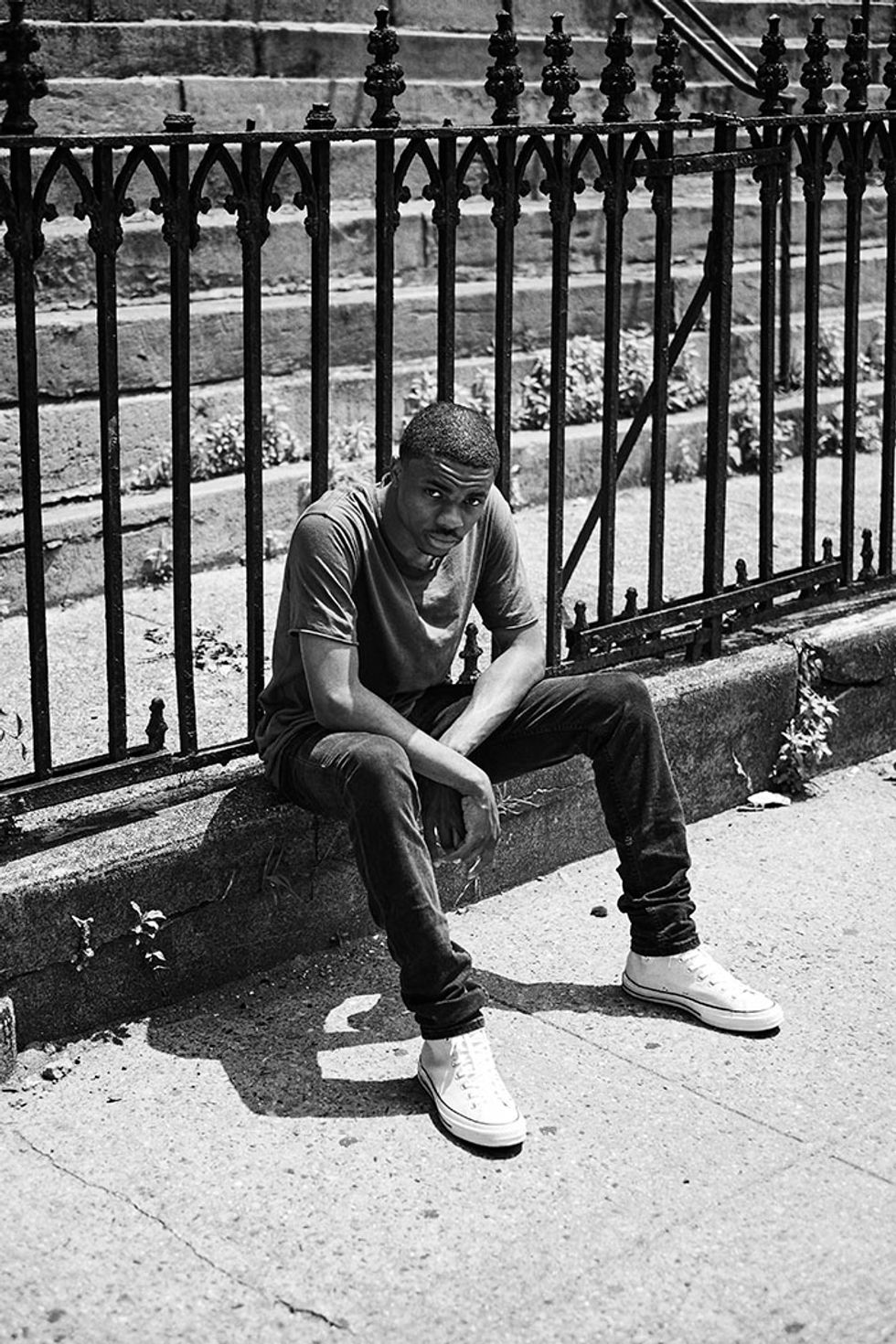 Vince Staples & Summertime '06: The Coming of Age Tale of One of Hip-Hop's Most Exciting New Voices

by Michael Tedder / photos by Eric White
PAPERMAG
For a guy who is constantly getting pegged as a savior to his genre, Vince Staples doesn't seem to particularly like rap music.

Staples was recently on the cover of XXL for their annual Freshman issue, an honor typically reserved for soon-to-be-superstars, and his debut album Summertime '06, out now via Def Jam, has been one of the most anticipated records of the year. His mixtapes and last year's Hell Can Wait EP have established the 21-year-old Long Beach, California resident as one of the most insightful MCs working today, but when asked about his early influences, he couldn't name one rapper who made a strong impact on him.

"We were reading The Outsiders, and she asked me if I understood the book and if I read it, and I said 'I didn't read it, but I know what it's about,' and I explained it to her in a way that she was blown away by. And I read the book after and I told her why I didn't like it," he says. He then elaborated on what he found lacking about S. E. Hinton's young-adult classic. "It was fake. I mean, I've been a gang member my whole life. Certain aspects would never happen to me. This isn't the reality of the situation."

Impressed with his natural writing talent, his teacher stayed on his case, even once going to find him in a nearby park "doing things I wasn't supposed to do," to get him to come back to class and stay focused. "Literally the best teacher I've ever had," he says of her. "I kind of got removed from that school, but that class was very important. Shout out to Ms. Brown."

As far as the rappers that inspired him back then? Staples says there weren't any. He gives  Snoop Dogg, easily the most famous rapper to make it out of Long Beach, a shout-out, but only because he donated money for a LBC community football team. That meant more to Staples than any music he was hearing. "We were inspired by the things that helped us better ourselves," he says, "because self-worth is something that lacks where I come from."

Staples' father went to prison when he was young, and most of his family was involved in gang life in one way or another. He eventually ended up living in the back of his aunt's house. "My friends, they all had houses. I never wanted anyone to come to my house, because you feel like you're less, you feel like you're not worth as much," he says. "But everyone needs a sense of pride."

By the time he met Ms. Brown, Staples was already deeply involved with the 2N Crips gang. "I started at a very early age. Things people were doing when they were 16, 17, 18 years old, I was doing when I was in the eighth grade," he says. "As far as street life goes, that's been a part of my life ever since I could remember." Summertime '06 is a double-disc exploration of Staples' time in the streets, and his fight for dignity and self-worth.

"One of my best friends died when we were 15 years old and if you ask people where I'm from, we'll all say that that changed who we were as people," he continues. On "Like It Is," Staples observes that "No matter what we grow into/ we never goin' escape our past," and Summertime '06 is him, now a preternaturally mature adult, looking back on his childhood and making sense of how he got out, "taking those experiences of being 15, 16, and understanding loss, and people dying and dying and dying and you being the one left and that sort of guilt, that sort of regret. You feeling like you're not a good friend because these things are happening around you and just..."

At this point in the interview, Staples began to tear up for a second, before stating, "Love and hate. That's what this album's about."

But Staples isn't one to give easy answers to complicated questions. He lost his friends to violence, but on Summertime '06, he also paints a picture of American gang life as the only option for kids in a broken system with nowhere to turn, refusing to separate the place where he's from and the gang that raised him.

"These are just institutions we have because we don't have a Boys & Girls Club," he says. (Interestingly enough, Staples has a cameo in the new hip-hop-fueled coming of age film Dope, which included a plot line in which a Boys Club is a front for a drug-dealing operation.) "Because of our location, these are the things we have," he says.  "I've never really gotten out of gang life because gang life is not criminal life.

Staples details the crimes he committed back then on Summertime '06 -- you can actually read annotations of his lyrics on Genius -- as well as his regret and shame. After his family sent him to live in Atlanta for eight months to live with his sister, Staples decided to go straight. He ended up meeting Syd Tha Kid and Earl Sweatshirt of Odd Future, and rapping on Earl's self-titled debut mixtape. He hadn't planned on becoming a rapper, but he didn't have any other plans and had dropped out of school, and with their encouragement he kept going, eventually forming the group Cutthroat Boyz with his friends Joey Fatts and Aston Matthews.

It was an interesting development in his life since Staples wasn't even a casual hip-hop fan growing up, content to just tune out whatever popular hip-hop was on the radio at the time. He never went through a phase where he was obsessed with Nas or Notorious B.I.G. like many young rap heads -- it was only after discovering that he had this natural talent and his friends pushing him to delve deeper, that he began downloading and studying artists like Wu-Tang Clan and UGK. His homework paid off, as his 2011 debut mixtape Shyne Coldchain Vol. 1, released while he was still a teenager, demonstrated this innate ability and his unsentimental take on his experiences. Staples was an immediate hit in mixtape circles and with his peers; both Mac Miller and Schoolboy Q took him out on the road as an opening act, and last year Common featured him on his most recent album, Nobody's Smiling.

Fast forward four years and No I.D., a longtime producer for Common and a one-time mentor to Kanye West, produced most of Summertime '06, an album which largely eschews guest verses or obvious radio hits, and relies on subtle, layered production that demands repeat listens. It's easy to compare Staples to Kendrick Lamar or YG, two other MCs that have offered detailed looks at the day-to-day strife of their hometowns, but Staples has a deliberate, restrained flow that feels distinctly his. He's not in love with the English language or the power of hip-hop. He's not impressed with his natural skill or the trappings of gang life, rap life or anything else you could offer. The only thing Staples seems to truly care about is trying to do right by his community.

Summertime '06 is a double-album, risky for a veteran artist and almost unheard of for a marketplace debut, but Staples says that Def Jam supported his decision to avoid obvious mainstream fair in favor of focusing on "something that can stand the test of time, and get to where these kids can really take something from it and learn something from it, and it'll be with them for a long time in their life." He continues, "let this music be a part of a portion in time they can reflect back on later in their life to help them get through their day.

"Because to me, it's really all about helping them get through their day. And helping them live their lives, because at times, life is a very hard thing to live."