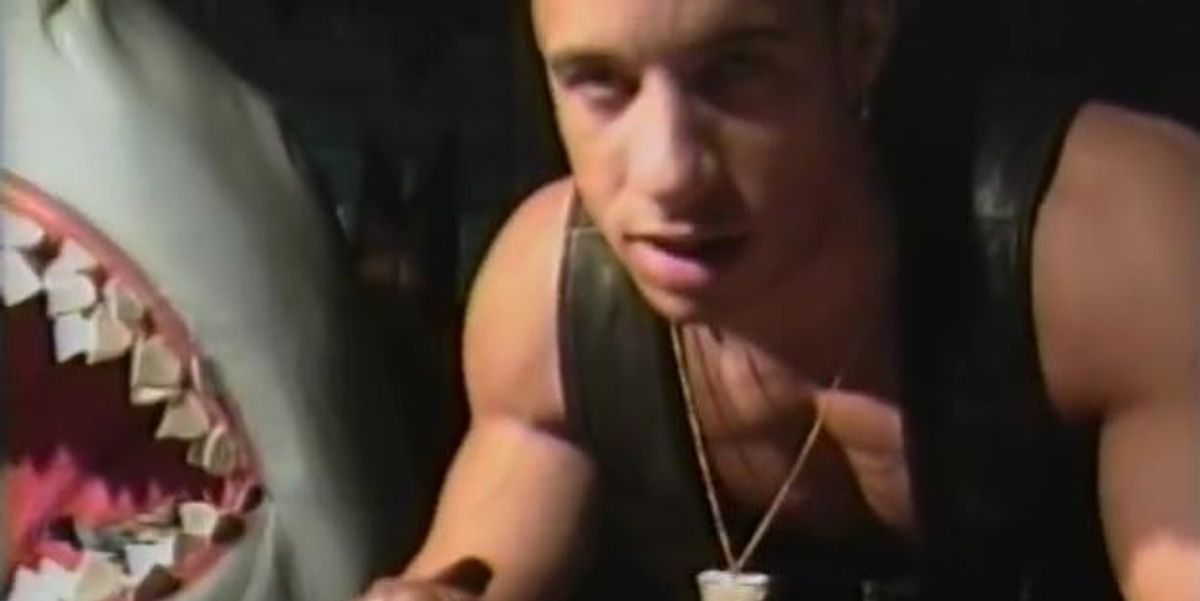 #TBT: A 1994 Video of Vin Diesel Looking Like a Leather Daddy and Playing With Shark Toys

A video of Vin Diesel from 1994, that was uploaded to YouTube last September, is currently making the Internet rounds.

In the bizarre clip, Vin is apparently working a humble, former gig of being the hype man for a line of "Street Shark" toys at a toy fair/tradeshow.

Donning a tight, leather vest that barely covers his absurdly ripped torso, the former breakdancer gives it his all, as he talks up the plastic predators in the most Vin Diesel way possible.

"This is Boomer," Vin tells the camera; "He's a whale shark--the biggest of them all. Say hello to that round pound of mound."

"Boomer loves to tenderize the competition before he eats it."

(describing the Great White figure) "He's the leader of the Street Sharks; he's got the feel of real shark skin, and a round house punch that sends his competition to a watery grave."

Vin then goes behind a podium, tells the camera, "I've got something here with such FINTASTIC detail that it'll blow you away..."

I'm very OK with that.

Vin, you truly are a national treasure.