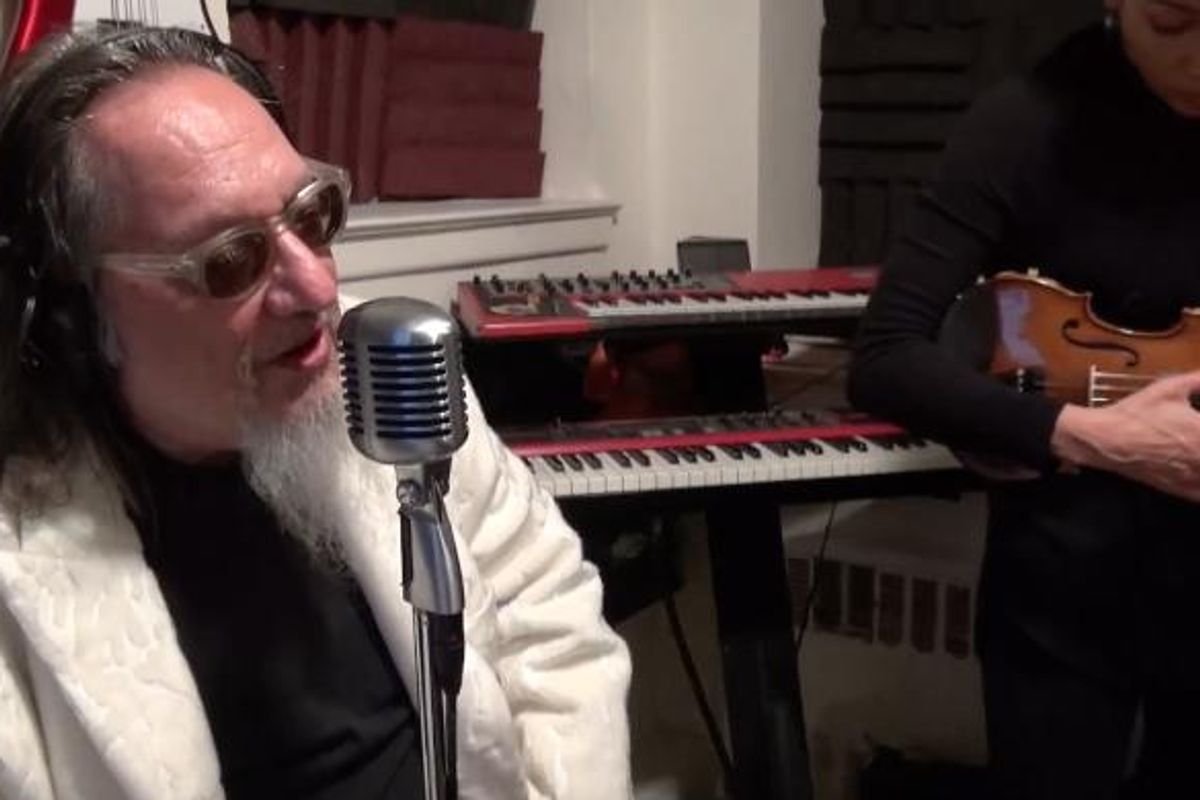 PREMIERE: Ratso Captures Our Post-Election Blues With His New Parody

One month after the devastating election results, author Larry "Ratso" Sloman has come up with a song that perfectly captures the sad, mad, and confused mood of soon-to-be Trump's America. Heartfelt and homey, with stabs of anger and parody, the track – titled "It's All Over Now: A Lament" – is a reworking of Bob Dylan's classic, "It's All Over Now, Baby Blue."

The music video perfectly portrays the underlying simmer of melancholy and anger in America today, intercutting home-video-esque footage of the band (featuring violinist Imani Coppola and Caged Animals' Vince Cacchione) playing at a warm hearth, surrounded by friends, with chaotic moments from the election – the commotion of Trump rallies, rowdy supporters with signs (that might as well have been pitchforks), and a golf-clapping Hillary.

"7 million of your voters just walked out the door – they stayed home, figuring they'd still be poor," Ratso interjects, before settling into Dylan's melancholy, "oh it's all over now, baby blue."

Something about the quiet anger, mixed with Bob Dylan's original sadness, speaks of a post-apocalyptic calm. Listen below: