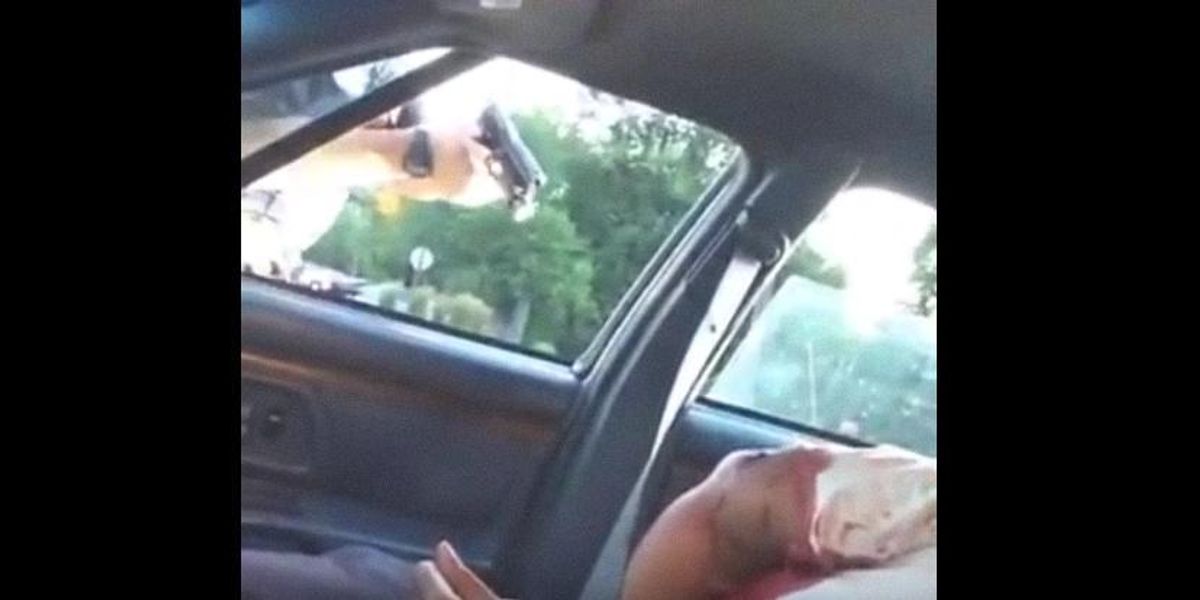 UPDATE: Here Is The Video of Philando Castile's Murder: The 2nd Black Man To Be Killed By Police In Less Than 48 Hours

UPDATE: Video of Diamond Reynolds--the girlfriend of Philando Castile, who lived streamed his execution by a police officer--grieving in front of a group of reporters has surfaced.

Reynolds and her 4-year-old daughter were detained for recording the murder on her Facebook live; she was released at 5 am this morning.

According to Reynolds, following the murder, the cops threw her phone that she recorded the murder on, and held machine guns to her back for an extended period of time.

Meanwhile, the cop who shot Philando five times was sent home to his family.

"I want justice," Reynolds continued, "[the officer] should not be home with his family. He should be somewhere, in jail, handcuffed."

In a horrifying turn of events, Philando Castile, 35, is the second black man in less than 48 hours to be murdered by police.

Castile and his girlfriend, Diamond Reynolds, and her 4-year-old daughter, were pulled over yesterday evening for a busted taillight in Falcon Heights, Minnesota.

According to Reynolds, Castile went to reach for his license and wallet in his glove compartment, and informed the officer that he had a license to carry a weapon, and that the gun inside the compartment was just because of that.

In the very graphic video Reynolds livestreamed--with her hands remaining on the wheel as ordered--you can see Castile, bleeding from his wounds, while the frazzled officer continues to point his weapon at Castile and Reynolds.

(Again, the video is EXTREMELY graphic)

Reynolds calmly narrates what is happening, as the cop grows visibly and audibly more unstable, realizing what he has just done.

Castile died shortly after being shot, and Reynolds was then forced to exit the car and be searched on the ground for weapons--her daughter was removed from the vehicle by police.

The two were then taken in the back of a police vehicle.

This morning, Reynolds recounted her story to the press, stating he Castile was shot 5 times; she alleges they left Castile's body in his car for a while.

Here is an official statement from Diamond:

Minnesota governor Mark Dayton released a statement this morning, asking the White House to persuade the U.S. Depart of Justice to investigate Castile's murder, adding that he is dedicated to assure "that justice in this case is served."