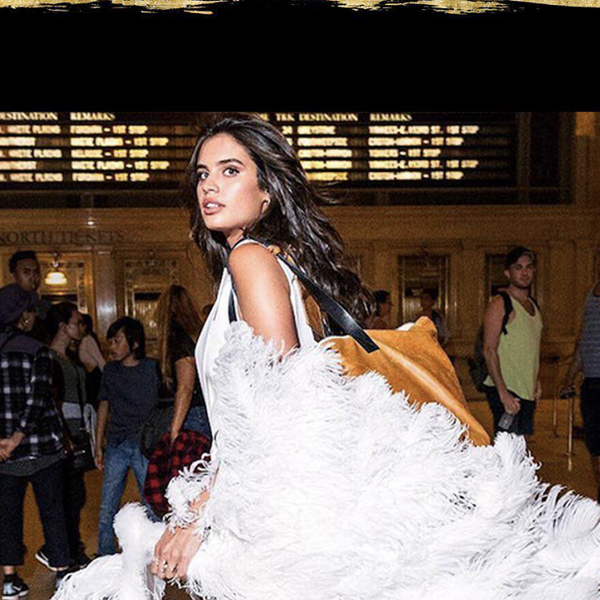 We don't yet know when the next Victoria's Secret Fashion Show will take place, but we do know where: New York City. Sometime this November the Angels will once more descend upon the Big Apple after a few years abroad in Shanghai and Paris.

This is the 16th Fashion Show to take place in New York since the tradition began in 1995, and Victoria's Secret has been posting a series of NYC-themed images on Instagram to celebrate the homecoming –– featuring Angels carrying their wings while hailing taxis, exiting the subway, and running for trains at Grand Central Station.

The line up isn't yet fully confirmed, but you'll see old and new favorites on the runway: Winnie Harlow is making her debut, and the likes of Barbara Palvin, Josephine Skriver, Elsa Hosk, Sara Sampaio, and Shanina Shaik will return.

The Angels are probably grateful to come back home –– last year Gigi Hadid experienced last minute visa issues when trying to enter China and walk the show, and was forced to pull out at the last minute.