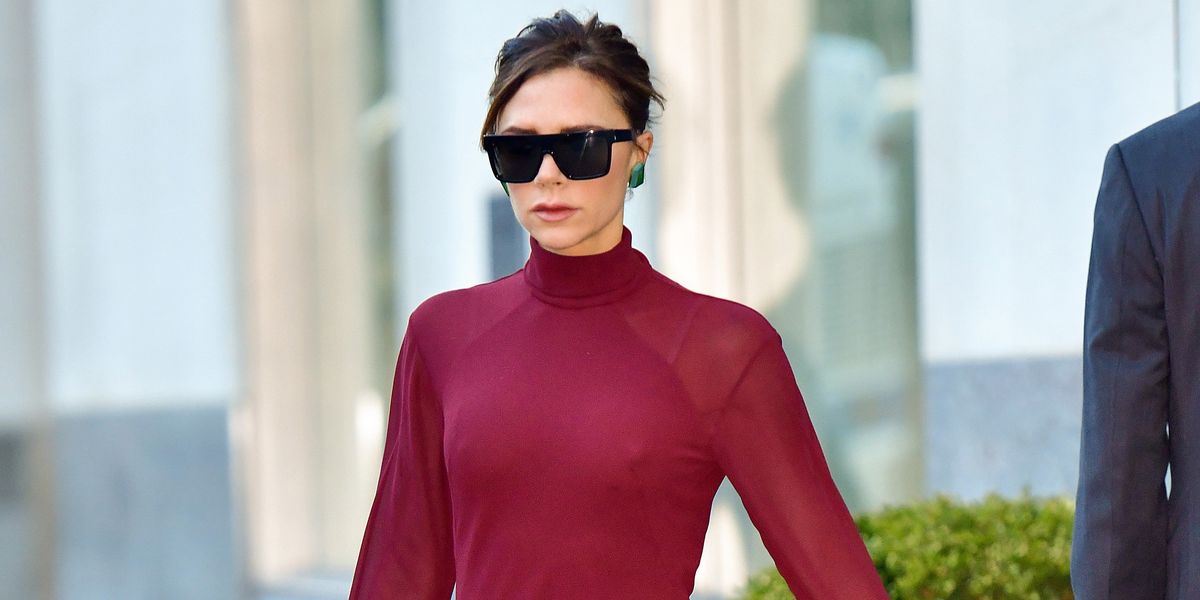 Nearly three years have passed since Victoria Beckham came under fire for using sickly thin models on her Spring '16 New York Fashion Week runway, and it appears she hasn't learned from her mistake.

The poster girl for Beckham's Spring '18 eyewear is 29-year-old Lithuanian model Giedre Dukauskaite — she is featured wearing billowy garments of peach and beige in the designer's latest tweet: "Back to work! Start the year with new frames from the Spring Summer 2018 #VBEyewear collection inspired by 1970s retro classics and updated for a feathery-light, fresh and modern look."

The image is almost as shocking as Beckham's "feathery-light" word choice. Dukauskaite's head balances over her tall, waif-like frame — the oversized glasses are the last thing you notice.

In his Monday column for Daily Mail, journalist and TV personality Piers Morgan wrote, "Victoria Beckham's shocking and shameful promotional image made me feel physically sick — but will have a far more damaging effect on many impressionable young girls who see it."

Fans and observers on social media were quick to agree. Twitter user @sallyhelston added, "This model may be naturally slim and she is beautiful! However using models that are this thin creates an unrealistic goal for most girls and is highly irresponsible!"

Beckham has yet to respond to the backlash.

This campaign opposes recent decrees published by the French Parliament that require a doctor's approval for models to work. It also goes against efforts made by leaders in French luxury like LVMH and Kering, who established a charter that supports models' well-being and vows not to use unhealthy models. Hopefully Beckham will structure her next photoshoot with these standards in mind.