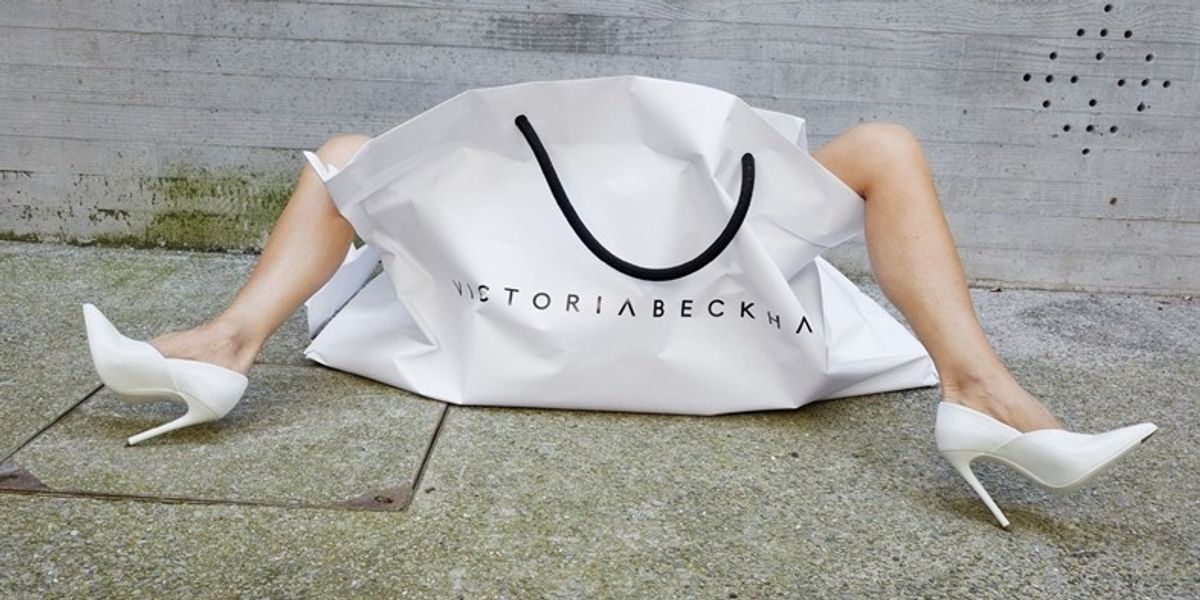 Victoria Beckham and Juergen Teller have recreated one of the designer's most iconic photoshoots in celebration of her brand's 10-year anniversary. And, while she's been part of the Spice Girls, shot numerous magazine covers, for her own brand, and more, it's her Marc Jacobs advertisement from 2008 that is perhaps one of the most beloved. You know the one: Beckham in a life-size MJ shopping bag, head popping out of one, nothing but her feet visible in the other. The style icon is back at it for fall, teaming with Teller for the shoot, of course, as he was the one who shoot the images a decade ago.

The campaign is actually the first one for her brand that she, herself, has appeared in. And, while some of the images show just her splayed feet, while others depict her legs as she walks with the bag over her torso, there is one image that has been released that shows Beckham's face as she crawls from the bag. Teller is also shown emerging from the giant branded shopping bag behind her.

In a press release from the brand, Beckham explained that the original campaign, though for friend Jacobs and not her own namesake label, represented her life more than we might realize. "When Marc Jacobs featured me coming out of a shopping bag a decade ago it really was just the beginning of my journey into the fashion industry," Beckham said. "It was funny and ironic and brilliantly captured by Juergen Teller. And it came out just as I was about to present my debut collection. So what better way of illustrating the story of the past 10 years than by revisiting the creative but this time with my own branded bag."

The limited edition T-shirts are available to purchase now on victoriabeckham.com.