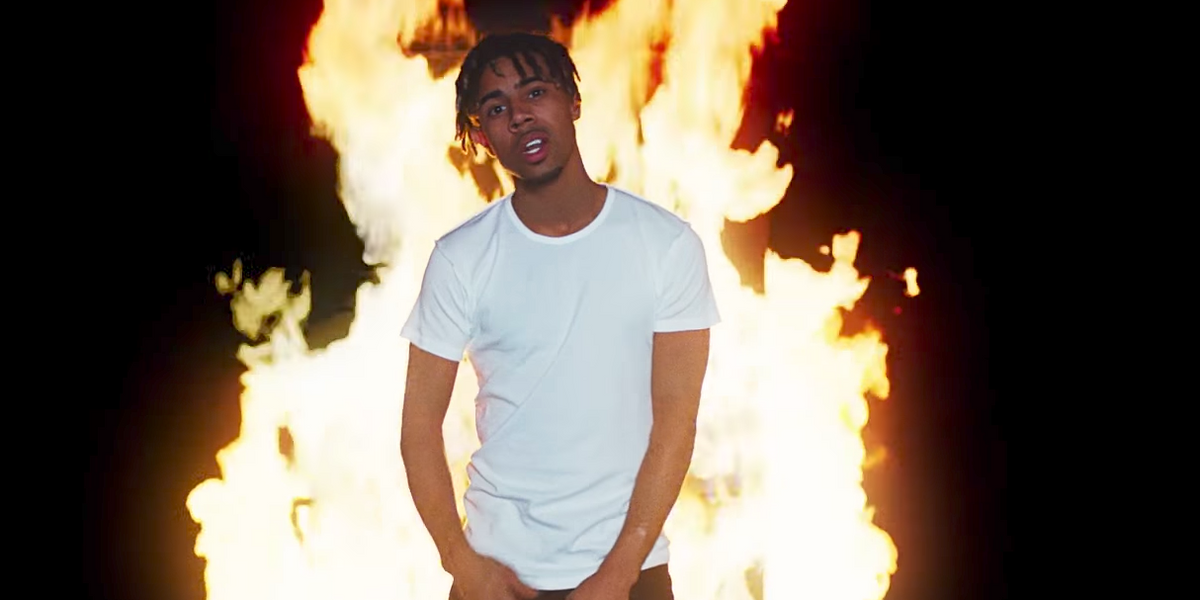 Vic Mensa, whose rise to fame is near unbelievable considering he's never put out a full-length project, is finally dropping his debut album and if we have anything to go on considering his recent releases — it's going to be stellar.

"Rage" is the latest visual from The Autobiography which drops July 28. In it, the Chicago native uses a plane crash as a metaphor for his own rocky road with addiction and mental health struggles. The video sees Mensa fight to survive as his plane dives into the ocean.

"This music video and song were done before the rest of the album was recorded," Mensa told The Fader, "and really laid the foundation for the emotions that would become The Autobiography."