Last night, VFILES showcased their 11th group show complete with musical performances and a celebrity-filled front row. Rapper Rico Nasty opened the show in a custom look by Di Du, one of the four international designers selected to showcase their designs on the runway. Brooke Candy, The Real Housewives of Beverly Hills' Erika Jayne, and rapper YG were also among the musical guests who performed.

The four designers who presented their Spring 2020 collections were handpicked from thousands of submissions VFILES received this summer. Organized in partnership with marketplace app Depop, the event was held in Brooklyn's Barclays Center and a capsule of VFILES pieces designed by the four designers were made available on Depop shortly afterwards.

Over 2,000 tickets were made available to the public at the sold out event, while guests including Lisa Rinna, Teddi Mellencamp, Denise Richards, Gigi Gorgeous, and Nicola Formichetti sat in the front row watching the collections from the four winners: Di Du, Wesley Harriott, Nico Verhaegen, and Pierre-Louis Auvray.

The Chinese born designer, who is based in Belgium and graduated from Antwerp's Royal Academy of Fine Arts, presented a bold, confident collection of clothes that went big on futuristic materials and 3D printed accessories. She played with different fabrics and hard/soft elements throughout, such as lightweight feathers and pastel silk chiffons alongside colorful metals and tough buckle details. Her signature avant-garde designs and subversive take on femininity were particularly noticeable in the asymmetrical, see-through crop tops and belt closures on the torso. 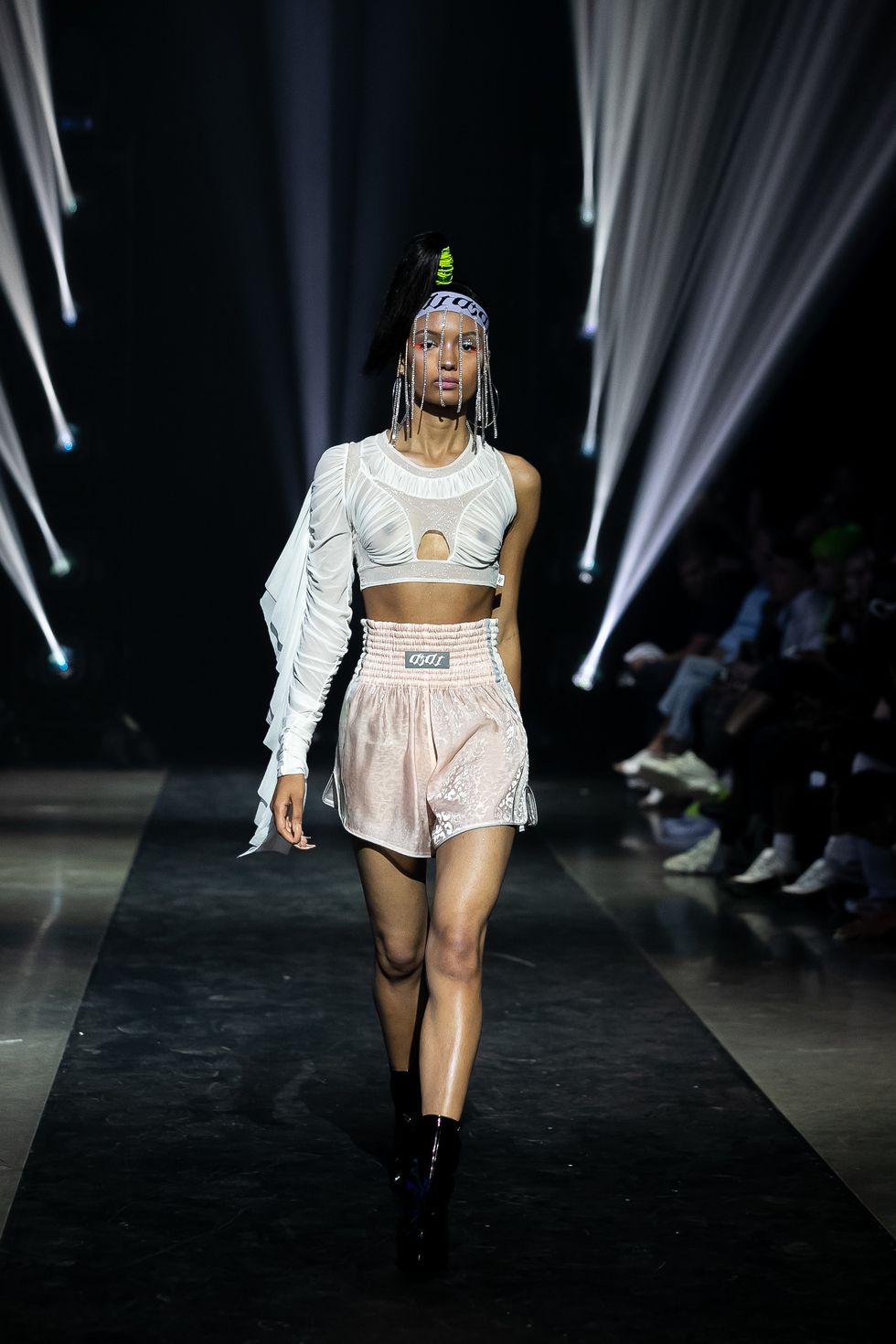 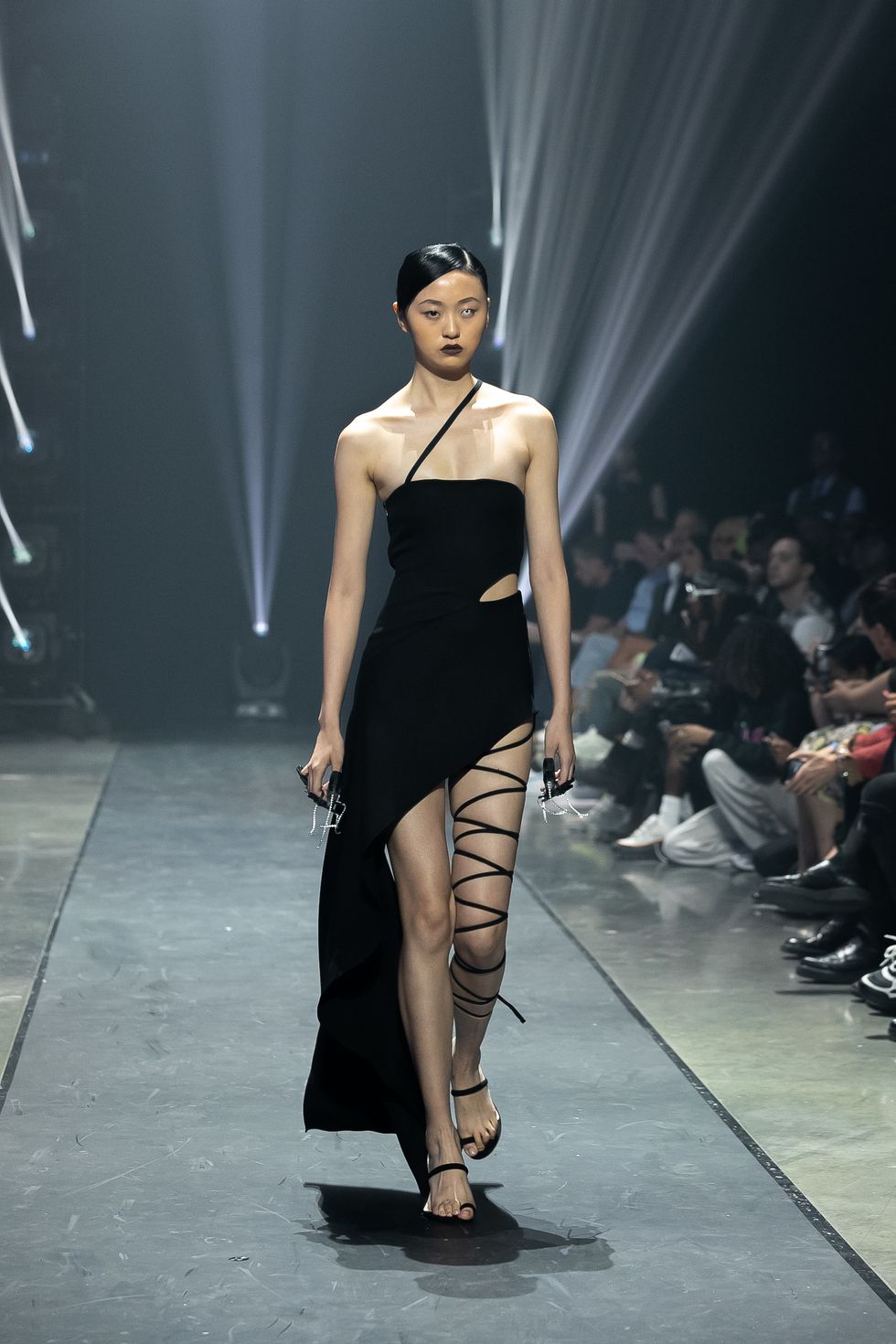 Nico Verhaegen also graduated from the Royal Academy of Fine Arts in Antwerp, where his menswear label is based. This season, Verhaegen took inspiration from decay and rebirth, as well as the frail state of big, urban cities. These themes played out in rustic, cracked fabrics on oversized jackets and heavy-duty pants with exposed selvedge detailing. He also experiments with sustainable materials such as CO2 neutral linens and recycled nylons among other eco-friendly fibers. 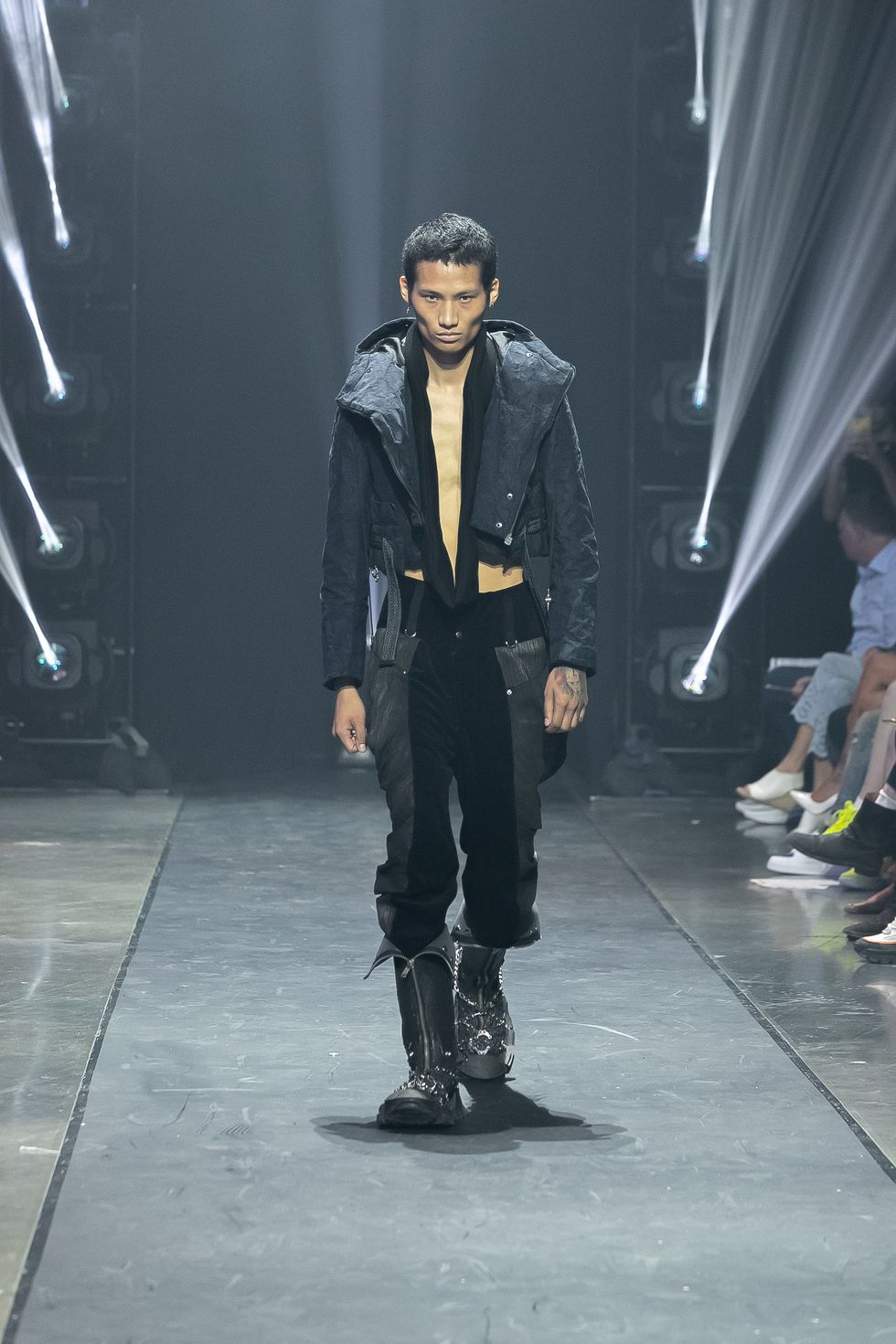 Pierre-Louis Auvray graduated from Central Saint Martins in London, where he apprenticed at King and Allen Tailors and interned with the Louis Vuitton design team. His design process is influenced by technology and likes to work with old, discarded fabrics. The collision between clothing and technology acted as a starting point for his latest collection, which blurs the lines between synthetic and natural materials, such as chunky wool knits infused with upcycled scraps of plastic and electronic parts. 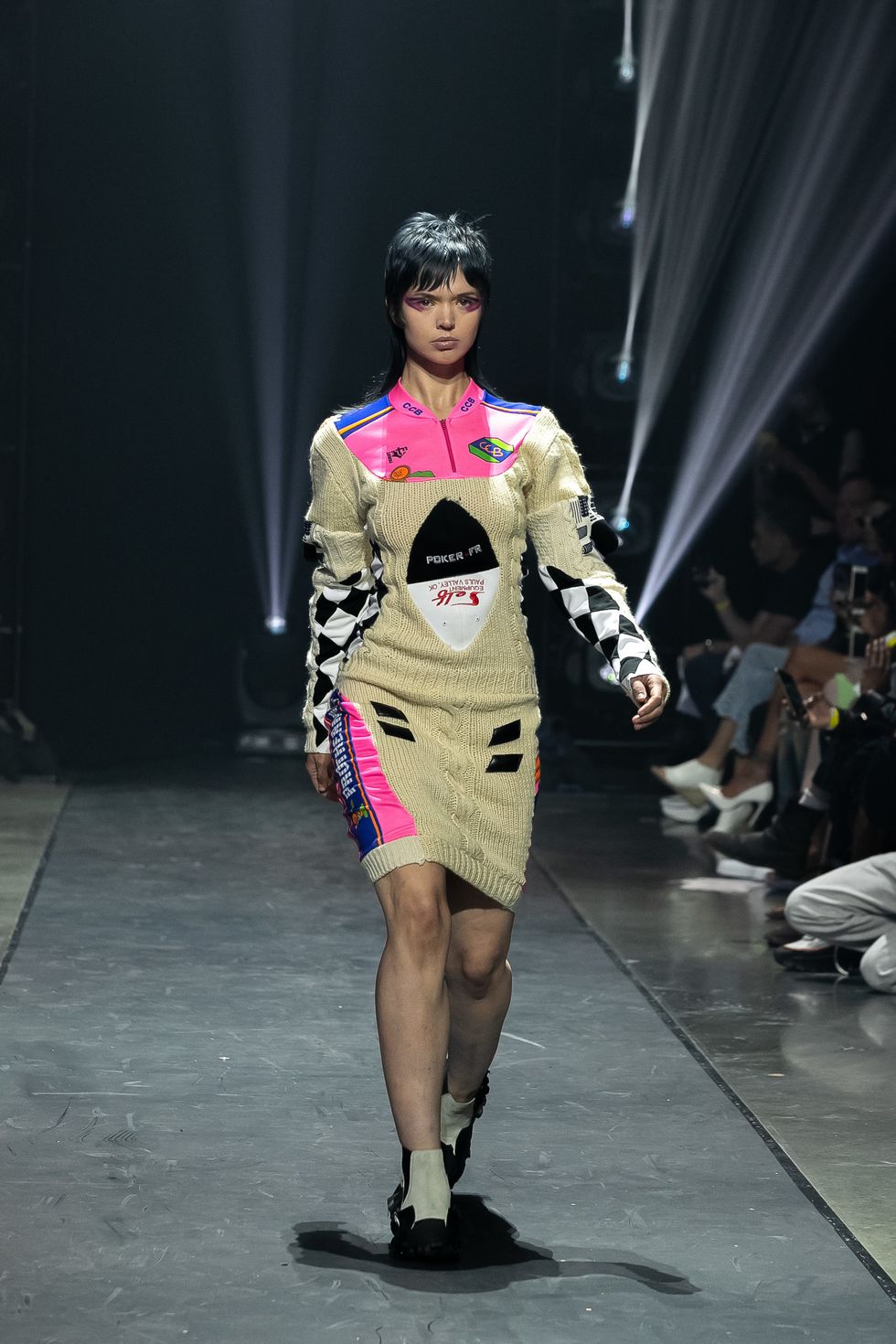